A Midsummer Night's Dream is a comedy play by William Shakespeare, believed to have been written between 1590 and 1596. It portrays the events surrounding the marriage of the Duke of Athens, Theseus, and Hippolyta. These include the adventures of four young Athenian lovers and a group of six amateur actors, who are controlled and manipulated by the fairies who inhabit the forest in which most of the play is set. The play is one of Shakespeare's most popular works for the stage and is widely performed across the world.

The play features three interconnecting plots, connected by a celebration of the wedding of Theseus of Athens and the Amazon queen, Hippolyta, which is set simultaneously in the woodland and in the realm of Fairyland, under the light of the moon.[1]

In the opening scene, Hermia refuses to follow her father Egeus' instructions to marry Demetrius, whom he has chosen for her, because she wishes to marry another man named Lysander. In response, Egeus invokes before Theseus an ancient Athenian law whereby a daughter must marry the suitor chosen by her father, or else face death. Theseus offers her another choice: lifelong chastity while worshipping the goddess Diana as a nun.

At that same time, Peter Quince and his fellow players gather to produce a stage play, "the most lamentable comedy and most cruel death of Pyramus and Thisbe", for the Duke and the Duchess.[2] Quince reads the names of characters and bestows them to the players. Nick Bottom, who is playing the main role of Pyramus, is over-enthusiastic and wants to dominate others by suggesting himself for the characters of Thisbe, the Lion, and Pyramus at the same time. He would also rather be a tyrant and recites some lines of Ercles. Quince ends the meeting with "at the Duke's oak we meet".

Meanwhile, Oberon, king of the fairies, and his queen, Titania, have come to the forest outside Athens. Titania tells Oberon that she plans to stay there until she has attended Theseus and Hippolyta's wedding. Oberon and Titania are estranged because Titania refuses to give her Indian changeling to Oberon for use as his "knight" or "henchman," since the child's mother was one of Titania's worshippers. Oberon seeks to punish Titania's disobedience, so he calls for his mischievous court jester Puck or "Robin Goodfellow" to help him concoct a magical juice derived from a flower called "love-in-idleness", which turns from white to purple when struck by Cupid's arrow. When the concoction is applied to the eyelids of a sleeping person, that person, upon waking, falls in love with the first living thing they perceive. He instructs Puck to retrieve the flower with the hope that he might make Titania fall in love with an animal of the forest and thereby shame her into giving up the little Indian boy. He says, "And ere I take this charm from off her sight, / As I can take it with another herb, / I'll make her render up her page to me."

Hermia and Lysander have escaped to the same forest in hopes of eloping. Helena, desperate to reclaim Demetrius's love, tells Demetrius about the plan and he follows them in hopes of killing Lysander. Helena continually makes advances towards Demetrius, promising to love him more than Hermia. However, he rebuffs her with cruel insults against her. Observing this, Oberon orders Puck to spread some of the magical juice from the flower on the eyelids of the young Athenian man. Instead, Puck mistakes Lysander for Demetrius, not having actually seen either before, and administers the juice to the sleeping Lysander. Helena, coming across him, wakes him while attempting to determine whether he is dead or asleep. Upon this happening, Lysander immediately falls in love with Helena. Oberon sees Demetrius still following Hermia and is enraged. When Demetrius decides to go to sleep, Oberon sends Puck to get Helena while he charms Demetrius' eyes. Upon waking up, he sees Helena.
...
..
.
.

There is an alien invasion. Shoot the evil aliens before they capture Earth.

Mahjong solitaire is a solitaire matching game that uses a set of mahjong tiles rather than cards. It is also known as Shanghai solitaire, electronic or computerized mahjong, solitaire mahjong and erroneously as mahjong. The tiles come from the four-player game known as mahjong. The 144 tiles are arranged in a special four-layer pattern with their…

Catch Battle is a classic pen and paper game also called Dots & Boxes now on your phone! Play against Android, your friend or compete with players from all over the world and become a Master! Features: • Play with friend on 1 device (Past & Play) • Play with other players (Multiplayer) • A lot board sizes Now you can play Catch Battle &a…

Its easier to find a bus, bike, ride with Smart Rider RFTA app. Enjoy Smart Rider because its designed for the Roaring Fork Valley region and Play. From grabbing a coco-latte to whitewater rafting, getting there is easier. RFTA's Bus Rapid Transit offers service from Aspen Snowmass to Glenwood and Rifle area and points between. Next Bus tells y…

AkkenOnTheGo is the staffing and recruiting efficiency improvement platform. AkkenOnTheGo helps Staffing and Recruiting companies improve their efficiency, place more people into quality paying positions and increase customer retention. AkkenOnTheGo is simple to use, with a fully integrated front office including social media, back office and intra…

LUI is a place where you can share your deepest, darkest, secrets with the people around you - completely anonymously! People will see the secrets you post, but they won’t know it’s from you. All they’ll see is the location of the post, which can only be seen as far as you let it - you set the radius - 100m or a kilometre, it’s up to you! What se…

Stress management starts with identifying the sources of stress in your life. This isn't as easy as it sounds. Your true sources of stress aren't always obvious, and it's all too easy to overlook your own stress-inducing thoughts, feelings, and behaviors. Sure, you may know that you're constantly worried about work deadlines. But ma… 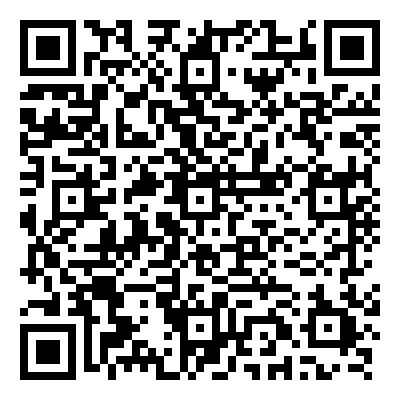