Oliver Twist, subtitled The Parish Boy's Progress, is the second novel by English author Charles Dickens, published by Richard Bentley in 1838. The story is about an orphan, Oliver Twist, who endures a miserable existence in a workhouse and then is placed with an undertaker. He escapes and travels to London where he meets the Artful Dodger, leader of a gang of juvenile pickpockets. Naïvely unaware of their unlawful activities, Oliver is led to the lair of their elderly criminal trainer Fagin.

-Workhouse and first jobs
Oliver Twist was born into a life of poverty and misfortune in a workhouse in an unnamed town (although when originally published in Bentley's Miscellany in 1837 the town was called Mudfog and said to be within 70 miles north of London – in reality this is the location of the town of Northampton). Orphaned almost from his first breath by his mother's death in childbirth and his father's unexplained absence, Oliver is meagerly provided for under the terms of the Poor Law, and spends the first nine years of his life at a baby farm in the 'care' of a woman named Mrs. Mann. Oliver is brought up with little food and few comforts. Around the time of Oliver's ninth birthday, Mr. Bumble, the parish beadle, removes Oliver from the baby farm and puts him to work picking and weaving oakum at the main workhouse. Oliver, who toils with very little food, remains in the workhouse for six months. One day, the desperately hungry boys decide to draw lots; the loser must ask for another portion of gruel. The task falls to Oliver, who at the next meal tremblingly comes up forward, bowl in hand, and begs Mr. Bumble for gruel with his famous request: "Please, sir, I want some more".

A great uproar ensues. The board of well-fed gentlemen who administer the workhouse hypocritically offer five pounds to any person wishing to take on the boy as an apprentice. A brutal chimney sweep almost claims Oliver. However, when he begs despairingly not to be sent away with "that dreadful man", a kindly old magistrate refuses to sign the indentures. Later, Mr. Sowerberry, an undertaker employed by the parish, takes Oliver into his service. He treats Oliver better, and because of the boy's sorrowful countenance, uses him as a mourner at children's funerals. However, Mr. Sowerberry is in an unhappy marriage, and his wife takes an immediate dislike to Oliver – primarily because her husband seems to like him – and loses few opportunities to underfeed and mistreat him. He also suffers torment at the hands of Noah Claypole, an oafish but bullying fellow apprentice and "charity boy" who is jealous of Oliver's promotion to mute, and Charlotte, the Sowerberrys' maidservant, who is in love with Noah.

While attempting to bait Oliver, Noah insults Oliver's biological mother, calling her "a regular right-down bad 'un". Oliver flies into a rage, attacking and even beating the much bigger boy. Mrs. Sowerberry takes Noah's side, helps him to subdue, punch, and beat Oliver, and later compels her husband and Mr. Bumble, who has been sent for in the aftermath of the fight, to beat Oliver again. Once Oliver is sent to his room for the night, he does something that he had not done since babyhood – he breaks down and weeps. Alone that night, Oliver finally decides to run away, and, "He remembered to have seen the waggons, as they went out, toiling up the hill. He took the same route," until a well-placed milestone sets his wandering feet towards London.
...
..
.
.

The official USM Radio App for your phone Get it now and stay tune with: -Events -Music -Social Network - Radio and more

Here we are! By popular demand, App Gratuita has finally arrived on the Android! Every day App Gratuita chooses among the infinite number of Apps available on Google Play, and brings you the coolest and most interesting apps that are either FREE or discounted up to 90%! Thanks to AppGratuita you can also save by taking advantage of our promocode, w…

Welcome to the greatest free pe server on Google Play. Its survival and you get to play with people around the world. The greatest part is there are only to major rules one no cusing and two no griefing and thats it. Check it out now. Please note if you curse you will be banned permanently. This server is not whitelisted.Please do not ask to be ope… 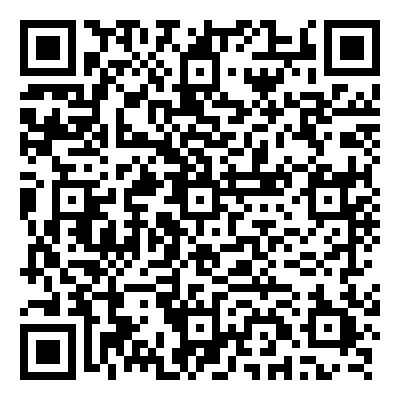