-
Uncle Tom's Cabin; or, Life Among the Lowly, is an anti-slavery novel by American author Harriet Beecher Stowe. Published in 1852, the novel "helped lay the groundwork for the Civil War", according to Will Kaufman.

-
[Eliza escapes with her son, Tom sold "down the river"]
The book opens with a Kentucky farmer named Arthur Shelby facing the loss of his farm because of debts. Even though he and his wife Emily Shelby believe that they have a benevolent relationship with their slaves, Shelby decides to raise the needed funds by selling two of them?Uncle Tom, a middle-aged man with a wife and children, and Harry, the son of Emily Shelby’s maid Eliza?to a slave trader. Emily Shelby is averse to this idea because she had promised her maid that her child would never be sold; Emily's son, George Shelby, hates to see Tom go because he sees the man as his friend and mentor.

When Eliza overhears Mr. and Mrs. Shelby discussing plans to sell Tom and Harry, Eliza determines to run away with her son. The novel states that Eliza made this decision because she fears losing her only surviving child (she had already miscarried two children). Eliza departs that night, leaving a note of apology to her mistress.

Tom is sold and placed on a riverboat which sets sail down the Mississippi River. While on board, Tom meets and befriends a young white girl named Eva. Eva's father Augustine St. Clare buys Tom from the slave trader and takes him with the family to their home in New Orleans. Tom and Eva begin to relate to one another because of the deep Christian faith they both share.

[Eliza's family hunted, Tom's life with St. Clare]
uring Eliza's escape, she meets up with her husband George Harris, who had run away previously. They decide to attempt to reach Canada. However, they are tracked by a slave hunter named Tom Loker. Eventually Loker and his men trap Eliza and her family, causing George to push Loker down a cliff. Worried that Loker may die, Eliza convinces George to bring the slave hunter to a nearby Quaker settlement for medical treatment.

Back in New Orleans, St. Clare debates slavery with his Northern cousin Ophelia who, while opposing slavery, is prejudiced against black people. St. Clare, however, believes he is not biased, even though he is a slave owner. In an attempt to show Ophelia that her views on blacks are wrong, St. Clare purchases Topsy, a young black slave. St. Clare then asks Ophelia to educate her.

After Tom has lived with the St. Clares for two years, Eva grows very ill. Before she dies she experiences a vision of heaven, which she shares with the people around her. As a result of her death and vision, the other characters resolve to change their lives, with Ophelia promising to throw off her personal prejudices against blacks, Topsy saying she will better herself, and St. Clare pledging to free Tom.

[Tom sold to Simon Legree]
Before St. Clare can follow through on his pledge, however, he dies after being stabbed outside of a tavern. His wife reneges on her late husband's vow and sells Tom at auction to a vicious plantation owner named Simon Legree. Legree (a transplanted northerner) takes Tom to rural Louisiana, where Tom meets Legree's other slaves, including Emmeline (whom Legree purchased at the same time).

Legree begins to hate Tom when Tom refuses Legree's order to whip his fellow slave. Legree beats Tom viciously and resolves to crush his new slave's faith in God. Despite Legree's cruelty, however, Tom refuses to stop reading his Bible and comforting the other slaves as best he can. While at the plantation, Tom meets Cassy, another of Legree's slaves. Cassy was previously separated from her son and daughter when they were sold; unable to endure the pain of seeing another child sold, she killed her third child.
...
..
.
.

Unscramble Anagram is a fun new anagram game! Twist, twirl, mix, and unscramble your way through text to find as many words as you can! Exercise your brain and try to beat your own or your friends top scores on the leaderboards. Anagrams are more fun than ever - PLAY NOW! ***SIMPLE, YET ADDICTIVE!*** Look at the letters - spell words. If you get s…

Join Cecil the Duck as he adds, subtracts, multiplies, divides and QUACKS his way to fun! This simple, fun and easy to use calculator application is perfect for young children and those young at heart. With the press of a button, Cecil the Duck jumps, quacks and computes! Be forewarned, the quacking can get fun! Use the options to select one o… 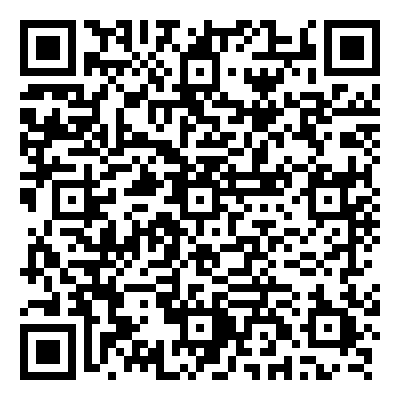