Fulldive VR - Virtual Reality App Launcher allows all your apps to be easily launched through a VR interface. This is only the app extension and not the full version, which is compatible with both Cardboard and Daydream headsets.

You can have the full experience by downloading Fulldive - VR Virtual Reality in Google Play. Link here: https://play.google.com/store/apps/details?id=in.fulldive.shell&hl=en

FullDive is a platform for virtual reality that connects with your smartphone. This allows the user to have easy and affordable access to a new world of media. You can watch videos like in a movie theater, stream YouTube videos like they have never been seen before, and even check social media from a completely unseen angle.

FullDive is a virtual reality unit for the masses. Gone are the days when you need to be sitting in front of a screen to watch a movie. There’s no need to be paying thousands for a large television set to enjoy the movies you love.

Mission of The Future

Our mission is to create 3D virtual reality glasses that connect to your smartphone, so it’s easy for developers and users to use. We want this to be available and affordable to every person who owns a smartphone.

Founders Ed and Yosen are bringing this vision from the tech capital of the world, Silicon Valley. With humble backgrounds, the team is passionate about giving the VR experience not only here, but also to third world countries that can’t afford expensive kits. FullDive will be there in the near future.

Play With the Future

FullDive’s software works with smartphone technology to display a much larger screen in virtual reality glasses. The screen is split into two images and displayed for each eye to create a cinematic 3D view, all from your smartphone.

In the near future, you will also have access to Netflix, Hulu, and Roku through FullDive Stream, so you can watch a massive selection of movies in virtual reality. And FullDive Bolt will allow you to stream straight from your computer screen.

"Ganz schön clever" is a fast but smart dice game for clever players of all ages. The dice want to be chosen quite clever here. Cause good choices can lead to tricky chain reactions to fill more than one field at a time. Each selected dice entered in the color-matched area which will provide victory points at the end of the game. But be…

Pocket Rogues is a dynamic old school Action-RPG designed in the Roguelike genre. Here, you have to shoot your way out of hordes of monsters by traveling through unique and randomly generated locations and develop your own fortress and heroes. Real-time battles will challenge any hardcore player, and research for environment and many unusual techn…

"Emergency Call 112- The Fire Fighting Simulation" was developed in close cooperation with the Fire department in Mülheim an der Ruhr, Germany. Player tasks are based on real fire fighting operations and have been optimized for mobile devices. No matter whether it is a deployment journey with flashing blue lights or fighting fire with the…

What's new in the 2.1 update: - You can now play with up to 3 friends using split screen - Gamepads are supported - Many additions to survival: food rot, sickness, flu, rivers, new animals - Customizable paint colors ...see full list of 115 additions at https://kaalus.wordpress.com/updates-history You are marooned on the shores of an infinit…

Grab your backpack, it’s time for My Town : Preschool! Build and play in your very own preschool. There are hours of fun ahead for telling stories about what life at school is like. My Town : Preschool has 8 unique locations to explore. You can dress up the children before they get to school, take care of them when they get hurt on the playground a…

Uncertain of his sister's fate, a boy enters LIMBO. What the press said: “Limbo is as close to perfect at what it does as a game can get.” 10/10 – Destructoid “The game is a masterpiece.” 5/5 – GiantBomb “Limbo is genius. Freaky, weird genius. Disturbing, uncomfortable genius.” 5/5 – The Escapist “Dark, disturbing, yet eerily beaut…

With this official audioguide you can discover the past and present of the Palace of La Granja de San Ildefonso, through videos, historical images and high resolution photos. You can select the route that best suits your tastes and time available! In addition, this app includes subtitles, sign language videos and audio descriptions for the visually… 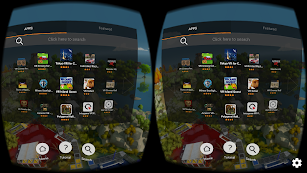 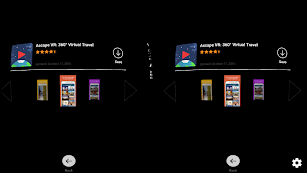 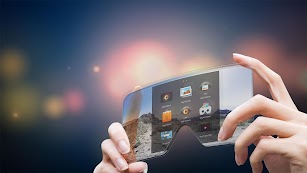