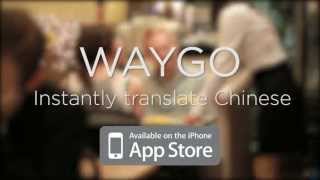 Instant translation of Chinese and Japanese characters into English

Seriously folks, the future is now. Waygo's come to Android at last, which means that you too are able to point your device at characters that totally incomprehensible to you and instantaneously derive meaning, delicious meaning. Waygo translates Chinese and Japanese characters into English, instantly.

You may collect your jaw from the floor.

If you're reading this review, you're clearly learned in Roman characters, so you're able to tough it out around, say, Europe, even without being a dedicated polyglot. The world of Asian glyphs, though, has remained largely impenetrable to those with a Roman-character background without dedicated learning, probably years of it.

All you have to do is point the camera of your device at the text you want to translate. Center it in the box to get an immediate readout in English below. BAM. It really is that fast and simple. It doesn't even require a data connection.

You'll see a pinyin pronunciation of the words if you're translating from Chinese. If desired, you can also share your translations through whatever messager/social media you like.

This free version gives you the full capacity of the app, but limits daily translations to 10 maximum. An upgrade lets you translate to your hāto's content.

The negatives are obvious, and have to do with this being basically the first widely-available app of its kind: the text needs to be ultra clear in order for a proper reading, and the dictionary sometimes spits back nonsense translations at you.

That said, I'm still amazed and delighted with Waygo, and will unquestionably take it with me on my next trip to Beijing.

- Use your video camera as visual translator or dictionary (camera flash required)
- No data connection required
- See the pronunciation of the words
- Simply point and translate foreign text to English
- Share your translations through SMS, Facebook, Twitter and Email

This free download is a limited version with 10 daily translations. Upgrade to lifetime unlimited Chinese, Japanese and Korean to English translations inside the Upgrade menu.

Waygo Translator & Dictionary is compatible with Android devices running Android 4.0 and up, as long as they have a rear-facing camera with a flash.

TIPS
1. Best used on clear Chinese, Japanese and Korean text (currently does not recognize stylized fonts or handwriting)
2. Intended for use on printed text, not computer screens
3. If the text is small, hold the phone further away and use the zoom slider to translate more clearly
4. If text is blurry, tap the screen to focus or use the zoom slider
5. If the image is dark, turn on the Light (flash)

Go to www.WaygoApp.com/menu to try Waygo translator now on a sample Chinese menu.

NOTE FROM THE DEVELOPERS
We appreciate your feedback. Please send any questions or suggestions to feedback@waygoapp.com

Translator Foto Scan is a simple and functional translator. It can accurately recognize and translate 100+ languages, such as English, Chinese, Japanese, Thai, Korean, Indonesian, Russian etc. In addition, it supports to generate PDF file and scan printed file. You can add the translation to collection, and check the history translation any time.…

ScanDic turns camera phone into a translator! Lite version allows 10 times use and expired at the end of the month Features: * Support android 2.1, such as HTC G8; * Cross text line or tap a word in captured print text image for online translation by sentence or word, or online article Search! The recognition text can also be sent via SMS or email…

ScanDic turns camera phone into a translator! Features: * Support android 2.1, such as HTC G8; * Cross text line or tap a word in captured print text image for online translation by sentence or word, or online article Search! The recognition text can also be sent via SMS or email. * Recognize Chinese and English * Translate to English, Simplified…

iTranslate is the leading free translator / traductor and dictionary app. Easily translate text or start voice-to-voice conversations in over 100 languages. Our new Offline Mode allows you to use our app and translate abroad without having to pay expensive roaming charges. FEATURES • Get free translations for text in over 100 languages. • Listen t… 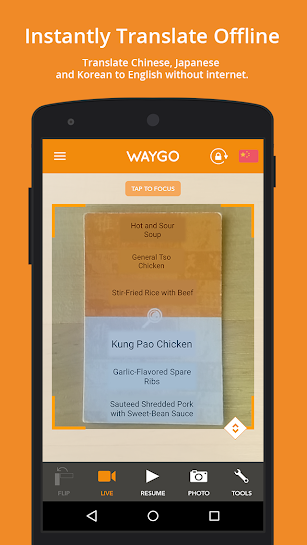 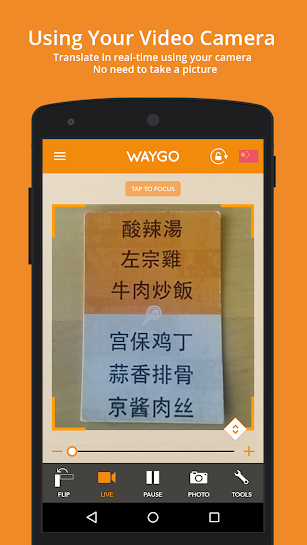 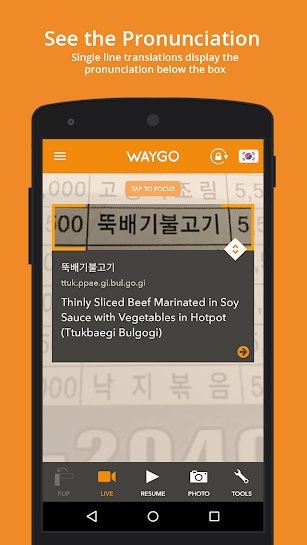 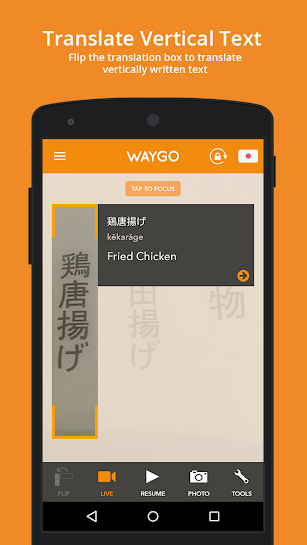 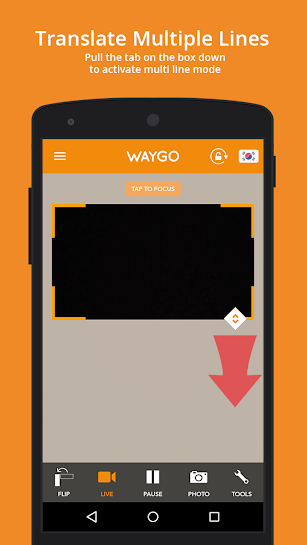