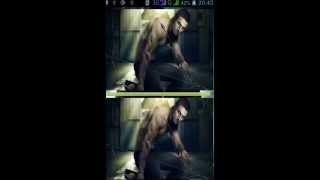 Arrow Find Difference Games is a game that challenging for fans to recognize his idol through a photo puzzle. A true fan can certainly accomplishes this easily, but you should know that this game has 3 levels:

How far you can play and finish it?

Little knowledge about arrow find difference :
Arrow is an American television series developed by writer/producers Greg Berlanti, Marc Guggenheim, and Andrew Kreisberg. It is based on the DC Comics character Green Arrow, a costumed crime-fighter who was created by Mort Weisinger and George Papp. It premiered in North America on The CW on October 10, 2012, with international broadcasting taking place in late 2012. The series follows billionaire playboy Oliver Queen, portrayed by Stephen Amell, who, after five years of being stranded on a hostile island, returns home to fight crime and corruption as a secret vigilante whose weapon of choice is a bow and arrow. Unlike in the comic books, Oliver does not go by the alias "Green Arrow" in the television series. Arrow also features appearances by other DC Comics characters.

The series takes a realistic look at the Green Arrow character, as well as other characters from the DC Comics universe. Although Oliver Queen/Green Arrow had been featured in the television series Smallville from 2006 to 2011, the producers decided to start clean and find a new actor (Amell) to portray the character. Arrow focuses on the humanity of Oliver Queen, and how his time on a presumably deserted island affected him. The creative team chose to illustrate that in the series by crafting flashback scenes to the island for almost every episode. The series is primarily filmed in Vancouver, British Columbia, Canada.

Enjoy this games.
Note. This is unofficial games by Arrow TV Series.

How Are You? - Mood tracker

The mood tracker How Are You? has been developed for those who want to optimize life. It focusses on your well-being and shows you the relationship between the life you are living and the well-being you experience in your everyday life. The mood tracker is an easy and manageable tool for all who want well-being to be the guiding element for your…

A 4½ mile circular walk around Castle-an-dinas and the Menalhyl valley. The walk begins by climbing to the Castle-an-dinas hillfort from which there are 360-degree panoramic views spanning Cornwall. The route then descends into the Menalhyl valley via Dennis Farm and follows tracks and small lanes to reach the river near Reterth. After following t…

Fall in love with one of our newest additions to Vegasphere™ Casino, the whimsical fairy slot - - Secret Forest. Falling Reels give you multiple opportunities to win in a single spin, how fun! Excellent graphics and fun game play makes this a perfect slot game to add to your collection. You never have to buy coins with this paid app either and…

All the latest Bitcoin News in one convenient App. Covers Bitcoin, Litecoin and crypto-currency news from all major sources.