Halloween Vampirina: Hotel of Transylvania Arcade Adventure t game is a new free vamprina game in transylvania city,made especially to play in platformer halloween ,the Trick-or-Treat time , when everybody weares the scary halloween costumes . count dracula : mysterious halloween adventure is one of the old classic platform acarde game with a very high-resolution graphics in which you will recoup all your youth recollections , When you were play games , with the arcade console all the day and watching all those best cartoon shows without getting bored . in this halloween we will give you again one of the best running and jumping adventure game halloween costumes , an you will have the opportunity to play it on your phones and tables , and with a very special way : it's the 31 october today we and vampirina count Dracula In Hotel of Transylvania city wear our halloween costumes , the theme of our game wears a halloween costume. count Dracula is a funny brave vampire Have halloween pumpkin an hotel in transilania city . in a rainy halloween day he was with his princesse vampirina vampire mavis dracula discovering the scary hotel placed in transylvania city . then they saw the vampire kings castle . we all know about that bloody king vampirina español tales and his Spooky castle we have learned from the mystery books that he lives with his queen vampirine mavis in a big spooky castle in transylvania city that all kinds of vampires and ghosts lives in it . so count dracula is in hotel transylvania and his beautifull princesse mavis dracula made a challenge , it's to aproache the bloody vampire castle and Trick-or-Treat him . we know that king vampire had no treat , so he sent his vicious dragon boss , to capture count dracula and cute princesse mavis dracula from hotel transylvania and to run away into the mysterious horror spooky castle in transylvania city . Your job is to help vampirina the hotel transylvania rescue his companion . the path of Transylvania castle is not clear , that castle is Full of mazes just use your brain and develop your skills on running and jumping to find the right direction. it's also so dangerous halloween candy and full of monsters ,Witches ,Vampires ,Monster Plants , Werewolves , Mummies and Zombies . In a scary hotel transylvania Adventure full of Monsters and Obstacles your job come in to take place , you have to kill monsters and dodge obstacles using three moves which are as following : run , jump , double jump , and dodge monsters through the transylvania spooky castle .This is a free ( run and jump) vampirina en español game made for kids and grown ups , boys and girls just for you to enjoy the halloween day . In order to kill monsters you can fight them jump over them or you can collect bombs to shoot monsters from distance and keep count dracula hotel transylvania city safe , in the transylvania spooky castle adventure . This game will surely bring to teens a lot of memories . The gameplay of this game is super easy barely needs any instructions all you have to do is to run and jump avoiding monsters and obstacles untill you reach the finish castle in each level . All level are totally different from each other which makes this game very intense and unexpected . Don't you ever let any monster touch your character , they are really harmefull .
features
+ la vampirina: holloween hotem of transylvania city has a lot of levels
+ Free run and jump adventures games let’s Download it, it’s Free
+ the running adventures game / High-resolution Graphics with a funny scary theme
+ on our game you can jump and run with your hero / Jump and run to avoid and kill ghosts by fighting them
+ a lot of enemies: (with different difficulties)
+ So Many items
+ Jump on the top of enemies to defeat them.
+a wonderful scary creepy songs
For more information just contact us. hope you enjoy

Hey boys and girls , do you like cookies and cakes ? Sure you like them, you are a kid who loves chocolate and fruit. And if you like cookies then of course you like and birthday parties where you can eat a very delicious cake. If you want to help a child whose birthday is today you have to help us prepare a big and tasty cake. Through this chocola…

No Humanity - The Hardest Game

Dive into the deep blue ocean and rule over the sea as a brutal shark! The ocean is your prey ground and you’ve gotta eat everything from bite size fish to tasty whales and unwitting humans! The shark is hungry and enjoys the taste of humans especially. Now control the shark rushing from meal to meal, terrorizes the waters, go on a frantic ocean r…

Most relaxing fidget spinner simulator in your pocket! You have 5 swipes to set the best spin you can. Use your hand finger to swipe the spinner left or right, wait for it to stop and sweep the sweet rewards! Upgrade your finger spinner, compete with your friends and beat the records! Each spin brings you closer to unlocking a new hand spinner to… 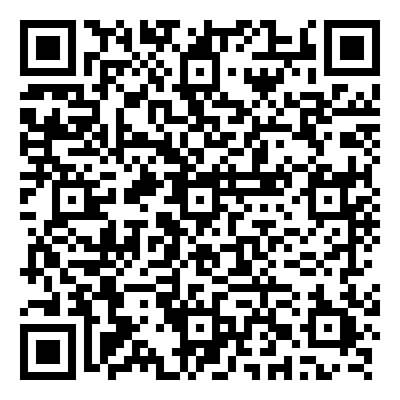 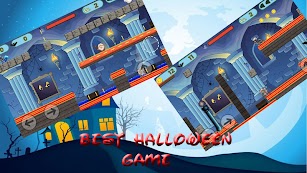 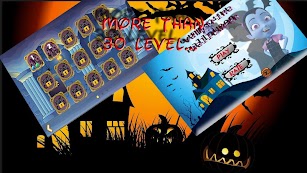 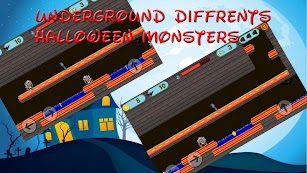