Take the skies and destroy your opponents in this new update that brings a round of bug fixes and performance improvements!
Android
»  Games
»  Action
»  Air Strike: WW2 Fighters Sky Combat Attack

The No. 1 Arcade Shoot 'Em Up Game has arrived and it brings you one of the most compelling and satisfying experiences in the world! Enjoy the unique atmosphere of WW2 and discover the next-gen air combat shooter with outstanding retro graphic style! Defeat flying enemies and become the WAR HERO! Download Air Strike: Shmup Attack Game NOW!

JOIN THE BATTLES THAT CHANGED THE WORLD!
Join famous military forces and choose one of the best flying fighters from the WW2! Become the best military aviator that has been trained to engage in air-to-air combat while in the cockpit of a fighter aircraft. Take the rudder of your plane and prove your flying skills as a pacific warrior!

DISCOVER 4 HISTORICAL BATTLEFIELDS!
Go back into the past and explore 4 historical battlefields! Everyone knows what happened during the WW2... especially in 1942. It's obvious that every single place has its own unique story that would terrify anyone - thousands of people have been killed that time. Are you ready to experience firsthand the real war?

CHOOSE THE PLANE FOR YOUR LIKING AND BECOME THE FLYING ACE!
Imagine It's world-war again, and you're supposed to be a fighter pilot! Join the air force, fly into the air, attack your enemies, and master your skills in the most action packed fighting game on Google Play! Pick the military fighter for your liking and test your skills! Only one way to settle this: wings and bullets!

UPGRADE 5 EPIC HEROES!
Unlock 5 epic heroes specialized in aerial warfare and upgrade their skills! Choose from the best fighter pilots of WW2! Every hero has its own extras that have the definite impact on your gaming experience – find out for yourself!

40 CHALLENGING LEVELS TO PLAY!
Discover 40 atmospheric and challenging levels of aerial combat! Take to the skies to destroy your opponents. Take part in various missions and change the course of history! Are you ready to dominate the skies? Great, so...have a nice flight, sir!

DEFEAT ENEMIES AND BECOME THE WAR HERO!
Take part in a selection of hardcore challenges and become the best fighter pilot on the sky! Complete the remarkable missions and earn extras to strengthen your sky force. The most thrilling aerial warfare begins!

The best FREE Shoot' Em Up Game is finally available on Google Play! 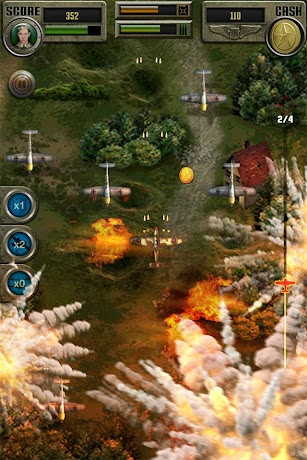 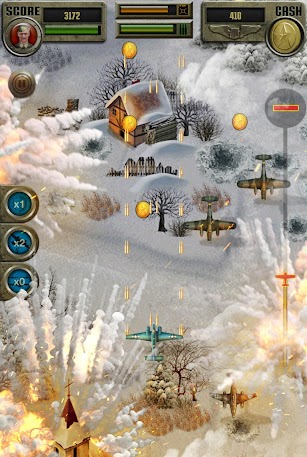 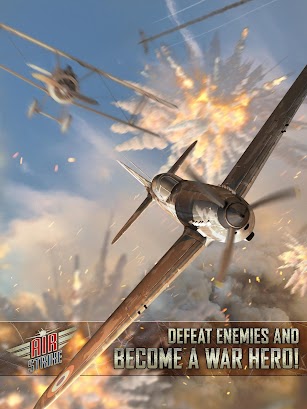 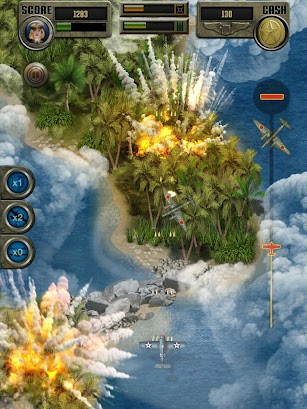 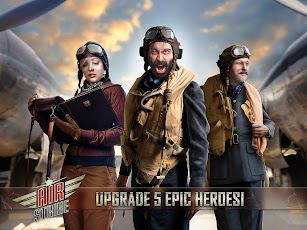 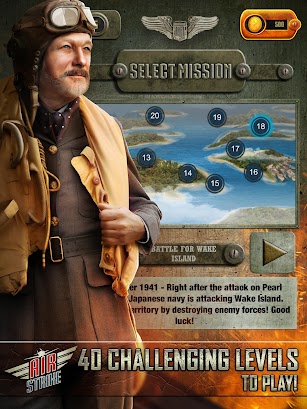 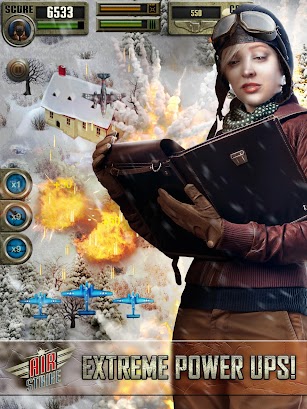 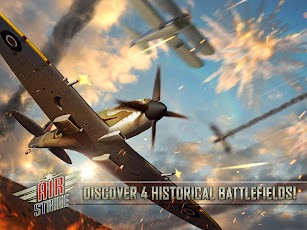 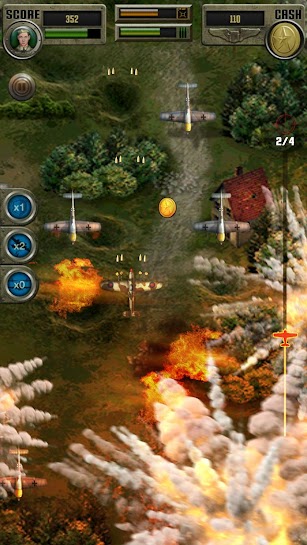 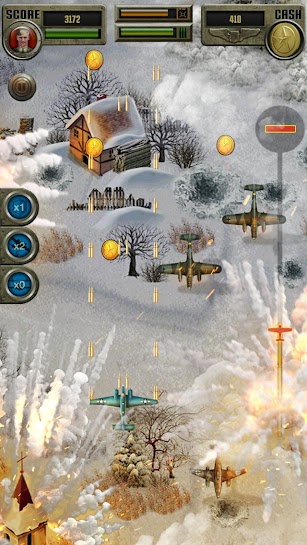 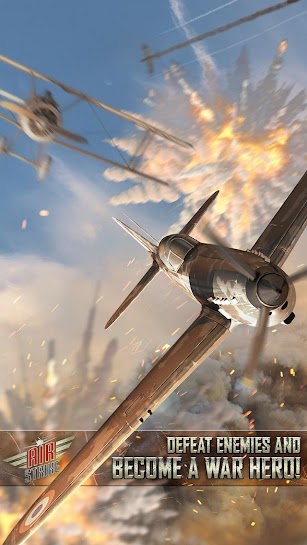 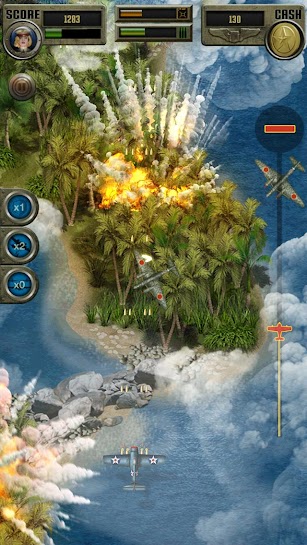 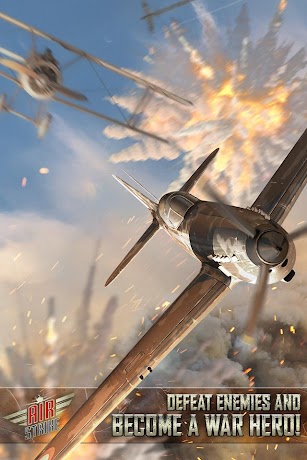 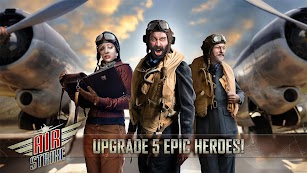 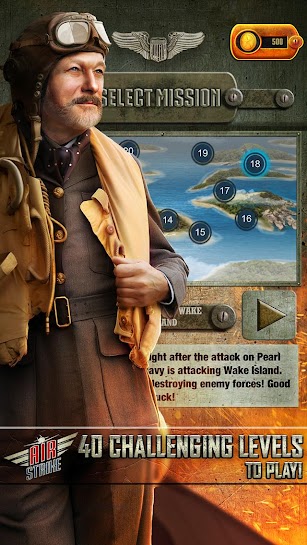 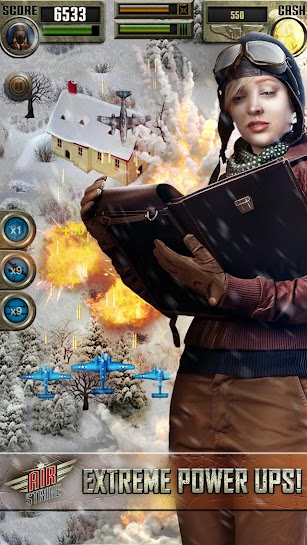 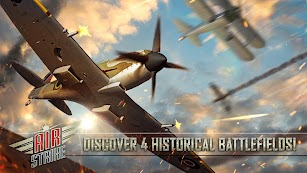 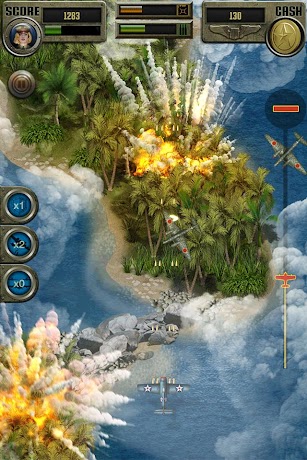 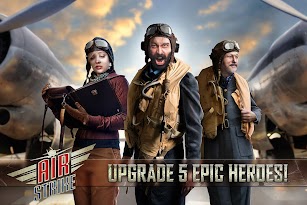 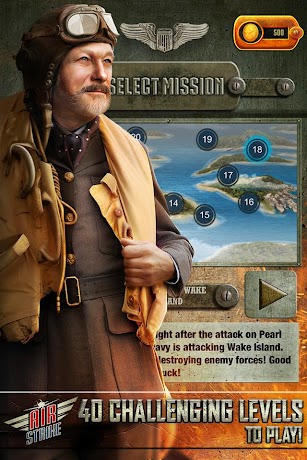 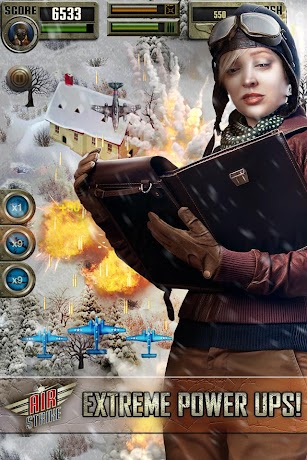 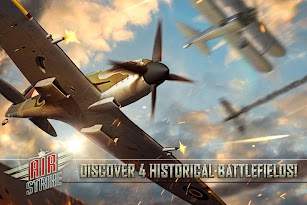 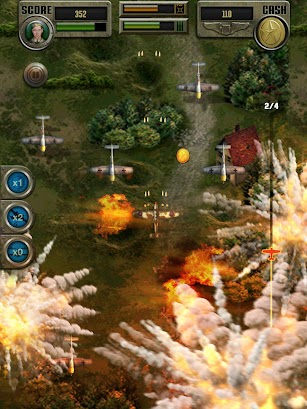 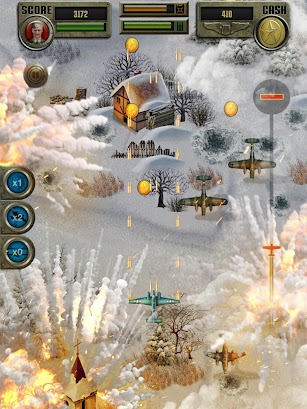