Global changes in Cradle of Magic!

New combat system - now you can choose card you want to play. If you have no card to play you can attack with weapon by pressing End turn, or discard card - just drug it to Discard zone.

Kombo - you can release new spells by playing cards in certain sequences.

“Cradle of Magic” is RPG game, in which battle arena is combined with the Collectible Card Game – CCG.

The deck of cards is the main weapon of a player in the battle arena. Battle cards have to be combined between each other and also effectively reconciled with the hero’s weapons for battle. You can collect, upgrade magical cards, trade them with other players and even seize them in battles.

HERO
---> Develop your hero: equip the hero with powerful armour, epic weapons, battle cards and magic items
---> Lead card wars with other players online, attack the opponents, fight with friends, climb up the top of the rating
---> Challenge the strongest and become the first hero of the Cradle of Magic!

CLANS
---> Team up with your friends in clans and become invincible on battle arena RPG
---> Exchange battle cards with friends, get experience and gold for it!

GAME FEATURES:
* Unique system of card warfare online RPG
* 4 schools of battle cards: Undead, Demons, Nature and Element
* More than 50,000 combinations of the deck
* Battles with other players around the world on battle arena RPG online
* Ability to play in social networks and on mobile devices

About the world
The game takes place in the medieval world. Mysterious meteorites fall on the ground, filling the life of ordinary people with magic. With the advent of magic, the heroes appeared, who soon mastered the new forces, and the war of heroes broke out. All over the world the battles of the magicians began. Armed with magic cards, heroes started summoning magical creatures on the battlefield and casting powerful spells. The world was filled with unknown creatures of incredible power. Magical power has become available to everyone, but only the one who can turn magic in his own interests will rule the world.

The online game "Cradle of Magic" is in the final stage of beta testing, if you have any questions or suggestions, please write to games@tvxgames.com

And do not forget: The one who owns the Magic - owns the world!

An interesting feature of the game is a system of card warfare "Combo": when playing cards in a certain sequence, the corresponding positive effect is activated.
"Totem Power" - if there is any totem on the PvP arena, the next summoned totem will summon a lightning that damages the enemy hero
"High Elemental" - two identical Elementals are combined into one very powerful monster
"Kidnapping Life" - all creatures of the Undead take away the health of other cards when they are attacking at the battle arena
"Hell Pack" - if there is Orth on the field of card battle, the next summoned Orth will give an additional attack to the first one
"Sacrifice" - if there is an Imp on the PvP arena, the called Succubus consumes it and increases own strength
"Caleidoscope" - if you play 3 battle cards of various schools of magic in a row, the hero obtains additional mana
Disputes - poisonous disputes spread throughout the battle arena after the death of the victim

The full list of available Combo is listed in the game menu - "Collection of cards".

*The game is free and available in English online

Demetrios is a quirky adventure game packed with tons of humor! Bjorn Thonen, a slob of an antique dealer living in Paris, is robbed one night after coming home drunk. Forced to conduct his own investigation with the help of his neighbor Sandra, he ends up involved in a murky, mysterious affair. Will these unlikely heroes be able to rise up and d…

Island Delta is an exciting action filled adventure game where you wield a powerful anti-gravity weapon to defeat dangerous enemies, solve puzzles and overcome hazardous traps. Explore this retro-futuristic world with heroes, Zoe and Baxter, as you set out on a daring rescue mission and face the evil Doctor Gunderson and his mechanical minions. FE…

Some say that school days are the best days of our lives. Would you still agree if you happened to be trapped late at night in a creepy school? The Mystery of Shadow Hill is a point and click mystery adventure game where you play as a young boy who finds himself trapped at a school gym with no memory of how he got there. However, this is just one…

Joe is a little goldfish who dreams of becoming a shark, the greatest hero of all the oceans. One day his friend the sea horse gives him a fin he found in the ocean. Joe puts it on proudly, and is finally able to swim with the sharks he is so fascinated by. But then a violent storm breaks loose and takes away his fin. Joe needs your help to find…

Klei Entertainment has partnered with our friends at CAPY, creators of Superbrothers: Sword and Sworcery, Super Time Force and Below; to bring fans of Don’t Starve the latest single-player expansion: Don’t Starve: Shipwrecked! In Don't Starve: Shipwrecked, Wilson finds himself stranded in a tropical archipelago. He must learn to survive all ov…

Sonya: The Great Adventure is a fantastic and colorful hidden object adventure game with animated cut scenes that are professionally voiced over. This is a touching story of the eternal struggle between the light and the dark. We offer three difficulty modes to suit gamers of the different experience. The quiet morning of two sisters Sonya and Lil…

FANTASTIC HIDDEN OBJECT PUZZLE ADVENTURE GAME FROM THE CREATORS OF ENIGMATIS AND GRIM LEGENDS! Embark on a dangerous quest through mysterious ruins and eerie woods in the second chapter of the Grim Legends series. Save the young queen from an enigmatic curse and change the fate of the entire kingdom! Explore the 42 hand painted locations of the l… 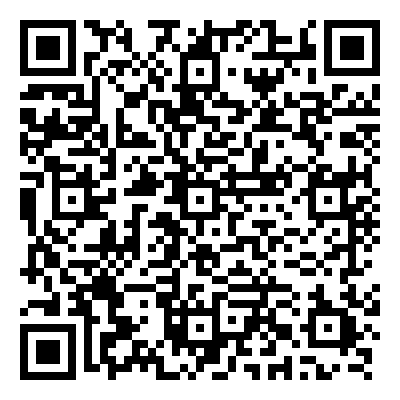 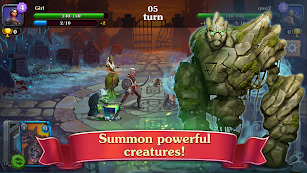 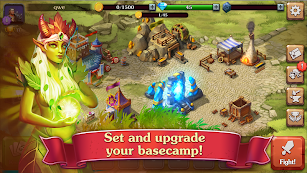 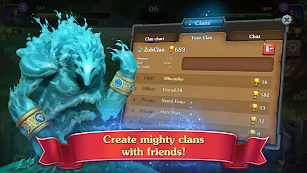