Sudoku is unique puzzle game experience on mobile like real sudoku on paper with pencil :)

Solve puzzles in Sudoku, Achieve the achievements, check your worldwide rank in leaderboard and compete your friends if they can solve more puzzles then you.

HOW TO PLAY:
Tap on empty cell, select it and then tap on a number from keyboard to enter solution.
Place numbers 1 through 9 in empty cells. Each row, column and square(3x3) needs to be filled with numbers 1 through 9, without repeating any numbers within the row, column or square(3x3)
When whole sudoku puzzle cells filled with solution without any errors, Puzzle solved!!

Features of game:
Daily challenge. Solve sudoku once per day
Night mode Theme
4 levels of difficulties Easy, medium, hard and very hard.
Auto-save if you leave a sudoku unfinished
Unlimited Undo option
Use Hint where you are stuck in game
Highlighting of a row and column related to the selected cell
Highlighting of Similar numbers in a cell
Automatic error detection of numbers which fail to match final sudoku solution
Control Auto remove notes from settings
Highlight Repeated numbers in each column, row and block
Eraser to get rid from mistakes made
Turn on/off time during game play
Use Pencil to make notes
Reset puzzle at any point
Simple tutorial to learn how to play sudoku
Check how much puzzle you solved and your rank in leaderboard
Check how much total time you spent in sudoku in leaderboard
Achieve different achievements 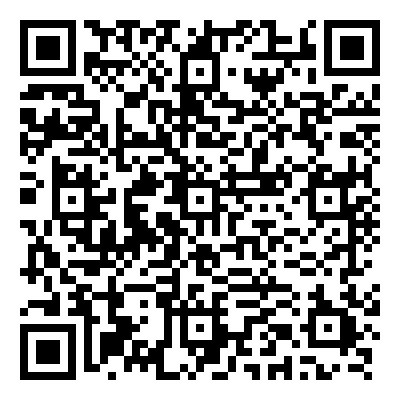 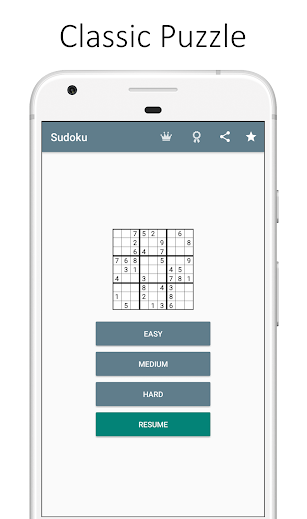 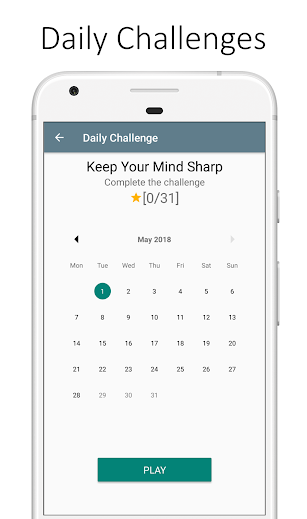 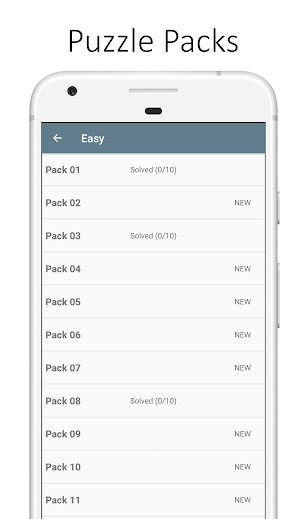 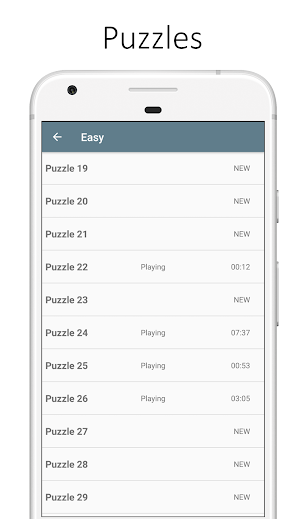 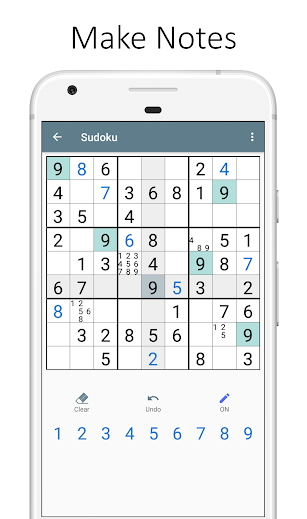 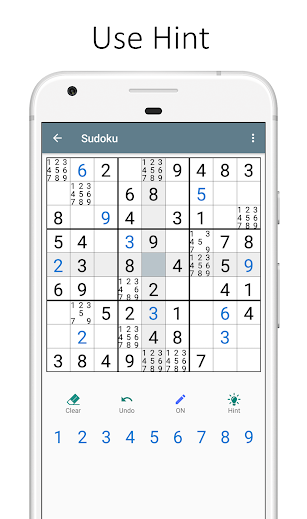 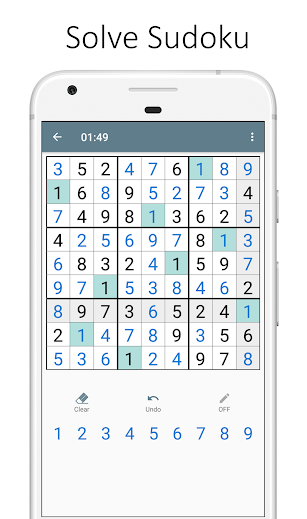 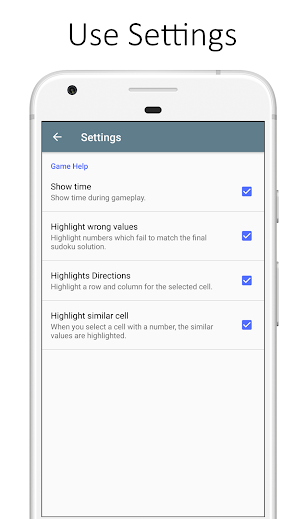