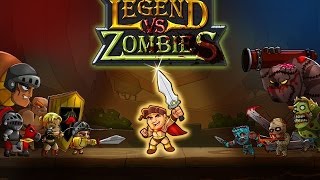 Get ready to defend your kingdom against the army of Zombies, Legend vs Zombies features zombies with their own special skills, so you'll need to think fast and plan your strategy ahead of time to combat the forces of darkness.

Mission is to hold your ground against the ruthless enemies in war via powerful powers & robust towers! Play as great Samurai legend to defend your empire against hordes of brutal zombies! Perfect your skills and unleash stunning Special Attacks.

Recruit allies and build defense to siege the forces of dark demons! Center your attack to defeat powerful bosses. When the dead are rising, Legend must stop them! Take to the Arena in the most action packed slash fighting game.Be a defender to stand out as legend of your kingdom.

WORK WITH ALLIES: Get some help from army hero’s including archers, warriors with sword, freezer and much more!

Game Features
Experience 50 levels of glorious victories against blood-thirsty zombie apocalypse!
Epic defense battles that will hook you for hours!
Plant strong towers for your kingdom defense.
Battle with undead including Mortar Zombie boss, Butcher, evil wizards and other nasty zombies each with its own skills
Awesome graphics, great soundtrack
Specialized tower upgrades to customize your strategy!
Build your army with 9+ highly skilled allies for your defense
Exclusive upgrades of hero, allies and power ups to conquer the battle!
Addictive defense gameplay to defend your empire!
Optimized for Android Phones and Tablets!

Download today to stem a zombie attack on your Android device and reveal the mystery!

Help the seal deal with the hunger- fortunately, nowadays fish is falling from the sky... Catch fishes as they fall down on your head, but make sure you avoid dead ones- they might give the seal stomach ache. Collect power-ups, unlock achievements and compete with friends! Move the seal by using arrows on the screen or by tilting your phone! Ho…

••• A really nice little game to play everywhere! ••• Touch your screen to Move Up and Release the screen to Move Down. Try to go as far as possible while avoiding Icebergs! Don't forget to eat some small Shrimps, it's really good for the health of Whaly. Select the difficulty level before starting the game. You also select the "Imm…

One of the easiest ways to crop, resize and rotate your photos. Sometimes, photo editors include so many features that users get lost to perform basic edits such as crop, resize and rotate. mp4android's Photo Resizer HD is for those who love simplicity and get things done seamlessly. It includes four basic features: you can crop a photo from your g….

Inside Out Spinning Slot 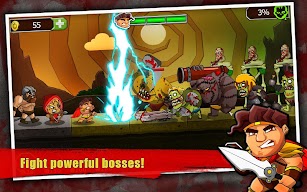 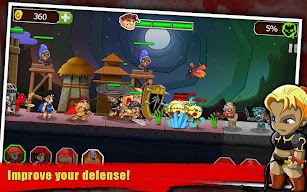 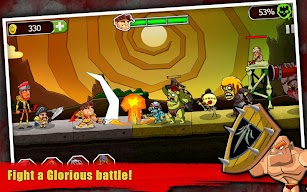 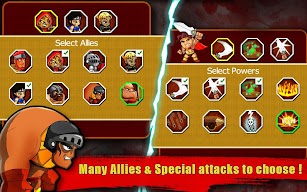