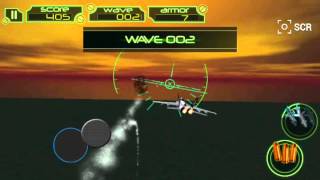 Command: "Fox 1 this is control, Engage the enemy, Open Fire!!"
The HOTTEST arcade shooting game on IOS today!
### TOP 10 across 39 stores around the world ###

Test you skills and survive the battle, are you made for the skies? DO you have what it takes to become a pilot?

To assist you your aircraft has a mini gun and a guided missile system. With those two you are all set to take control of the dogfight and achieve victory for your country. US troopers are counting on you to survive this storm and overcome the hardship of war.

Storm Flight Ace Trooper : 3d aircraft shooting battles war game is FREE to download and enjoy. It fits kids and adult of all ages. It was released after being tested by real pilots!

If you love this game please come and say hello on our facebook page and do not forget to rate Storm Flight Ace Trooper the 3d aircraft shooting battles war game on playstore so we can improve this game further for even more fun playing!

Description The application reduces the size of the photos. So your photos don't waste your device's space and you can easily share them on social platforms. - Ease of use - User friendly design TAG: photo, Image, camera,gallery, Compressor, bitmap, bmp , japg ,pic, picture, photo Compressor,Image Compressor

Super Cat's World is a very cool free game. You are a white cat and you try to go as far as you can but there are enemies trying to stop you. Your only defense is to jump.