X-Men: Battle of the Atom

Download APK from previous versions of X-Men: Battle of the Atom

Battle of the Atom CCG

"Ms Frost, dare you to read my mind."

We've talked many times about how big franchises are so clumsy when they get into mobile videogaming, and unfortunately, X-Men Children of the Atom has made a huge effort to be disliked.

In fact, this game can be summed up in "a collectible card game with action, classical RPG-like battles".

It's true that Marvel purists will love the huge database of characters and the artwork, which is nothing less than awesome, but gameplay feels too much 2012. As we are in 2014, in means a two years difference, which translated to mobile gaming industry translates into two thousand light-years.

The process to collect and toy around with your cards to make something able to call itself a deck is boring, to put it mildly, and missions are copypasted one from the other and remind too much to those one-tap missions other low quality games have. Anyway, the true obstacle will be your own willpower, because solo campaign is easy and repetitive.

It's a real pity that so awesome artwork is wasted on a so dull game. May we recommend a narrative game instead? Or a Xavier's School for Gifted Youngsters Sims-like management game?

**Marvel Pinball Collaboration Special - Collect exclusive Deadpool cards, FREE for a limited time in X-Men: Battle of the Atom! Get a head start by redeeming gift code 'MERC15' at the Shop!**

Prepare yourself for the most uncanny, astonishing card-battle game of them all! Fight your way through single-player missions as Wolverine, Storm, Iceman, and other all-time X-Men favorites. Recruit hundreds of characters spanning 50 Years of X-Men history, assemble the ultimate team, and experience the greatest storylines from the comics – past and present – in epic multiplayer 20-vs.-20 real-time battles!

The world is rife with tension, and mutants are picking sides as lines are crossed and relationships are compromised. The X-Men utilize time traveling, universe-bending technology to call on allies from the past and future, but in doing so they create a loophole unleashing some of the greatest villains of all time.

X-Men: Battle of the Atom features multi-month story arcs with raid events based on classic comic storylines, plus epic boss battles where 20-player X-Teams compete to do the most damage against the likes of Magneto, Dark Phoenix, Apocalypse, and droves of mutant-hunting Sentinels.

- Freeze, kick, claw, and blast your way through more than 45 character-driven missions!

- Join upcoming events drawing on landmark X-Men stories like SCHISM, MESSIAH COMPLEX, AGE OF APOCALYPSE, and the current BATTLE OF THE ATOM!

- Internet connection is required to play X-Men: Battle of the Atom.

- X-Men: Battle of the Atom is completely free-to-play. No purchases are required. The purchase of in-game currency (X-Coins) can accelerate game-play, but all players can play the entire game for free. X-Coin purchases can help players recruit a stronger deck of Cards, which provides advantages in single-player missions and in multi-player battles and events. In-app purchases can be turned off by disabling in-app purchases in your device’s settings.

- X-Men: Battle of the Atom includes in-game social features such as message boards, chat, and trading systems through which players can communicate with each other.

- Support available by email at help@xmenbotagame.com.

Bros vs Foes! At every turn, the Teenage Mutant Ninja Turtles have thwarted Kraang Prime’s plans to terraform the Earth into Dimension X. What’s an evil overlord to do? Hatch a nefarious new scheme, to create an army of Ultra Mutants! Everywhere, the Kraang have kidnapped mutants - including the Ninja Turtles - for their DNA! With his brothers pu…

NOW INCLUDES X-MEN: DAYS OF FUTURE PAST - THE ROGUE CUT SECOND SCREEN EXPERIENCE, ENHANCED SOCIAL FEATURES, AND UPDATED ROGUE IN CEREBRO! The X-Men Movies Cerebro app is the definitive source for all official X-Men movie news, the complete reference for mutants in the X-Men movies universe, and includes X-Men: Days of Future Past Second Screen! O… 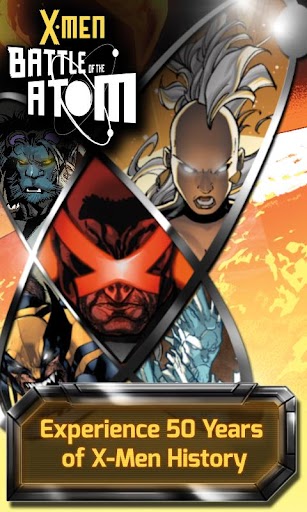 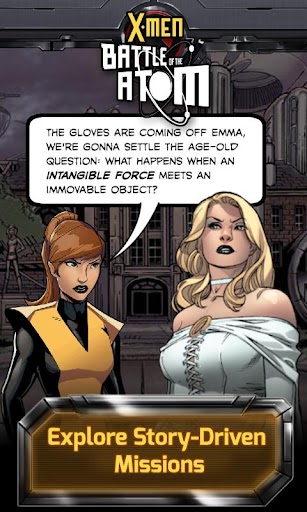 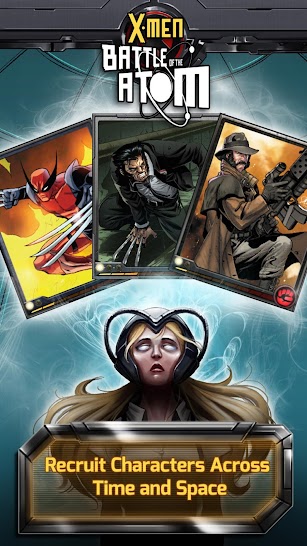 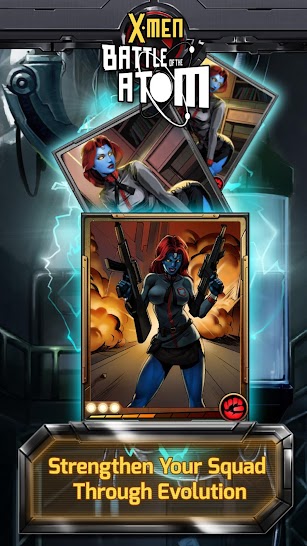