Mr. Number lets you manage your incoming calls as well as setting a calling status

Mr. Number takes the idea of the personal status on the instant messaging apps and introduce it for calls. From this app you will be able to tell your friends when you're free for a call or when you busy and their calls will be sent to voicemail or even when you prefer text. Mr. Number also can automatically put your device on silence mode, airplane mode or notify through the status if you're attending a call.

What's more, Mr. Number lets you block calls and text from people that you don't want to receive calls from anymore. Likewise, you can add new contacts easily to your phonebook. It allows you to identify mistery calls and catch that way telemarketers or other spammers (this feature is only available for USA). Anyway, you can report spam calls to make even bigger the Mr. Numbers database in this sense.

The only and the biggest catch of Mr. Numbers is that it requires your contacts to have it installed on their devices. Otherwise, they won't be able to see your calls status. The other features: block calls, identify mistery calls and so on, will be able anyway.

Mr. Number has been developed by an emerging developer called Mr. Number, who's focusing on calling managers.

The success of Mr. Numbers lies on if you're contacts are already using it or not. Otherwise you will feel like alone in a huge desert.

- Block calls from one person, area code or an entire country
- Stop telemarketers and debt collectors before they waste your time
- Intercept calls from private/unknown numbers and send to voicemail
- Report spam calls to warn other users
- Automatic caller lookup for recent calls in your phone's history so you'll know who to block

Mr. Number is the most powerful call blocker on the market. Block calls from people, businesses, and hidden numbers. Browse comments from other users when you get a spam call. Automatically block potential fraud and suspected spam calls.

Who Is Calling? LookUp & Block

Identify unknown phone numbers, location and phone type, find information about the caller. Detect extra charged numbers. Protect yourself, your family and business against spam, stalking and different types of fraud. Before calling an unknown number you will know if it may bring additional costs. Do not waste your time and money for unwanted call…

Clever Dialer caller ID is the easiest way to identify and block unknown callers. Actively protect yourself against spam and unwanted calls. We are sorry, but we cannot resolve suppressed phone numbers! We care about your privacy and that of your friends. Unlike some other apps, we DO NOT upload your address book contacts to our servers! Features…

Notice: About Foreground Service Alert According to Google’s Android Oreo policy, we are obligated to show the service status in the notification channel when the service is running in the background. You can go to settings to hide the alert and keep the service working. If your device is Android 8.0/8.1 system, after you switch off the foregrou…

Blacklist CALL app. Free and very easy to use, Blacklistcall is the world’s most powerful and intuitive telephone firewall app, giving you complete control over who can phone you while protecting you from nuisance calls. Control all phone blocking features centralized in the same page. FEATURES: * Block SPAM numbers from being able to contact y…

Hiya Call Block Security identifies the calls you want to take and blocks the numbers and texts you want to avoid. Hiya is free (no ads!), and is incredibly easy to use. Block calls, blacklist unwanted phone numbers, identify incoming calls and receive spam alerts. Don't know the phone number? Find the businesses you want to call with Hiya Bus… 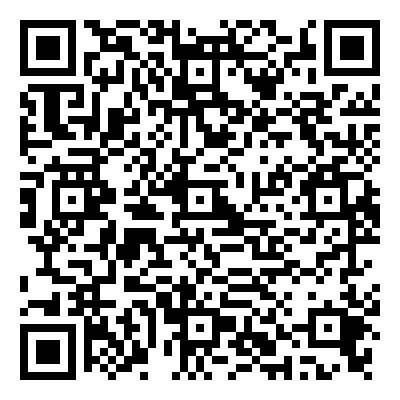 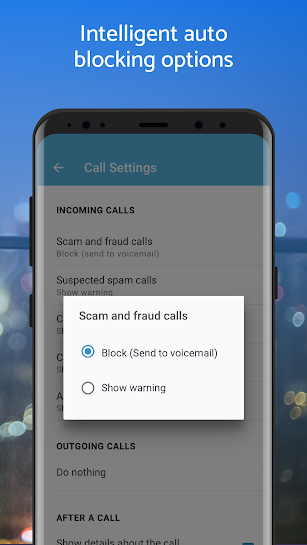 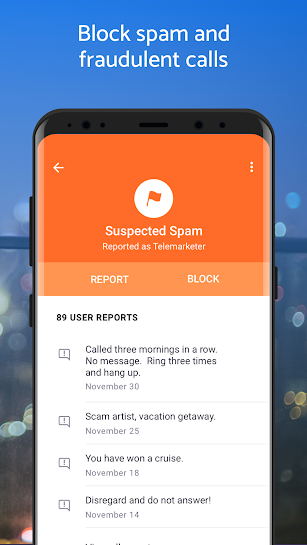 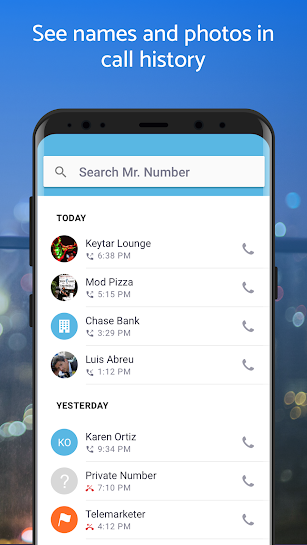 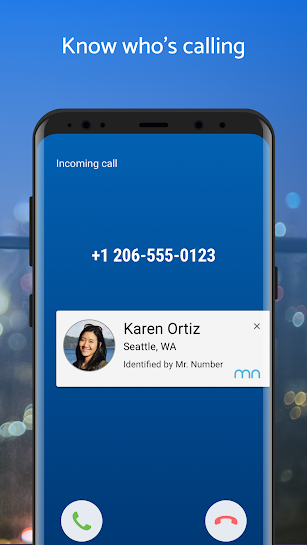 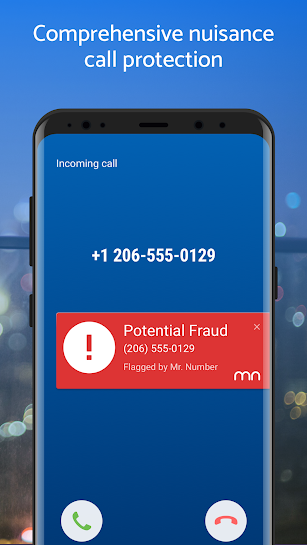