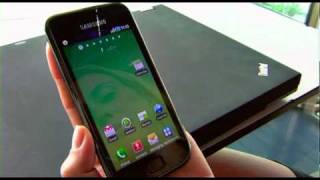 Are you using your phone too much?

Tawkon is a curious application for Android that lets you know when your phone radiation level increases so you can do something about it.

Radiation is an important problem for our society and increases when you're close to the cell phone's antenna; this app apparently helps you minimize the risks, it's up to you if you believe it or not. As its description says, the app calculates the phone's radiation level and user exposure and provides you suggestions to keep that level as low as possible.

The app design is impressive and everything it's in its right place: browse through the main menu and access to your phone information as well as your family's and friends'. After a few calls, the data will appear and you will be able to analyze your radiation exposure.

tawkon is the developer of the application with the same name. As an application, the usability and design are excellent, now it's up to you to decide if this is worthy or not.

We all know about cellphone radiation. Now you can avoid it with tawkon. FREE!

tawkon monitors and analyzes your mobile phone radiation so you can “talk on” as usual and receive smart prompts to avoid radiation just when you’re exposed to high radiation levels.

* REAL-TIME RADIATION INDICATION - our tiny icon on your home screen changes from green to yellow to red indicating low-moderate-high levels of radiation exposure at any given time.

* MAP YOUR HOME OR OFFICE - activate tawkon in “prediction mode” to see low and high radiation zones in your home, office or neighborhood.

* LIVE PROMPTS & FEEDBACK - tawkon subtly alerts you when exposure to radiation rises during a call, with simple prompts to avoid radiation just when you need to. Live feedback confirms that your actions were effective.

tawkon. Protect Yourself & Talk On!