Yahoo! Messenger is the official app for Android

Yahoo! Messenger for Android has been developed to perform almost the same as the desktop versions. Thus, you may give and receive free voice & video calls to/from your contacts. It has to be said though, that that feature is beta and doesn't work as good as it should so far. What you can do with not too many problems is chatting with your Yahoo! contacts as well as your Facebook friends. What's new, and we really appreciate is the possibility to talk to Windows Live friends (breaking the rivalry between both platforms down). As in the desktop version, you will be able to share photos and video throughout the app.

Once you install the app, it will ask you to download the last Voice and Video Plug-in to enable call features (it's needed). What's more, the video call feature requires Android 2.2 or later. Yahoo! Messenger allows you to send SMS but it's limited to some area that you can check in the developer description out.

Apart from that, we've noticed some catches, too many for being an official app of Yahoo!. First, most of its features are beta or doesn't work as we you should. Then, some forceclosings and crashes has been reported. And finally, it should be compatible with a wider range of devices and Android OS version.

Yahoo! Messenger has been developed by Yahoo! Inc, the well known corporation that own Yahoo! Browser, and which has developed for Android some apps like Yahoo! Mail, Yahoo! Weather, Yahoo! Answer, among others.

Yahoo! Messenger has to have its Android version since there are lots of Yahoo! users who want it. The problem is that the app is not up to expectations. Yahoo! should take it seriously and improve its performance to offer to its users also a great mobile experience.

The all-new Yahoo Messenger is the fastest, easiest way to chat and share lots of photos and animated GIFs instantly. Plus, now you can unsend messages—yep, you can take it all back!

More than just a messenger:
• Chat one-on-one or in groups
• Yes, take backs! Tap "Unsend" to remove photos and messages from a conversation
• Instantly share lots of videos and high-resolution photos in one go
• Swipe to view photos beautifully displayed in a carousel
• Express yourself with animated GIFs
• “Like” messages and photos in the conversation
• Offline/low connectivity mode—anything you share will be posted once you’re back online
• Optimized for use with TalkBack

Yahoo Messenger is also available for Windows/Mac at messenger.yahoo.com/download.

Using the previous version of Yahoo Messenger? Go to yho.com/YMhelp to learn more about the new changes.

Interested in becoming a beta tester for our app? Help us test our unreleased and newest version here:
https://play.google.com/apps/testing/com.yahoo.mobile.client.android.im

Free chat and voice calls on all your devices. Are you one of the last vestiges of humanity without a messenger app? Tictoc is a good one, most popular in Korea but spreading internationally. There's no reason ever to pay for SMS anymore - just message buddies through the app. If you're feeling especially vocal, you can even make free voice calls (….

Yabb Messenger is a free, all-in-one texting and calling app which allows you to make free VOIP calls, send text messages, organise group chat with friends, meet people nearby, send self-destructing messages, edit photos, share YouTube content and more. Whether you are looking to communicate with your closest friends and family or you want to get…

One of the best all-in-one SECURE & PRIVATE messenger app to replace stock messages! . All new SMS/MMS will be saved in Privacy Messenger locally. Therefore, with this free messaging app, no need to worry about snooping anymore! Privacy Messenger – Send text messages safely with private box, SMS blocker, even SMS backup & restore and sched…

An app to record gif files. Although .gif is one of the oldest image formats on the Internet (mainly Tumblr and meme-land), it's living a second youth in mobile devices. In the end, that's why we have mobiles with cameras, no matter sometimes it seems the inverse. Anyway, this app is easy to use and doesn't cause difficulties even to low profile us….

GifBoom allows you to make your own animated GIFs from your camera or gallery. This is a mix of GIF creator and social networks since you can sign up a social profile on GifBoom and share your creations with your followers. Let's start by the GIFs generation since it doesn't require to sign up. Just tap the camera icon and start capturing images (f…. 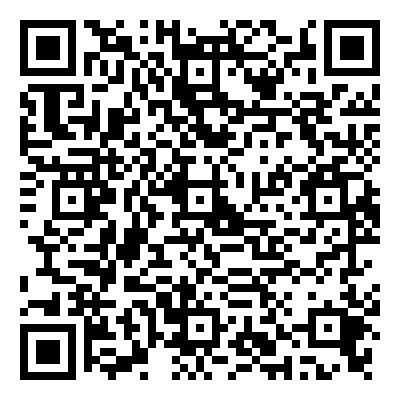