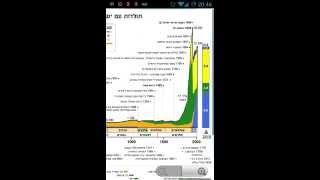 Studying Jewish history and Jewish heritage has never been easier. The interactive timeline presents Israel's history and heritage in a variety of areas, from the creation of the world to our days. A click on any topic in the timeline will open a ​​window with a brief explanation and links to additional sources. The application combines the history of the Jewish people along with the world's, Jewish demography, immigration, empires, periods, historical figures, leaders, literature and languages. Combining the different subjects and including both "traditional" and "secular" topics, allows the user to see the whole picture. This way, you can learn the story of the Israeli nation from every point in time and learn about the correlations between the topics. This tool makes it easy and enjoyable to learn and remember who the Jewish People are.

The app includes both English and Hebrew. This way you can also practice or learn Hebrew by reading a topic in English and then switching to Hebrew (simply by clicking the menu button).

If you liked it, I think you would also find the following app interesting: Israel History Maps: Geographical Chronology of Jewish Sovereignty and Presence in the Middle East -
https://play.google.com/store/apps/details?id=conkor.ilhistorymaps

I Wish everyone a fun and productive learning. I'd be happy to receive comments and feedback. Following is a partial list of the subjects that you will find on the timeline.

Jewish history:
Genesis
The Flood (Noah's Ark)
Tower of Babel
God's Covenant with Abraham
Binding of Isaac
Journey to Egypt
Exodus from Egypt
1st Temple built
The Division of the Kingdom; Israel & Judah
Exile of the 10 Tribes by Assyria
Destruction of the 1st Temple by Babylon
Assassination of Gedalia and the Babylonian destructive response
Return to Zion following Cyrus's decree
Purim – the Jews are saved from a planned massacre
2nd Temple built
Re-dedication of the Temple thanks to the Maccabean Revolt
Destruction of the 2nd Temple by Rome
Bar Kokhva rebellion suppressed
Dome of the Rock built on the Temple's ruins
Khazar converts to Judaism
The Crusaders conquer Israel and massacre its Jewish inhabitants
Expulsions from England and France
Jews blamed and persecuted for the Black Plague
Poland grants rights to Jews
Expulsion from Spain (Spanish Inquisition)
Maharal establishes academy
The Ukrainian massacre
Establishment of the Hasidic & Misnagdim movements
Napoleon's proclamation to the Jews
Emancipation and the emergence of the Jewish Enlightenment, Reform and Orthodox movements
Damascus affair
Dreyfus affair
1st Zionist Congress
Kishinev pogrom
The Holocaust
The State of Israel established

Enjoy & tell me what you think!

This excellent Christmas themed game, "Christmas Balls Sequence", is going to help you as it will allow you to practice your intellectual facilities and concentration. The game contains two modes: Practice and Challenge. In the Practice game mode, there are three levels to choose from: Easy, Normal and Hard. They vary in terms of the nu…

Description The aNVR Viewer allows users to access the standalone NVRs and the PC-based CV3P software remotely right from android devices. The app allows users to remotely view the IP camera's live video by accessing the NVRs on the network. Users can also perform playback, search event recording as well as functions such as digital zoom and t…

More by WellSource - Empowering You 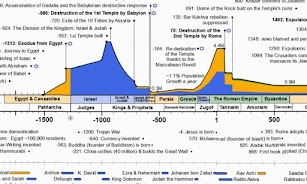 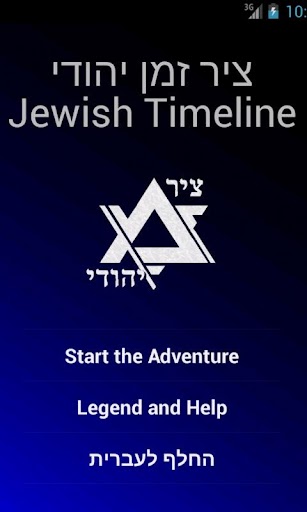 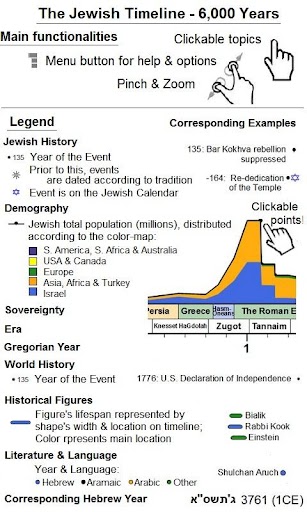