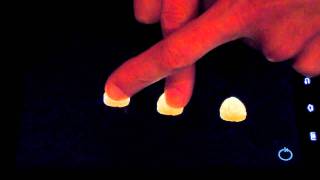 The Magic Shell Game is a magic trick that you can actually perfrom right on your smart phone or tablet. see video for demo.

The game is also known as "Three Shells and a Pea", "Thimblerig", and "The Old Army Game". This version of the game allows multiple possible effects to be performed beyond what is possible in the classic street game. The game incorporates full multi-touch capability allowing multiple objects to be dragged simultaneously and is easily reset to allow multiple routines to be performed. Just like the classic street game and any great magic trick, it allows for high levels of audience participation, is self resetting, and stands up to full examination.

Example effects:
1. The game can be demonstrated by the operator, handed off, and inspected to play as a legitimate “follow the pea” game. After the audience’s confidence level of being able to follow the pea is high, the operator challenges any spectator to pick the shell with the pea. The spectator exposes a shell and now loses as the pea was not revealed! The operator allows the spectator a second chance without reshuffling and loses again. The operator or spectator can touch the remaining shell to expose the pea.
2. The operator is blindfolded. A spectator is challenged to hide the pea and shuffle the shells. The blindfold is removed and the operator exposes the pea on the first try!
3. Variation of effect #1 where a shell is exposed and moved to the edge of the screen out of play. With only 2 shells, the spectator is still unable to pick the correct shell when challenged.

Note: To perform the above effects and others, the game requires the use of a small inexpensive item that can be readily found in most households.

Details of how to perform the above effects are disclosed in the end user agreement prior to installation.

• Simple keypad design • Tap each number and hear the number spoken in english and spanish • Tap the STAR (*) and the phone asks them to press a number • Teaches numbers and Spanish and English. Given the choice your toddler will choose to play with your real phone over their toy phone - every time. Now with Phone Friend you can let your toddler p…

Owned by the City of La Quinta and Managed by Landmark Golf Management, SilverRock Resort’s Arnold Palmer Classic Course, a home course of the Bob Hope Classic 2008-2011, is a challenging 7,578 yards, sprawling over 200 acres with massive native bunkers and stunning water features set against the backdrop and natural beauty of the Santa Rosa Mounta…

Free audio player with a tag editor, search for cover, lyrics, automatic saving pauses all files, on shutdown timer, radio, with scrobbling, light and dark theme, and much more. Widgets (you can resize): 2X1 2X2 4X1 4X2 4X4 4X2 and 4X4 can be put on the lock screen Android 4.2 + Why did you choose this player? - It's free. - You store a pau…

This live wallpaper turns your home screen into antique table lit by flickering candle. Candle melts down as battery of your device drains. View rotates as home screen changes, providing you a 360-degree overview of the scene. There are a lot of options to customize the look of objects on the desk. You can change the following: - wood of desk; - b…

This live wallpaper turns your home screen into antique table lit by flickering candle. Candle melts down as battery of your device drains. This is free version of live wallpaper with almost no customization options. Paid version allows you to customize a lot of items in scene. PERFORMANCE Immersive HD graphics are implemented in true 3D using Op… 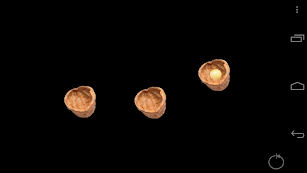 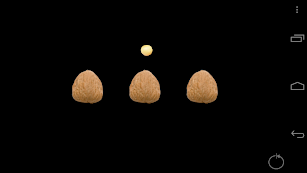