FEATURES:
• Read the latest news!
• Watch the hottest videos, including featured In-App Videos!
• Get information about Bruno!
• View Bruno's Instagram photos!
• Stay connected with his official Facebook and Twitter feeds!
• Voice your opinion on the monthly Fan Poll question!
• Interact with other fans through the Fan Chat!
• Plus so much more!

ABOUT BRUNO MARS: Peter Gene Hernandez (born October 8, 1985), known by his stage name Bruno Mars, is an American singer-songwriter and record producer. Raised in Honolulu, Hawaii, by a family of musicians, Mars began making music at a young age and performed in various musical venues in his hometown throughout his childhood. He graduated from high school and then moved to Los Angeles, California, to pursue a musical career. Mars produced songs for other artists, joining production team The Smeezingtons. Mars had an unsuccessful stint with Motown Records, but then signed with Atlantic in 2009. He became recognized as a solo artist after lending his vocals and co-writing the hooks for the songs "Nothin' on You" by B.o.B, and "Billionaire" by Travie McCoy, which were worldwide hits. He also co-wrote the hits "Right Round" by Flo Rida featuring Ke$ha, and "Wavin' Flag" by K'naan, allowing him to work with an assortment of artists from various genres. Mars' debut studio album, Doo-Wops & Hooligans (2010) peaked at number three on the Billboard 200. Anchored by the worldwide number-one singles "Just the Way You Are", "Grenade" and the hit single "The Lazy Song". The album was nominated for seven Grammy Awards, winning Best Pop Vocal Performance for "Just The Way You Are". His second album, Unorthodox Jukebox (2012), peaked at number one in the United States. The album spawned the international hit singles, "Locked Out of Heaven" and "When I Was Your Man", so far. In addition to his solo music, Bruno has collaborated with numerous other artists, notably being featured on the worldwide hits "Lighters" (with Bad Meets Evil), "Young, Wild & Free" (with Snoop Dogg and Wiz Khalifa) and those already referenced. Mars' work has earned him numerous awards and accolades, including a Grammy, an American Music Awards, one Billboard Music Awards and one BRIT Awards. Since the beginning of his career as a singer, in 2010, Mars has sold 8 million albums and 58 million singles worldwide as a singer. Although as a songwriter, producer and singer, his total single download sales surpass 100 million worldwide. He has achieved a total of five number one singles on the Billboard Hot 100 chart and six singles in top ten, including first place with "Just the Way You Are", which sold 12.5 million copies and contributed to Mars became the best-selling digital artist, in 2011.

DISCLAIMER: Bruno Mars FanFront is not affiliated with or endorsed by Bruno Mars, his management, or his record label. We are simply fans, showing our support for this amazing artist.

Draw with your finger and can save on SD card, can set brush width and color, and eraser is also there.

The Free Aussie App! Learn to speak like an Aussie an understand their lingo. - Translate your English to Aussie (and vice versa). Over 400 words and phrases supported - Upload your translations straight to your Facebook profile (requires login to Facebook via Menu>Connect to Facebook) - Send via SMS and receive Aussie SMS notifications (for…

Current, future and archived digital issues are FREE with app. BoxLife is a magazine that complements an athlete’s commitment to a healthy life. It gives readers the tools they need to enhance their CrossFit™ experience with articles on nutrition, technique, motivation, athlete profiles, product reviews and more! • View, Bookmark & Shar…

With this app you can watch Suryoyo TV on android devices. Please make sure you are on wifi connection to avoid high bills. 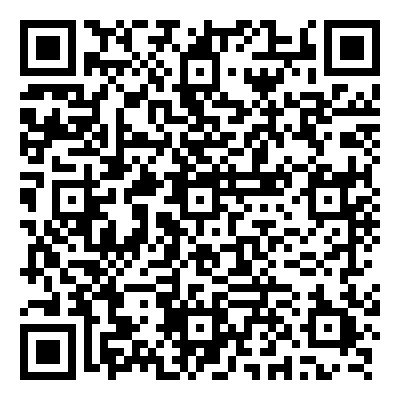