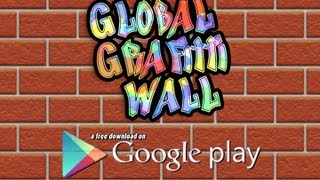 "Speak softly, but carry a big can of paint"

Graffiti Spray is a simple app which doesn't require any registration or personal info for using it. It is an app to let your imagination run wild and unleash your artistic flair. It provides users with two simple things: a wall and a few painting tools to make it into a masterpiece. Thus, users can move through the wall and paint it with a spray, marker, square and circles. Line size and color can be set at taggers' whim. In addition, there's an undo button (only one in a row) and any graffiti can be saved in your mobile device once it's done.

Graffiti would be a regular painting app so far if it weren't for a powerful feature it comes with: the Global Wall. That's an "online" wall shared by all the users. In other words, a wall that can be tagged and painted collaboratively for all Graffiti Spray users. Creating things together is always a great idea. However, there's not enough space in the wall for each user (even though it grows as more users download the app), there's no way to chat with the other users and there's no way to avoid trolls from destroying your ongoing masterpiece.

What's more, the app needs a complete redesign. It should be enhanced to make the most of that idea and turn it into a highly usable app. First off, more painting tools must be added as well as more intuitive erasing tools (the only way so far is a single undo or re-painting the whole wall). Second, the available space in the wall must be larger. Third, it needs a easier way to move through the wall (taping the "move" button each time isn't the most intuitive way to do so).

In brief, Graffiti Spray is good app backed by a great concept. However, more features and a revamped interface would make it reaching higher standards of usability and engagement.

eGraffiti is the easiest drawing app to practice your graffiti, then save it as a picture and share with your friends. Tag the wall or just doodle for fun. eGraffiti has multiple drawing tools to help you design your graffiti masterpiece. Make street art and show it off to your social networks.

Draw and share graffiti With Graffit It, you can take any wall, image or scene and draw graffiti on it. Use photos from you gallery, take a shot on the spot with the camera or use our wall backgrounds. Store and share your creations with your friends. Sketch and plan a real graffiti. Draw on forbidden walls. Deface happily and responsibly...but mo…

This is a clean, simple app that allows you to draw/scribble on your phone and provides the option for saving it.. Features: 19 photo effects Neon,Graffiti effects are available Brush size and color are editable Undo/Redo Import any image and drawing over it Saving your image in gallery No ads Totally Free.

How to Draw Graffitis

Draw Graffiti is an app that teaches you how to draw graffitis step by step. This app is a fun activity for teaching your kids how to draw. It includes a large collection of drawings classified by level of difficulty. In simple steps allow you to perform fantastic drawings, just take a paper and a pencil, choose the graffiti you like and follow s…

Paint, save and watch. Live Graffiti is a drawing application for Android in which you create beautiful pictures with many colors and then after you've finished, you can easily relive the process as a cartoon, as the app remembers your actions and will recreate your artistic drawing from scratch. You can change the size and intensity of the brush,….

Writing captions and text on photo makes a picture look so much better. If you are a stylish, urban person, you will want to decorate your images with something more modern than regular text, like this Graffiti Photo Editor app. Express your personality and current mood with this colorful Graffiti Creator. The popular Graffiti Art can be a part of… 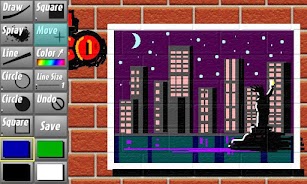 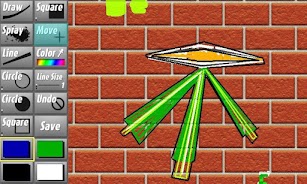 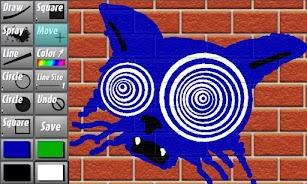 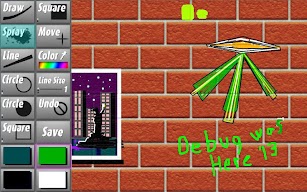 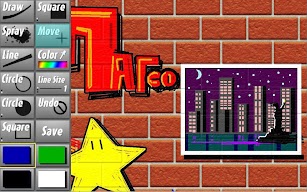