LEGAL NOTICE: This is a fan app and is not officially owned or affiliated with Ellie Goulding. The music provided is from various online media sources. The creator of this app does not own the copyright to the online music referenced by this app. This app is simply aggravating online music sources which are relevant to our users interests.

Elena Jane "Ellie" Goulding (born 30 December 1986)[4] is an English singer-songwriter, multi-instrumentalist and actress from Lyonshall, Herefordshire. Her career began when she met record producer Starsmith and Frankmusik, and she was later spotted by Jamie Lillywhite, who later became her manager and A&R. After signing to Polydor Records in July 2009, Goulding released her debut extended play, An Introduction to Ellie Goulding, later that year.[5]
In 2010, she became the second artist to both top the BBC's annual Sound of... poll and win the Critics' Choice Award at the Brit Awards in the same year, following Adele's win of both in 2008. Goulding released her debut studio album, Lights, in 2010. The album debuted at number one on the UK Albums Chart and has sold over 850,000 copies in the UK. Her cover of Elton John's "Your Song" reached number two in the UK in December 2010 and on 29 April 2011 she performed the song at the wedding reception of Prince William and Catherine Middleton at Buckingham Palace. The album's title track, "Lights", was released in the US in March 2011, and peaked at number two on the Billboard Hot 100 nearly a year and a half later during its thirty-third week charting, completing one of the longest ever climbs into the top two positions on the chart. The single, which lasted over a year on the Billboard Hot 100, was also certified triple platinum by the Recording Industry Association of America (RIAA).[6][7]
Goulding's second album Halcyon was released in October 2012 to generally positive reviews from critics.[8] "Anything Could Happen" preceded the album as the lead single, reaching the top five in the UK as well as the top twenty in Australia, Ireland and New Zealand. Halcyon debuted at number two on the UK Albums Chart, and, after 65 weeks, reached number one. Halcyon debuted at number nine on the Billboard 200 Chart, her first top ten debut in the United States. The album also reached the top five in New Zealand, top ten in Ireland and Canada, and top twenty in Australia.
Halcyon Days, a repackaged edition of Halcyon, was released on 23 August 2013, it included new singles including "Burn", which became her first UK number-one single in the same month, as well as "I Need Your Love" with Calvin Harris and "How Long Will I Love You?". At the 2014 BRIT Awards she received the award for Best British Female.[9]
Influenced by Björk, Imogen Heap, Lauryn Hill and Kanye West, Goulding is recognised for her high piercing vibrato, breathy tone and emotive delivery. As of June 2013, she has sold an estimated three million albums and ten million singles worldwide.[10]

Use SkivaRouter app to easily configure and view Skiva router's settings from any android device. Router can be setup for the first time directly from this App without needing PC or other device. You can monitor the list of connected wireless devices to your router, your internet connection, reboot and upgrade your router right from this app.…

Use mySkiva Private Cloud application to access the USB storage attached to Skiva Router from Home or anywhere in the World. No Setup required! You can sync and share your device photo/video library with your family at home even when you are not at home. You can view your documents, play pictures, video and music files right from the app.

Help the lonely bug which is trying to run on the shiny pipe. You need to rescue the bug by holding (touching screen always) and drag it to move forward (dragging without taking your finger off the screen). Destination may be far far away, but your task is to save the life of a bug. You will be rewarded through out the journey which has dynami…

Circle of Conspiracy was initially put together in 2011, by bass player Petter Lantz (formerly with internationally successful band Lambretta) and guitarist Patrik Sandstrom. Their music is best described as hard and heavy metal with a clear focus on melodies. There are elements of bands like Amaranthe, In Flames, Iron Maiden and Nightwish, but of…

A must for Amazon Merchants who want to access Seller Central from their cellphone! In this version you can: - see how many units you sold today - review all orders - check your inventory - add new products - modify product description / price / etc - ship orders and so much more! Why does this application exist? Because if you are a merchant an… 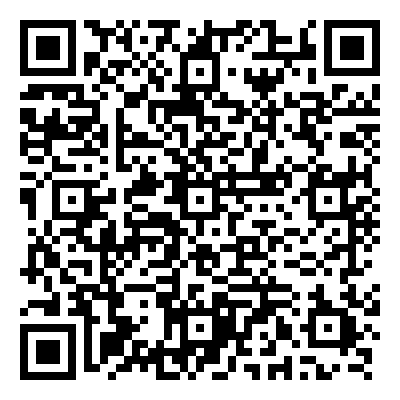