✫ Features
- Ringtones from the latest album
- high resolution images for ever ringtone
- Share Image and Ringtone with others with just one click
- High quality Sounds
Ringtones Included:
✫ Boyfriend
✫ As Long As You Love Me
✫ Beauty and a Beat
✫ She Don't Like the Lights
✫ Take You
✫ Be Alright
✫ Yellow Raincoat
✫ I Would

About Justin Bieber:- Justin Drew Bieber (/ˈbiːbər/; born March 1, 1994) is a Canadian pop musician, actor, and singer-songwriter. Bieber was discovered in 2008 by American talent manager Scooter Braun, who came across Bieber's videos on YouTube and later became his manager. Braun arranged for him to meet with entertainer Usher Raymond in Atlanta, Georgia. Bieber was signed to Raymond Braun Media Group (RBMG), and then to an Island Records recording contract offered by record executive L.A. Reid.

His debut extended play, the seven-track My World, was released in November 2009, and was certified platinum in the United States. He became the first artist to have seven songs from a debut record to chart on the Billboard Hot 100.[10] Bieber's first full-length studio album, My World 2.0, was released in March 2010. It debuted at or near number-one in several countries and was certified platinum in the United States. It was preceded by the single "Baby". He followed up the release of his debut album with his first headlining tour, the My World Tour, the remix albums My Worlds Acoustic and Never Say Never – The Remixes, and the 3D biopic-concert film Justin Bieber: Never Say Never. Bieber released his second studio album Under the Mistletoe in November 2011, when it debuted at number-one on the Billboard 200. Bieber released his third studio album Believe on June 19, 2012, and it became his fourth chart topper in the United States, debuting at number-one on the Billboard 200.

Bieber has received numerous awards, including both Artist of the Year Awards at the 2010 American Music Awards and the 2012 American Music Awards, and was nominated for Best New Artist and Best Pop Vocal Album at the 53rd Grammy Awards. With a global fan base, termed as "Beliebers", and over 40 million followers on Twitter, he was named by Forbes magazine in 2012 as the third-most powerful celebrity in the world. He had earned an estimated US$55 million in the previous 12 months. As of May 2012, Bieber has sold 15 million albums.
Disclaimer :All rights are with their respective owners of the graphics and sounds used in this application

Serving Cinci for all their sweet tooth needs. Brothers Chris and Joey Jenco always loved going to candy stores in their hometown of Naperville, IL as well as while on vacations they took as children. They knew they wanted to bring their favorite parts of all the candy stores they visited into one place located in Cincinnati, OH. Chris and Joey se…

FBFCU Mobile Get the conveniences of mobile banking wherever you are with FBFCU Mobile. FBFCU Mobile is available to all members of the credit union for FREE and allows you to check balances, transfer funds, and find locations all from the palm of your hand. To register, please visit firstbristol.org/mbanking/reg. Available features include: • C…

Welcome to the official Christian Life mobile application. Sign up for events, listen to messages, give, and stay connected through the CL App. For more information about Christian Life, please visit clctn.org. The CLC App was developed with the Subsplash App Platform. Copyright: App: 2017 Subsplash, Content: 2017 Christian Life Church

This app is for use by Hard Rock Global Conference attendees only. “All Is On!” Hard Rock’s 2014 Global Conference will not only highlight the world in which we live and do business, but the continuing strength of Hard Rock and its worldwide partnerships. This app will help you plan your conference by accessing the schedule, get push notificati… 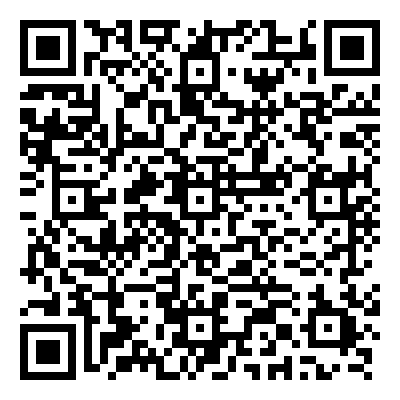