Unofficial fan Music apps plays all the best LL Cool J Songs and music from different online sources. Listen to all your favorite LL Cool J songs easily by having multiple online music sources together in one easy to use app. Play all the best songs and music!

LEGAL NOTICE: This is a fan app and is not officially owned or affiliated with LL Cool J. The music provided is from various online media sources. The creator of this app does not own the copyright to the online music referenced by this app. This app is simply aggravating online music sources which are relevant to our users interests (LL Cool J).

James Todd Smith (born January 14, 1968), better known as LL Cool J (short for Ladies Love Cool James),[1] is an American rapper, entrepreneur, and actor. He is known for pioneering hip-hop tracks such as "I Can't Live Without My Radio", "I'm Bad", "The Boomin' System", "Rock The Bells", and "Mama Said Knock You Out" as well as romantic ballads such as "I Need Love", "Around the Way Girl", and "Hey Lover". He has released thirteen studio albums and two greatest hits compilations, including 2008's Exit 13, the last for his record deal with Def Jam Recordings. His latest album, Authentic, was released on April 30, 2013. He has also appeared in numerous films, including Halloween H20: 20 Years Later, and currently stars as NCIS Special Agent Sam Hanna on the CBS crime drama television series NCIS: Los Angeles.

In March 1984, when NYU student Rick Rubin and promoter-manager Russell Simmons founded the then-independent Def Jam label, 16 year–old St. Albans, Queens native James Todd Smith was creating demo tapes in his grandparents' home.[2] His grandfather, a jazz saxophonist, purchased him $ 2,000 worth of stereo equipment, including two turntables, an audio mixer and an amplifier.[3] Smith later discussed his childhood background and rapping, stating that "By the time I got that equipment, I was already a rapper. In this neighborhood, the kids grow up in rap. It's like speaking Spanish if you grow up in an all-Spanish house. I got into it when I was about 9, and since then all I wanted was to make a record and hear it on the radio."[3] By using the mixing table he had received from his grandfather, Smith produced and mixed his own demos and sent them to various record companies throughout New York City, including Simmons' and Rubin's own Def Jam Recordings.[4]
Under his new stage name, LL Cool J (an acronym for Ladies Love Cool James),[5] Smith was signed by Def Jam, which led to the release of his first official record, the 12-inch single "I Need a Beat" (1984).[2] The single was a hard-hitting, streetwise b-boy song with spare beats and ballistic rhymes.[2] Smith later discussed his search for a label, stating "I sent my demo to many different companies, but it was Def Jam where I found my home."[6] That same year, Smith made his professional debut concert performance at Manhattan Center High School. In a later interview, LL Cool J recalled the experience, stating "They pushed the lunch room tables together and me and my DJ, Cut Creator, started playing. ... As soon as it was over there were girls screaming and asking for autographs. Right then and there I said 'This is what I want to do'."[7] LL's debut single sold over 100,000 copies and helped establish both Def Jam as a label and Smith as a rapper. The commercial success of "I Need a Beat", along with the Beastie Boys's single "Rock Hard" (1984), helped lead Def Jam to a distribution deal with Columbia Records the following year.[8]

My Banglalink App is the one stop solution for self-care services and more. It allows you to have the best experience while availing all the Banglalink services. With this app, you can get to know about all the new and exciting offers from Banglalink. Enjoy the easy, hassle free services from Banglalink in every way; from availing customer care ser… 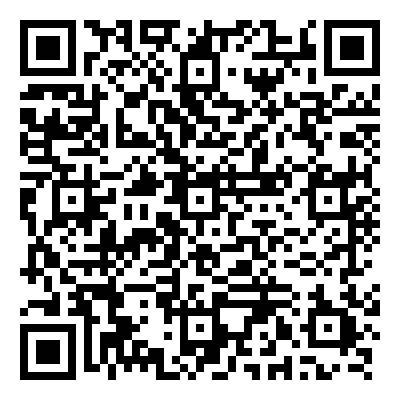