FEATURES:
• Read the latest news!
• Watch the hottest videos, including featured In-App Videos!
• Get information about Miley!
• View Miley's Instagram photos!
• Stay connected with her official Facebook and Twitter feeds!
• Voice your opinion on the monthly Fan Poll question!
• Interact with other fans through the Fan Chat!
• Plus so much more!

ABOUT MILEY CYRUS: Miley Cyrus (born Destiny Hope Cyrus; November 23, 1992) is an American actress and singer. She is the daughter of country singer Billy Ray Cyrus. She made her debut in three episodes of the series Doc before appearing in a minor role for the film Big Fish in 2003. In 2006, she was established as a teen idol with the success of the Hannah Montana franchise, a former Disney Channel sitcom in which she portrayed the role of Miley Stewart and Hannah Montana. Cyrus later recorded numerous songs for the soundtrack of the first season. She later signed a deal with Hollywood Records and released the joint album Hannah Montana 2: Meet Miley Cyrus. The album served as both a soundtrack and Cyrus' debut album, and went on to sell over three million copies in the US alone. The album also spawned the Top 10 hit "See You Again" and the less successful "Start All Over". To promote the album, Cyrus embarked on the Best of Both Worlds Tour, which was later adapted into the 2008 film Hannah Montana & Miley Cyrus: Best of Both Worlds Concert. Cyrus released her first solo album, Breakout, in 2008. The album became her third to top the Billboard 200, and was certified Platinum by the RIAA. Breakout featured the successful singles "7 Things" and "Fly on the Wall". That same year, she launched her film career by appearing as the voice of Penny in the animated film Bolt; she earned a nomination for the Golden Globe Award for Best Original Song for her performance of its theme song, "I Thought I Lost You". In 2009, she starred in the feature film Hannah Montana: The Movie. The film's soundtrack introduced Cyrus to audiences within country and adult contemporary markets. It also featured the hit single "The Climb", which went on to become one of Cyrus' most successful singles to date. With the release of her extended play The Time of Our Lives that same year, she began to cultivate an adult image and developed a more mainstream pop sound. It spawned the highly successful single "Party in the U.S.A.", which went on to become Cyrus' highest peaking single on the Billboard Hot 100 to date. Cyrus further adapted a mature image with the release of the film The Last Song and her third studio album, Can't Be Tamed. The album incorporated more dance elements than her previous efforts, and subsequent performances featured a more sexual theme. Following the album's release, Cyrus chose to focus on her film career. In 2011, she appeared in the drama film LOL alongside Demi Moore. The film featured themes of teenage rebellion and saw Cyrus' character using drugs and drinking. LOL received a limited release, and failed to make back it's budget. She later appeared in the direct-to-video film So Undercover along with Kelly Osbourne. Cyrus' fourth studio album is scheduled for release in 2013 by RCA Records, and is preceded by lead single "We Can't Stop".

DISCLAIMER: Miley Cyrus FanFront is not affiliated with or endorsed by Miley Cyrus, her management, or her record label. We are simply fans, showing our support for this amazing entertainer.

ALIVE (Advanced Learning through Integrated Visual Environments) is a interactive training program that simulates critical decision-making aspects of firefighting and reinforces lessons learned though interactive tactical scenarios. In ALIVE, evidence-based firefighting strategies are divided into a series of steps. At each step, information is pre…

Enjoy this attractive watch without having to constantly unlock your phone. You can use it in sport , home, office...

A Currency Converter You can convert one currency to another currency instantaneously. Application serves 2 different language which is default English and Turkish for Turkish users now. Language is set by the application related to your device's language. Note: Please feel free to give feedback about the application.

Bring the stars down and get a high rating. Jewels Pop is a classic matching game for fans of puzzle games. Tap groups of same-colored jewels to break them, trying to bring down all the starred gems. The game's over whenever the upper line is crossed over, so try to move quickly and think about the best possible moves. The design of the game is col…. 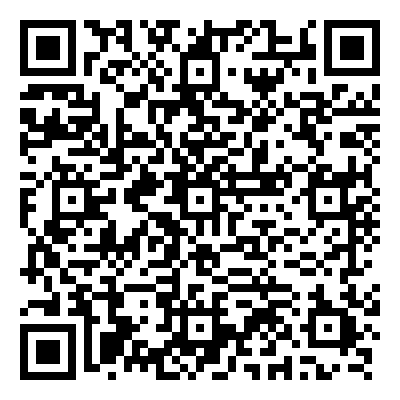