Myley Cyrus news.
Miley Ray Cyrus (born Destiny Hope Cyrus; November 23, 1992) is an American actress and pop singer. She achieved wide fame for her role as Miley Stewart/Hannah Montana on the Disney Channel sitcom Hannah Montana. Cyrus recorded music for the soundtracks, Hannah Montana (2006) and Hannah Montana 2/Meet Miley Cyrus (2007), released by Walt Disney Records. With the success of the Hannah Montana franchise she established herself as a teen idol. In 2007, Cyrus signed to Hollywood Records to pursue a solo career. She embarked upon the Best of Both Worlds Tour the same year, in which she performed as both herself and in character as Hannah Montana. The tour was eventually turned into a high-grossing concert film entitled Hannah Montana & Miley Cyrus: Best of Both Worlds Concert (2008). In July 2008, Cyrus released her first solo album, Breakout (2008), which was commercially successful.
She began her foray into film by providing the voice of "Penny" in the animated film Bolt (2008). Cyrus earned a nomination for the Golden Globe Award for Best Original Song for her performance of Bolt's theme song, "I Thought I Lost You". She also reprised her role as Miley Stewart/Hannah Montana in Hannah Montana: The Movie (2009). The Hannah Montana: The Movie' soundtrack introduced her to new audiences within country and adult contemporary markets.
She began to cultivate an adult image in 2009 with the release of The Time of Our Lives (2009), an extended play which presented a more mainstream pop sound, and by filming The Last Song (2010), a coming-of-age drama film. The former included Cyrus's best-selling single, "Party in the U.S.A." (2009). A studio album titled Can't Be Tamed was released in 2010 and presents a new dance-pop sound. The music video and lyrics of the album's lead single, "Can't Be Tamed", portrays a more sexualized image for the entertainer. Cyrus ranked number thirteen on Forbes' 2010 Celebrity 100.

Find golf clubs located near you! Record and save the scores. Golf Pin app lets you find golf clubs, ranges, and other golf related facilities. You can save the places you like in your favorite list and also perform a custom search. [Contents] Private Golf Clubs, Public Golf Clubs, Golf Ranges, Indoor Golf, Mini Golf, Screen Golf, Golf Shop [R…

The Haskell Indian Nations Univesity Mobile app is a gateway to Haskell information and services, providing convenient access to information about HINU and news announcements for students and alumni. Services include news, announcements, contact information, webmail, Haskell facebook and many more items to come in the near future! Features: Hask…

Japanese most famous place of Sakura, Arashiyama Kyoto. There are many Sakura in the park. You can get the very original Sakura Photo for your phone. Enjoy spring wind and beautiful Sakura.

Can you handle the pressure and keep your wits while you try and disarm the bomb before time runs out. You have 8 attempts to determine the bomb's disarming code. Using clues given about each attempt, you must deduce the correct code. Each time the bomb is disarmed, the game gets more difficult by reducing the timeout. Supports: - No Adverti…

JAZZRADIO.com offers over 35 channels of the best jazz music available. Each one is hand-programmed by a passionate channel manager who is an expert in that style. Find all your favorite styles including Smooth Jazz, Bebop, Vocals, Swing, Big Band, Sinatra Style, and many more! JAZZRADIO.com is the highest ranking and most listened to digital radi…

Start by calculating three “L” shaped connected numbers whose sum equals the target number. Eliminate all correct equations until you uncover the hidden number that DOES NOT work in any equation - no matter what arithmetic you use. Hidden One For Kids is so easy, yet it builds math, logic and reasoning skills by testing your child’s ability to per… 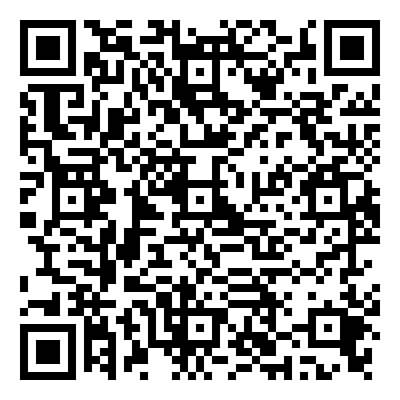