The Biggest dance show of television on STAR Plus

Nothing can ever match up to the original! The show that first brought glitz, glamour and scale to dance on Indian TV is back. India's biggest celebrity dance show - Nach Baliye comes back with a brand new season and a brand new promise, all set to wow audiences on weekends. With 11 sensational celebrity jodis, glamorous new judges and new hosts, Vaseline Presents Nach Baliye Season 5 will air every Saturday at 9 pm from 29th December only on STAR Plus. The three judges this year are Bollywood's favourite dancer, Shilpa Shetty Kundra; blockbuster director & actor, Sajid Khan and celebrity choreographer Terrence Lewis. The show will be hosted by TV heartthrobs Karan Wahi and Gautam Rode. At the centre of all the excitement are the 11 celebrity couples! While Nach Baliye 5 is about dance, it is also about the beautiful chemistry and banter shared by the couples - and winning Jodi will be one that can mesmerize the audience with their moves as well as sizzle with their chemistry on stage. Nach Baliye 5 will be a platform of equals where the two partners will showcase the power of their bond. The essence of the show is that when a husband and wife join hands to forge a partnership of equals, then the power of the duo becomes unbeatable. All year, these celebrities are seen romancing other co-stars on television, but for the first time they will be seen with their real-life partners in this sizzling dance show. The show will give them a chance to spend a lot of time with each other - and in a whole new environment - which will throw up many challenging situations. The show will also be a true test of their bond where working together is essential to get the dance moves right. Eventually it will be the chemistry and compatibility between the couple that will make them win or lose the competition.

"Diabetes" tracks and analyzes key diabetes data like glucose level, description, tags, which you can edit, view on interactive graphs or send them directly to your doctor! The simplest diabetes buddy for diabetics! Key features:  Outstanding and easy to use User Interface  Tracking data: o Innovative TAGS feature for describing any t…

This colorful educational app for Android has all 54 illustrated picture flash cards (plus audio for each card) from the Listening for Absurdities Fun Deck by Super Duper Publications. Select the cards you want students to see, and have them practice their listening, reasoning, and problem solving skills as they tell you what makes each card absurd…

The Michigan Quality Improvement Consortium app features evidence-based clinical practice guidelines and useful tools that you can access on your mobile device. The app allows access to the guidelines and physician tools located on the MQIC website, and once downloaded to your mobile device, you’re able to access the PDF documents when offline and…

This colorful educational app for the Android has all 52 illustrated picture flash cards (plus audio of each card text) from the What’s Being Said? Fun Deck by Super Duper Publications. Select the cards you want students to see, and have them use the cues in the pictures to figure out what the persons or animals in each scene are saying. You may al…

What Does Miss Bee See?

This colorful educational App for Android has all 56 illustrated picture flash cards (plus audio of each card text) from the What Does Miss Bee See? Fun Deck by Super Duper Publications. Select the cards you want students to see, and have them answer the question, “What does Miss Bee see?” for each picture. The prompts include questions like, “What…

Over 450+ word search puzzles in one app. Each puzzle covers a single theme/topic and can be played multiple times with a different game generated each time. A new puzzle creator/editor was added allowing you to create your very own word search games. Popular puzzles include... Television Shows - The Big Bang Theory - The Simpsons - Futurama -…

With over 450 themed puzzles (and growing) we reckon there's hundreds of hours of fun in this tiny little app. With no ads you get a larger playing grid making it easier on the eyes. All puzzles follow a theme such as Hit TV Shows, Movies, Science, Geography etc. Create your own puzzles using the built in editor. Game grids are fully custom… 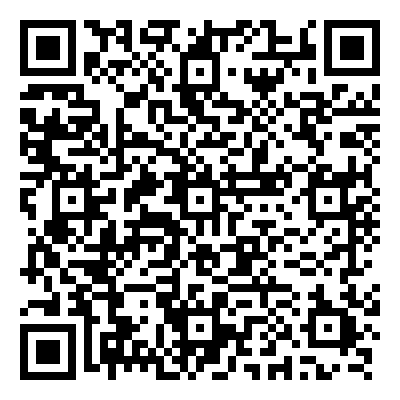