Unofficial fan Music apps plays all the best Prince Songs and music from different online sources. Listen to all your favorite Prince songs easily by having multiple online music sources together in one easy to use app. Play all the best songs and music!

LEGAL NOTICE: This is a fan app and is not officially owned or affiliated with Prince. The music provided is from various online media sources. The creator of this app does not own the copyright to the online music referenced by this app. This app is simply aggravating online music sources which are relevant to our users interests (Prince).

Prince Rogers Nelson (born June 7, 1958), known by his mononym Prince, is an American singer-songwriter, multi-instrumentalist, and actor. He has produced ten platinum albums and thirty Top 40 singles during his career.[1] He has written several hundred songs[2] and produces and records his own music for his own music label.[1] In addition, he has promoted the careers of Sheila E., Carmen Electra, the Time and Vanity 6,[1] and his songs have been recorded by these artists and others, including Chaka Khan, The Bangles, Sinéad O'Connor, and Kim Basinger.
Born in Minneapolis, Minnesota, Prince developed an interest in music at an early age, writing his first song at age seven. After recording songs with his cousin's band 94 East, seventeen-year-old Prince recorded several unsuccessful demo tapes before releasing his debut album, For You, in 1978. His 1979 album, Prince, went platinum due to the success of the singles "Why You Wanna Treat Me So Bad?" and "I Wanna Be Your Lover". His next three records, Dirty Mind (1980), Controversy (1981), and 1999 (1982) continued his success, showcasing Prince's trademark of prominently sexual lyrics and incorporation of elements of funk, dance and rock music. In 1984, he began referring to his backup band as the Revolution and released the album Purple Rain, which served as the soundtrack to his film debut of the same name.
After releasing the albums Around the World in a Day (1985) and Parade (1986), The Revolution disbanded and Prince released the critically acclaimed double album Sign "O" the Times (1987) as a solo artist. He released three more solo albums before debuting the New Power Generation band in 1991, which saw him changing his stage name to an unpronounceable symbol known as "The Love Symbol" (). In 1994, he began releasing new albums at a faster pace to remove himself from contractual obligations to Warner Bros, releasing five records in a span of two years before signing to Arista Records in 1998. In 2000, he began referring to himself as "Prince" once again. He has released thirteen albums since then, including his latest, 20Ten, released in 2010.
Prince has a wide vocal range and is known for his flamboyant stage presence and costumes. His records have sold over 100 million units worldwide, making him one of the best-selling artists of all time.[3] He has won seven Grammy Awards,[4] a Golden Globe,[5] and an Academy Award.[6] He was inducted into the Rock and Roll Hall of Fame in 2004, the first year he was eligible.[7] Rolling Stone has ranked Prince No. 27 on its list of the 100 Greatest Artists of All Time.[8] Prince's music has been influenced by rock, R&B, soul, funk, hip hop, blues, new wave, electronica, disco, psychedelia, folk, jazz, and pop.[1] His artistic influences include Sly & the Family Stone, Parliament-Funkadelic, Joni Mitchell, the Beatles, Johnny "Guitar" Watson, Miles Davis, Carlos Santana,[2] Jimi Hendrix, James Brown, Led Zeppelin, Marvin Gaye, the Isley Brothers, Todd Rundgren[9][citation not found] Duke Ellington,[10] Curtis Mayfield,[11] and Stevie Wonder.[12] Prince pioneered the "Minneapolis sound", a hybrid mixture of funk, rock, pop, R&B and new wave that has influenced many other musicians.[13] 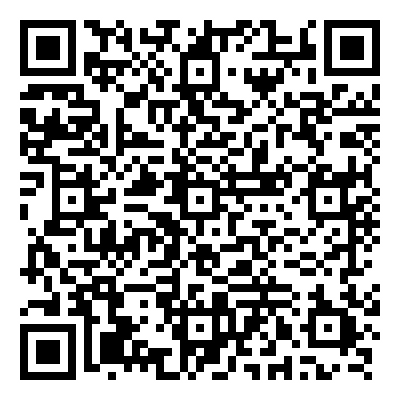