LEGAL NOTICE: This is a fan app and is not officially owned or affiliated with Sean Kingston. The music provided is from various online media sources. The creator of this app does not own the copyright to the online music referenced by this app. This app is simply aggravating online music sources which are relevant to our users interests (Sean Kingston).

Kisean Anderson (born February 3, 1990), better known by his stage name Sean Kingston, is a Jamaican-American rapper, singer and songwriter. He pursued a music career and debuted in 2007 with the album Sean Kingston.

Sean Kingston was discovered on Myspace by Tommy Rotem at Beluga Heights, and signed to the label in a partnership deal with Sony.[7] In an interview with HitQuarters label head and producer J.R. Rotem described this process with regards to Kingston:
"Sean Kingston was a rapper when we found him and it was a development process to get him more melodic. At Beluga we essentially refine the talent so that it's more of a marketable product."[7]
In a venture between Epic Records and Koch Records, Kingston recorded and released the single "Beautiful Girls" in May 2007.[8] The single, based on the bass line and lyrical "association" of the 1961 hit "Stand by Me" by Ben E. King, reached number one on the US Billboard Hot 100 for three weeks and topped the UK Singles Chart along with many other international charts. Similarly, the song "Me Love" samples the main hook out Led Zeppelin's "D'yer Mak'er", from their 1973 album Houses of the Holy. The song also debuted at number one in Australia, where it knocked off Fergie's "Big Girls Don't Cry", which had been at number one for nine weeks. The song stayed on the Canadian Hot 100 number one spot for over six weeks before getting knocked down to third place by the Plain White T's. "Beautiful Girls" remained at number one in Canada longer than any other song in 2007. In 2007, Kingston was the opening act for Gwen Stefani's The Sweet Escape Tour and for select dates on Beyoncé's The Beyoncé Experience Tour. In 2008, he was one of the opening acts for the Australian leg of Kelly Clarkson's My December Tour.[9] Since Sean is a Jamaican singer, he got his stage name "Kingston" from the capital of Jamaica called Kingston, Jamaica.
2009–10: Tomorrow[edit]
The album Tomorrow was released on September 22, 2009. Big-name producers involved in the album included former Fugee Wyclef Jean; RedOne (of recent Lady Gaga fame); plus Sean's original mentor, J. R. Rotem.[10] So far, the singles "Fire Burning", and "Face Drop" have been released. Additionally, five promotional digital singles were released leading up to the album.
Kingston co-wrote Jason Derülo's "Whatcha Say". He also found the R&B-reggae singer Iyaz on MySpace and signed him to his record label.[11] He also recorded the track "Miss Everything" for the UK girl-group Sugababes studio album Sweet 7 which was released March 15, 2010, in the UK. Kingston and DJ Khaled are being featured on Bow Wow's new single "For My Hood", from the upcoming movie, The Lottery Ticket.[12]

Success Tips : For Daily Success in Everything

100 Tips for Success from life experiences that helps you to attain success in your life. Various success factors are discussed deeply with explanations for everyone’s understanding. Daily you will get one notification to read success tips which will give you a success thought to create a success mindset. You will learn about How to be successful i…

The Outdoor Adventure Bucket List allows you to build a outdoor adventure bucket list from a crowd sourced database. Suggesting adventures or add your own. User adventures can be commented on and rated when completed. When completed your adventures are recorded for prosperity on your own personal log. Motivating people to get off the couch! If y… 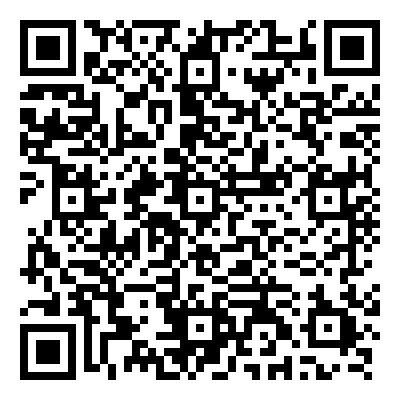