FEATURES:
• Interact with other TBBT fans through the Fan Chat!
• Voice your opinion with a monthly Fan Question!
• Compete with other fan-bases in the Fan Battle!
• Test your skills with the challenging Jigsaw Puzzle Game!
• Stay updated with the latest news on The Big Bang Theory!
• Watch the hottest videos, including featured In-App Videos!
• Read more information about the show!
• View #TheBigBangTheory photos on Instagram!
• Stay connected with the official Facebook and Twitter feeds!
• Plus so much more!

ABOUT THE SHOW: The Big Bang Theory is an American sitcom created by Chuck Lorre and Bill Prady, both of whom serve as executive producers on the show along with Steven Molaro. All three also serve as head writers. It premiered on CBS on September 24, 2007. The show is centered on five characters living in Pasadena, California: roommates Leonard Hofstadter (Johnny Galecki) and Sheldon Cooper (Jim Parsons); Penny (Kaley Cuoco), a waitress and aspiring actress who lives across the hall; and Leonard and Sheldon's equally geeky and socially awkward friends and co-workers, mechanical engineer Howard Wolowitz (Simon Helberg) and astrophysicist Raj Koothrappali (Kunal Nayyar). The geekiness and intellect of the four guys is contrasted for comic effect with Penny's social skills and common sense. Over time, supporting characters have been promoted to starring roles: Leslie Winkle (Sara Gilbert), a physicist colleague at Caltech and, at different times, a lover of both Leonard and Howard; Bernadette Rostenkowski (Melissa Rauch), Howard's girlfriend (later his wife), a microbiologist and former part-time waitress alongside Penny; neuroscientist Amy Farrah Fowler (Mayim Bialik), who joins the group after being matched to Sheldon on a dating website (and later becomes Sheldon's girlfriend), and Stuart Bloom (Kevin Sussman), the cash-strapped owner of the comic book store the characters often visit. The seventh season is scheduled to premiere on September 26, 2013.

DISCLAIMER: The Big Bang Theory FanFront is not affiliated with or endorsed by The Big Bang Theory entities, or CBS. We are simply fans, showing our support for this amazing TV series. No copyright infringement is intended. Please contact us with any questions or requests for content removal.

The Tales of Donkey Ollie are a series of 40 children’s stories based on Donkey Ollie, a well known children’s character seen weekly in millions of Homes. The “Lord’s Prayer” is a delightful collection of stories covering ten parts of the Lord’s Prayer. The “Names of God” details God’s personality through names such as The Great Shepherd. The “Ten…

Over 70 different holes! A simple and intuitive way to play! Now you can enjoy the thrill of Golf on your Android device! Download this game for free and you get to be the new Tiger Woods. No need to play online. You can play wherever you are. You have no excuse for you to throw some holes. Download it now. It's free!

This is an official application from Alvazaratus Saifiyah for all AT TADREES USERS around the globe to send AT TADREES Intimations.

Never forget where and when you parked your car. Tap a button when you want to record your location or even better we can do it for you if your phone is configured to automatically connect to your car audio system using Bluetooth. This is how it works. When you leave your parked car your phone gets disconnected from your car audio system at which…

Our mobile apps (Android and iPhone) and web app allow consumers to obtain on-demand car service. Use Reverse auction bidding to compare car fares for your next ride in a limo, town car, or van and save $$$. Request a ride, have drivers bid on your ride, select the best bid and be on your way.

Guess the names of over 200 football players from their caricatures. Are you the absolutely biggest number one football fan there ever was, is, or will be? Guess'o'Mania's Football Player Quiz puts that intimate football knowledge to the test: how many players can you name based just on their caricatures? Choose a caricature to blow it up large. Sp…. 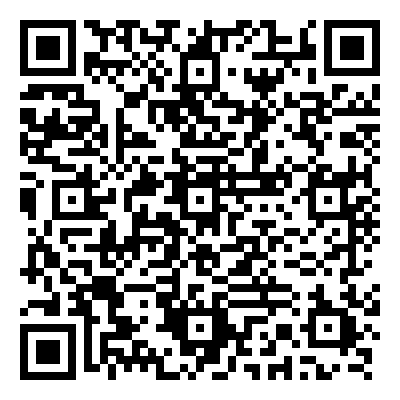