The Walking Dead Dead Yourself

Download APK from previous versions of The Walking Dead Dead Yourself

Although there are at least two other official Walking Dead related apps which are outstanding, it seems that AMC staff kept the worst idea for themselves and launched this Dead Yourself app, which comes to be the umpteenth zombie editor app. And it's rather a quite poor one if we take into account that we are in 2013 and fat/old/alive/dead pic editors are so pre-Instagram.

We'd have liked to see this app bringing any new feature, or at least higher quality results, but it doesn't. It's a pretty standard nonsense app endorsed by a well-known TV show. Its first, only and last virtue is to participate in contests where you can send your most fearsome images while trying to not roll over the floor laughing. This app is updated every time a new season is aired.

Anyway, here's for you Walking Dead fans if you are into completeness. Otherwise, you can look for any other zombifying app, await zombie apocalypse and become a true zombie or, generously, give this app a go if only because there's no harm in playing it for a short while either way.

Transform yourself into a realistic zombie from The Walking Dead with the official free app from AMC.

Simply take or import a photo of yourself and edit your photo using the incredibly realistic zombie eyes, mouths, and props from The Walking Dead; then watch your creation come to life! Spread the infection with in-app sharing capabilities to Facebook, Messenger, Twitter, Instagram, What’s App and many more.

Please note that you must have an active network connection to download all of the 40+ high resolution eyes, mouth, and props.

Halloween Makeup And Dress Up

Happy Halloween y'all! If you need Halloween makeup ideas, put on a scary makeup mask from our costume changer for photo! Scary Halloween Makeup And Dress Up APP can also offer you tons of photography ideas! Transform into demons and spirits, change your appearance and look differently for the scariest holiday of the year! Horror effects photo…

Vampirer is a creative designer Vampire Photo Editor App. Edit your photo for Halloween with horror teeth, horror mouth, scary eyes, devil lenses.Blend Vampire face on your face and add vampire weapons, blood marks on your body in this horror photo editor app. Want to scare or surprise your girl friend or boy friend for this halloween party? Try t…

Take any boring photo and make it hilariously fun by adding photo props in our photo booth. Choose from over 1,000+ realistic props from all different categories. Transform your photo with effects and props in a few simple clicks! The only face changer app with tons of choices. Here are the features of our fun photo booth props: - Over 1,000+ prop…

Make a scary picture prank and fool your friends with Zombie Camera! This cool and spooky photo editor will help you make incredible picture montages and eerie images to spook your bffs and family members. This is a very simple Zombie Effect Photo Editor app that anybody can use – just take a picture or select one from your phone gallery, then choo…

Turn your phone into the Shane's shotgun! Defend yourself of zombies hordes with this real made Shane's shotgun. Shake your phone like a real shotgun to reload and keep going cleaning your way out from zombie walkers walking dead style! Take it with you everywhere you go and be prepared.. anyone could be a zombie!!! your boss, classmates, m… 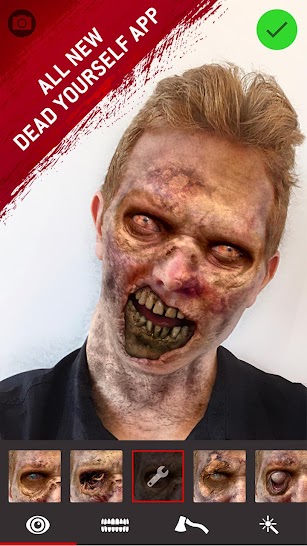 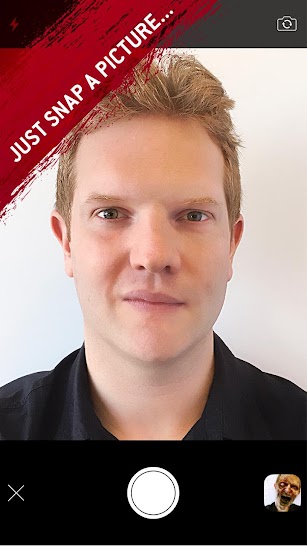 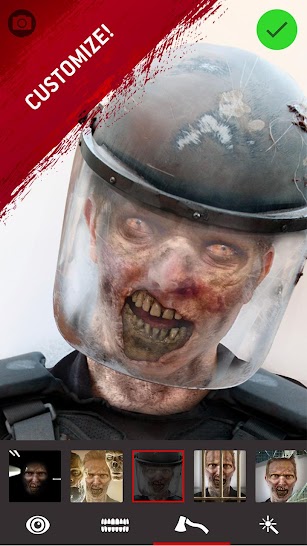 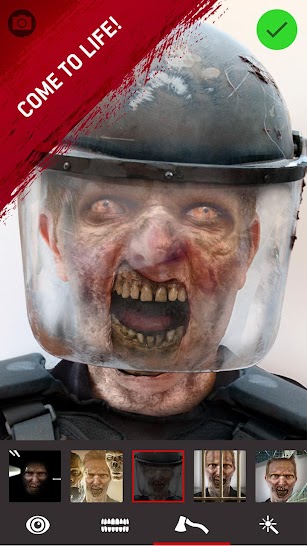