Whitney Houston Music - music and video clips. We welcome you to Whitney Houston's songs, albums, live shows, top charts and hundreds of video clips. This app is a music video library including hundreds of Whitney Houston's songs and videos categorized and cataloged for the user's convenience and joy. All you have to do is choose your desire song or playlist and enjoy the music. Disclaimer: All the videos are taken from YouTube and belong to its own publishers. We do not edit nor add any video or other content. We also recommend you to use YouTube to visit Whitney Houston's channels and playlists and look for more related videos. This app is totally free and its purpose is to spread high quality music and culture among its users. From Wikipedia: Whitney Elizabeth Houston (August 9, 1963 – February 11, 2012) was an American recording artist, singer, actress, producer, and model. In 2009, the Guinness World Records cited her as the most awarded female act of all time. Houston was one of the world's best-selling music artists, having sold over 200 million records worldwide. She released six studio albums, one holiday album and three movie soundtrack albums, all of which have diamond, multi-platinum, platinum or gold certification. Houston's crossover appeal on the popular music charts, as well as her prominence on MTV, starting with her video for "How Will I Know,"[4] influenced several African American women artists who follow in her footsteps. Houston is the only artist to chart seven consecutive No. 1 Billboard Hot 100 hits. She is the second artist behind Elton John and the only woman to have two number-one Billboard 200 Album awards (formerly "Top Pop Album") on the Billboard magazine year-end charts. Houston's 1985 debut album Whitney Houston became the best-selling debut album by a woman at the time of its release.[9] Rolling Stone named it the best album of 1986, and ranked it at number 254 on the magazine's list of the 500 Greatest Albums of All Time. Her second studio album Whitney (1987) became the first album by a woman to debut at number one on the Billboard 200 albums chart. Houston's first acting role was as the star of the feature film The Bodyguard (1992). The film's original soundtrack won the 1994 Grammy Award for Album of the Year. Its lead single "I Will Always Love You," became the best-selling single by a woman in music history. With the album, Houston became the first act (solo or group, male or female) to sell more than a million copies of an album within a single week period under Nielsen SoundScan system. The album makes her the top female act in the top 10 list of the best-selling albums of all time, at number four. Houston continued to star in movies and contribute to their soundtracks, including the films Waiting to Exhale (1995) and The Preacher's Wife (1996). The Preacher's Wife soundtrack became the best-selling gospel album in history." (Taken from Wikipedia)

Little pgn editor for your chess games. - add your games quickly with a configurable chess board. - lookup for your games. - configurable backgrounds. Good if.you wa mt to play against some one that can play blindfold chess.

Roll the dice and obtain results. Dice Cube is an application which presents a box with two dices that you can use to generate random results. Shake the device or tap the top center button to roll the dice and tap any of them to lay them aside, using only the ones you need. In addition, by clicking on the corner button, you'll be able to customize….

Tom Sawyer lived with his Aunt Polly and his half-brother, Sid. Tom dirties his clothes in a fight and is made to whitewash the fence the next day, as a punishment. He cleverly persuades his friends to trade him small treasures for the privilege of doing his work. He trades the treasures for Sunday School tickets which one normally receives for m…

Introducing the new generation of math learning apps powered by handwritten digit recognition. Handwritten input is the most natural for children, no more multiple choice questions or distraction through keyboard input. With our apps kids can better focus on tasks and get a chance to improve their handwriting. This app was designed to help childre… 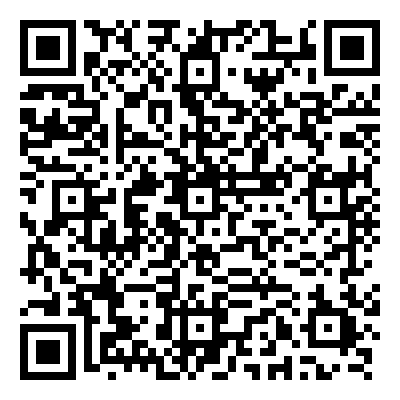