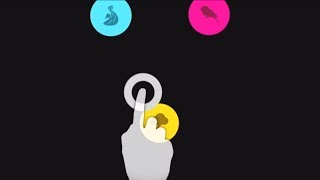 Thanks for all your very positive feedback. It’s great to hear from you, and means a lot to us. Please continue to support TaoMix by spreading the word!

For any question, suggestion, or if in spite of the care with which TaoMix has been developed, you meet any technical problem, please contact us at support@inookta.com
Android
»  Applications
»  Health & Fitness
»  TaoMix - Focus, sleep, relax

"Chill out and take it easy"

TaoMix by deMute is one of those simple apps that make you realize how much we like to be given things already done, but at the same time how much we love to toy with our little stuff. In short, TaoMix is a soundboard with mixing options where sounds come from nature in order to create relaxing (or not so relaxing at all, mix thunders with frogs and you'll have an unexpected growing angst) ambiances. There are multiple uses, from working as a soundtrack for Yoga, Tai Chi or whatever lessons; creating an "organic" mood at home or elsewhere; or even to create sound effects in your Friday night RPG sessions or for your local amateur theater group.

Anyway, the most important feature is how mixes are done, thanks to a intuitive and playful user interface that allows to play with intensity and distance of the sounds in a very illustrative way, similar to a Reactable, roughly speaking. This way, the process of creating the so-called ambiances (atmospheres) becomes a game and a seeking as well, serving as a sort of "inner world mirror", "peace of mind trip", you name it.

That interface, along its playful and insightful nature, makes of this app something it'll surprise anyone who downloads it and spends two minutes in it. It's also one of those apps you'd like to have installed, just in case muses unexpectedly show up.

It can be downloaded and played with for free, no ads, though you have to unlock the full version to get access to all available and yet to come sounds, plus other essential features. Give it a go. Recommended.

We released TaoMix 2, that includes many new sounds and features. You may want to check it out!
--

Let yourself be carried away by your own relaxing ambience which can evolve randomly and at your own speed!

TaoMix features an intuitive interface, a neat and minimalist design and the unique possibility of creating an ambience which can be different every time. The full version lets you choose between more than 55 high quality sounds. Most of them have been recorded or created by ourselves.

Whether you are looking for the perfect ambience for your relaxation and meditation sessions, to practice yoga, enhance your concentration or simply because you love the sound of nature, TaoMix is made for you.

Thanks for all your very positive feedback. It’s great to hear from you, and means a lot to us.
Download TaoMix now and enjoy relaxing sounds for meditation in a unique way!

"It almost makes you feel like a God controlling the weather." - AppReview Central
"TaoMix is a beautiful app that is well worth checking out if you like yoga, meditation, or just need some chill sounds to lower your stress levels at work." - Tapscape
"TaoMix is a new delightful addition to the App Store." - The Smartphone App Review
"It's truly made a positive difference in my life & I'm very grateful." A user

MAIN FEATURES
- Easily create your own unique and relaxing ambience.
- Your ambiences can evolve randomly in time, which allows them to be different every time.
- Intuitive and easy to use interface.
- Neat and minimalist design.
- High quality sounds to mix.
- Use the timer to fall asleep to your self-evolving ambience.
- Save and retrieve your creations: very simple to use before you go to sleep or when you begin your meditation or relaxation session!
- Simultaneously use your device while your relaxing ambience plays in the background: you can listen to your own ambience or use another music application at the same time!
- More high quality sounds to come in the next updates, so send your suggestions!
- Perfect for your relaxation and meditation sessions, yoga practices or even read and write books!

Free version of TaoMix:
- Get access to a part of the sounds, that allows a great number of combinations.
- Mix up to 3 relaxing sounds together.
- No ads, no time limit!

Full version of TaoMix:
- Enjoy all sounds, in all categories.
- Automatically unlocks all sounds that will be added in the future updates.
- Build more complete ambiences: mix up to 10 relaxing sounds together.
- Support TaoMix

PERMISSIONS EXPLAINED
- Read phone state: allows the app to pause sound during phone calls.
- Billing : the full version of TaoMix can be purchased from within the application, using Google’s in-app billing system.
- Vibration : the device will vibrate when some actions are performed.
- Network state : check if the device is connected to the internet. Required to display a warning message when trying to do an action that requires an internet connection but the device is not connected (entering a promo code or purchasing the full version).
- Internet access : internet access is needed to check the promo codes validity.
- Read and write on external storage : TaoMix lets you save and load your ambiences. These ambiences are stored in a database on your device or SD Card, along with your preferences.

QUESTIONS, SUGGESTIONS OR NEED FOR ASSISTANCE?
For any question, suggestion, comment, or if in spite of the care with which TaoMix has been developed, you meet any technical problem, please contact us at :

Relax and Meditate - the relaxing sound of a Singing Bowl mixed with the ambience of a rainforest. Singing bowls produce harmonic sounds, and rhythmic vibrations. Singing bowl sounds provide a calming effect for your body, helping to reduce stress, balance your chakra's and harmonise your spirit. The sound track for this App has been digitally…

It's a perfect anti-stress application. Relaxing Music is the application specially designed for your Android device that will allow you to fully relax wherever you are. Relaxing music for sleeping, soothing music for babies calming nature sounds relaxing sound loops and baby music for baby sleeping and newborn sleep.Additionally, Relax Melodie…

Ambience it's a mixer of relaxing sounds. You can mix many nature sounds and music in order to obtain your ideal relaxed ambience based on your mood. All sounds are high quality! You can use this app for sleeping, meditation, concentration, reading or just relaxing. Minimize anxiety, insomnia, and the symptoms of tinnitus by using this handy…

Calm Meditation Sounds to Improve your life. Take a break in your day to relax and breathe. Discover how meditation and relaxation music can help you find inner peace and improve your life. Peaceful & Natural Sounds for Meditation Best calm music and soothing nature sounds to allow you to create your very own zen studio for mindfulness medi…

Keep Yoga - Yoga & Meditation & Daily Fitness provides health benefits for both your mind and body with 400+ asanas, 10+ yoga session plans and 7 meditation courses. Lose weight, fully relax, sleep better, boost your immune system, and keep a calmer mind with the app. No matter what level you’re at, beginners or expert yogis, this is the b…

The Official app of Noisli.com - The background noise and color generator for working and relaxing. High quality ambient sounds to help you focus while working and to boost your productivity. Noisli is mainly used to drown out annoying noises in order to better concentrate and to enhance productivity, or to create a pleasant audio environment for…

Guided yoga nidra aural meditation. Yoga nidra is "sleeping yoga" - the idea is that you can receive all the calming benefits of yoga even whilst asleep. Spreebytes' Yoga Nidra Meditation app will guide you through sessions of this kind of yoga through soothing audio files. Get comfortable and follow the relaxation instructions given by the female…. 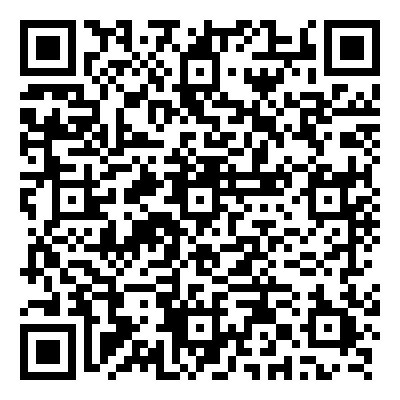 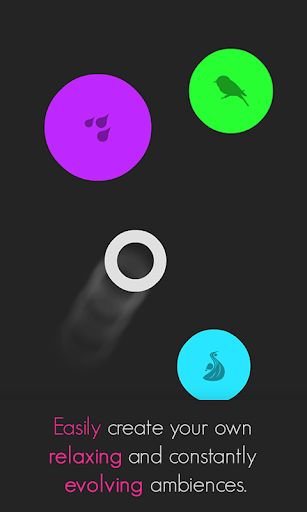 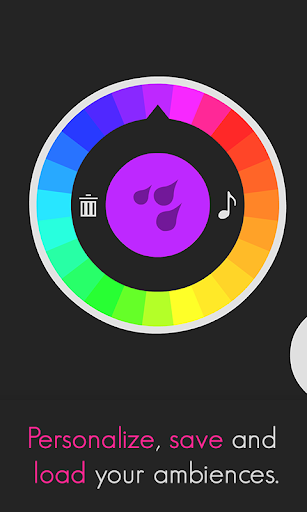 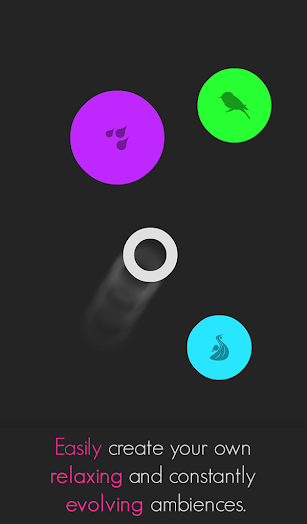 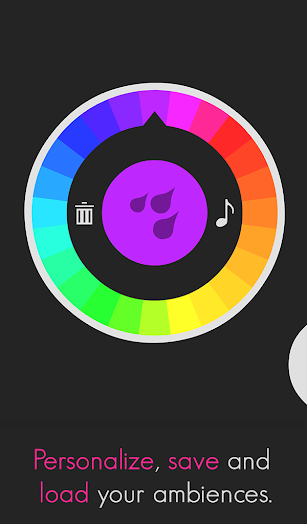 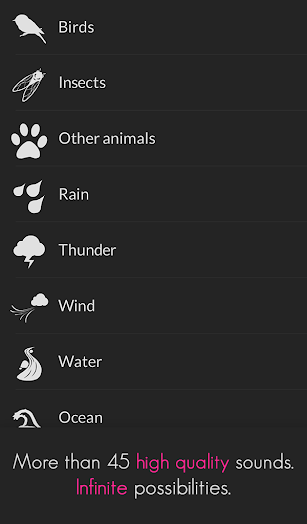 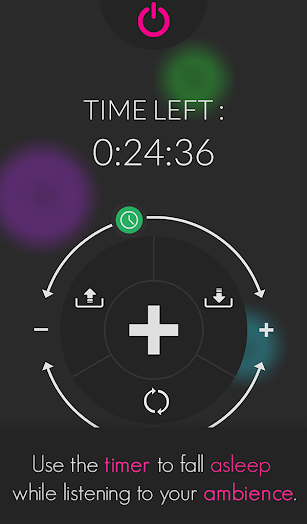 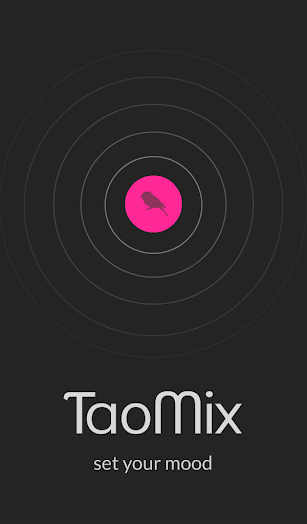 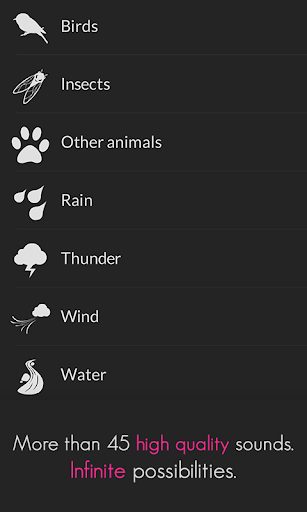 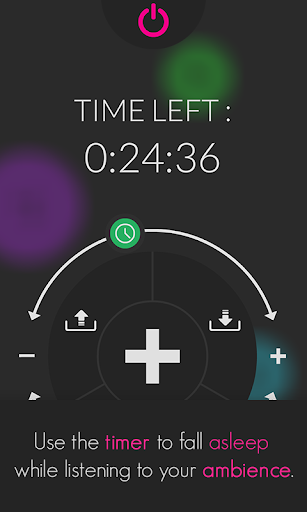 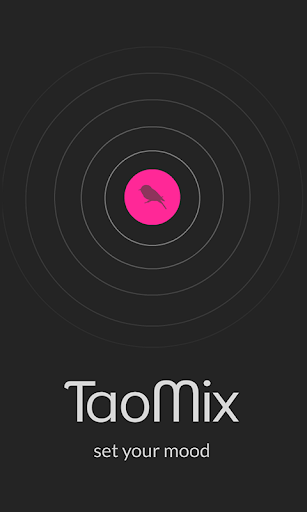 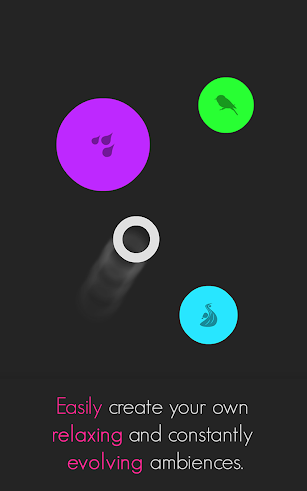 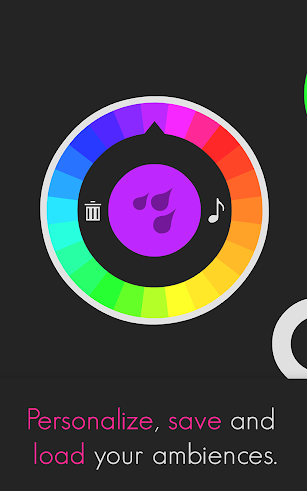 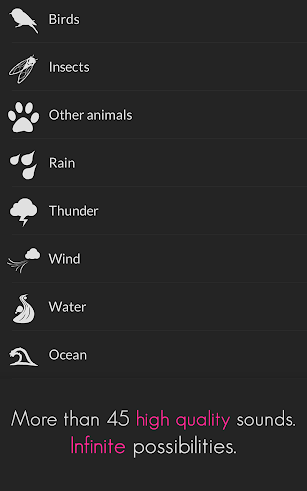 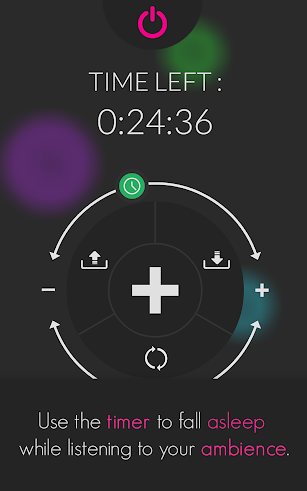 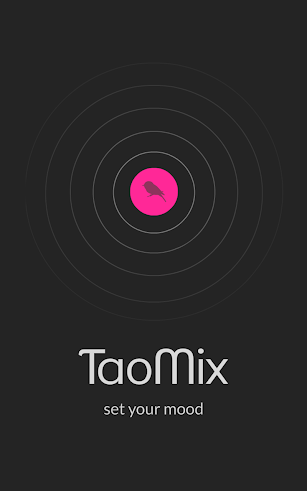