How To Get A Girlfriend

Download APK from previous versions of How To Get A Girlfriend

Android
»  Applications
»  Lifestyle
»  How To Get A Girlfriend

How To Get A Girlfriend
1. Care. A lot. And Show It
If you want to win a woman over, especially if it's early in the game, you need to show that you care, deeply, about her health and welfare.

"Before my husband and I started dating, when we were just, well, sleeping together, I somehow ended up telling him that I had to go to the doctor to have a biopsy done on my cervix because they were concerned I had terrible lady-cancer. He got off the night shift, stayed up until I had to go to the hospital, and then drove me to his place where he set me up on his couch with his pajamas, his bathrobe, a bowl of my favorite cereal, and Lord of the Rings extended editions. Then he went to work, and brought me ice cream when he came home. He stayed awake for 36 hours to make sure I was okay and had everything I needed, and completely pampered me while I recovered. Before we were dating," says Colleen, 29.

"When I was out once with a guy I was seeing named Mike, a random man was bothering my friend Lindsey. Mike stepped in and said "Excuse me sir, she doesn't want you touching her or bothering her so please leave her alone." I thought it was cute that he stood up for not me, but my friend. Also this guy was a lot bigger than Mike — and very drunk," says MS, 26.

"We were dating, I fell off a set of stairs and broke my leg. We weren't anything official yet he took time off work to come and take care of me. What guy does that? He won me over, realized he was a keeper," says Ruthie, Facebook
2. Don't Be Afraid To Be Quirky
Women like men who don't exactly conform to the masses. Being cool is great, but if there isn't some strangeness in there, then it's kinda "meh." It's important to let your quirk shine.

"Last Christmas, my boyfriend's gift to me consisted of multiple components, one of them was a harmonica. I was thinking (and actually said out loud), '...the f*ck'" to which he responded, 'Get it? A harmonica for Monika!' It was pretty endearing," says Monika, 26.

"The guy I was casually seeing, who lived out of town at the time, flew in as a surprise and had someone deliver a hilarious ransom note to me while I was at work. The ransom note was from my beloved stuffed animal frog, Lawn. I spent my whole shift hoping it was he who had done this. It was, and he won my heart with that… then broke it very similarly years later," says Dana, 33.

3. Pretend To Be Someone Else
While being yourself is always recommended, it's OK to stray from that if it means getting someone's attention.

"I got asked out while riding a bicycle once which was super awesome. He had to get my attention by pretending to be a bike cop wanting to give me a ticket for not wearing a helmet, which, for Berkeley at that time, was not uncommon. I thought it was so clever so I went on a date with him," says Cortney, 30-something.

4. Sacrifice Your "Manliness"
I think we can all agree that any man who can show his sensitive side is the kinda guy a lot of women will go crazy for. So, why not really push the limits?

"I had to practice some make-up techniques, and he let me use his face as a canvas. At that point, I was like 'yeah, I'm totally into this guy for playing along,'" says Amber, 25.

5. Fake The Same Interests
Sometimes you'll find yourself sitting across from someone whose interests vary from yours. There's nothing wrong with pretending you're interested in something … even if you have no clue what it is.

"On our first date, Scot asked me what kind of music I liked. I told him I was into indie music, as in the independent music scene. He said he was too, although he couldn't name a favorite band because he 'loved them all.' Several months later he admitted that he had no idea what indie music was and assumed it was from India. It was adorable. To this day, he still says he listens to indie music, although he knows what it is now and actually doesn't," says Jennifer, 34.

A travel guide for the Oodnadatta Track in South Australia’s Outback. Discover the unique plants and trees along this iconic route between Maree and Marla. Help to plan your trip into this part of the outback or make the most of your outback adventure and use while travelling. When connected to a Wi-Fi or cellular data network this app can pro…

A travel guide for the Birdsville and Strzelecki Tracks in South Australia’s outback. Discover the history of these iconic stock routes and the amazing plants and animals of the area. Help to plan your trip into this part of the outback or make the most of your outback adventure and use while travelling. When connected to a Wi-Fi or cellular d…

The newest 3D Bass-fishing game has finally arrived! This time, selection of fishing lures, boats, and guides will be very important! Let's catch the basses, by using guide staffs' advice! Main Features We load the kind function, that guide tells you the locations of fishing points around the field. Therefore, beginner can able to catc…

Free Cinema Online - Watch movies on the go! Watch Filipino (Tagalog) Movies online. This is your one-stop for all full length Filipino movies available online. Updated daily and you may send in your movie request for upload. You can browse through the menu categories: - TRAILERS - ROMANCE - DRAMA - ACTION - HORROR - COMEDY - ANIMATION - CLASSI… 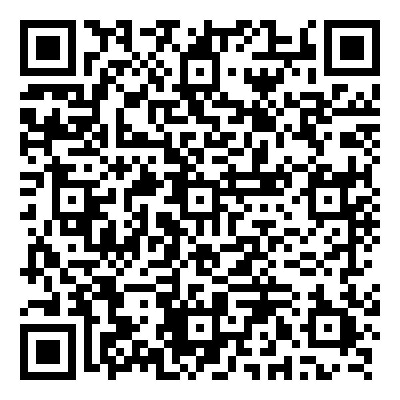 Download APK APK file How To Get A Girlfriend
1.0