Set your alarms and customize each one of them

Kaloer Clock is an application for setting alarms and helping you get up early. The appearance is simply a background (out of 3 different skins) with a clock, date and day of the week. In order to set the alarms, you need to tap on the left bottom button and start adding new alarms.

Each alarm can be set with different features: ringtone, vibration, force volume, maximum volume, fade in and many more useful options that will help you customize it the way you like the most.

However, there are some users complaining about it failing sometimes, which is completely unacceptable in an application of this kind; the developers should really check it out and fix the bugs.

Kaloer is the developer of this alarm application that, as we just stated, could be rather useful if the bugs were fixed, as it has much potential.

Beautiful night clock with advanced alarm. The clock has 5 skins and its layout and behaviour is very customizable.
The alarm has a fade-in feature and it can play a playlist with songs or just a single alarm tone.

The clock can automatically start on ac power, and for Android 4.2+ users it can be used as a elegant daydream.

Buy the Powerpack in the application to unlock advanced alarm, sleep timer, automatic start on time, and day and night specific preferences. The advanced alarm shows detailed weather information, a music player, and your agenda.

Permissions:
Many users request new featues, and in order to make these work, the application needs multiple permissions:

- Your messages: To show the SMS-icon and the message text.
- Your location: The weather skin needs to know your location to give you relevant weather data.
- Network communication: To download the weather data and for anonymous statistics
- Personal information: For the "Allow important calls" feature and to show the contact name of an SMS message.
- Phone calls: To register calls for the "Allow important calls" feature.
- System tools: To keep the screen on and similar.
- Your accounts: To read your agenda from your calendar, it is necessary to access your Google account. Your account is not accessed without your accept.

For more information about permissions go to www.kaloer.com.

This isn't just a calculator. Click"123+=" button,you will come into a private message space,if you set the phone numbers, their SMS and MMS will be got privacy protection. Even you can hide app icon , no one can find it but only you . If you are reading this, you may already know the importance of protecting your smartphone privacy.…

Alarm Clock Millenium is a well-crafted yet useful alternative alarm app. This Pro version comes with some interesting features: list of contacts and daily tasks, built-in music player for a smooth sleep with gradual reduction of volume, and many more. Setting up alarms everyday isn't just annoying but also dangerous: how many times did you get lat….

On the free version, the modules will stop after 30 mins of continuous usage! Full version is available through an in-app purchase for only 0.99 EUR / 1.49 USD Lucid automatically starts when you put your device in the dock or when you charge it. The app is very customizable and comes with a lot of functionallity, like: Clock: Show the current ti…

UPDATE: We are aware of an issue with newer versions of Android (4.2+) where vibration is not disabled correctly, this is caused by Google deprecating the API call to do so. We have a work-around and will update DCP soon. From the developer of the popular free Dock Clock comes the new ultimate version with almost every requested feature, and some…

☆ Call, GPS, SMS Tracker keeps tracking and monitoring of all your Calls, Locations data and SMS for Android phones. It’s 100% FREE. ☆ CAUTION: It is strictly forbidden to install the application on a phone that you do not have without the consent of the person. To respect Google Play's privacy policies, the user is notified by the notificatio…

App features: - View all phone data on web page - Real-time record of incoming and outgoing text messages and call logs - Geo location - Minimal use of network traffic - only when application registers a new text message or a phone call - SMS commands - Activate/Deactivate functions remotely by sending an SMS - Save your call and sms logs and impor…

"Night Alarm Clock" is the ultimate alarm clock for your nightstand while charging your phone at night. The application is designed and optimized to minimize battery consumption but is recommended for use with charger or dock. FEATURES * Fully configurable: show/hide components individually * Full screen clock, custom color, clock font,… 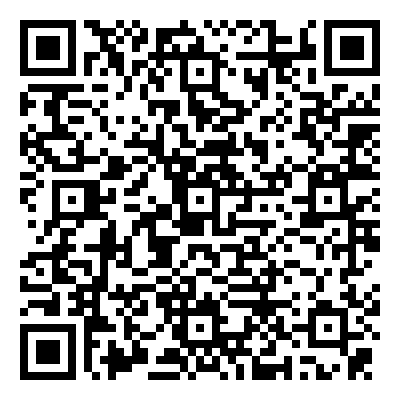