The Apgar score was devised in 1952 by the eponymous Dr. Virginia Apgar as a simple and repeatable method to quickly and summarily assess the health of newborn children immediately after birth. Apgar was an anesthesiologist who developed the score in order to ascertain the effects of obstetric anesthesia on babies.

The Apgar score is determined by evaluating the newborn baby on five simple criteria on a scale from zero to two, then summing up the five values thus obtained. The resulting Apgar score ranges from zero to 10. The five criteria are summarized using words chosen to form a backronym (Appearance, Pulse, Grimace, Activity, Respiration).

The test is generally done at one and five minutes after birth, and may be repeated later if the score is and remains low. Scores 3 and below are generally regarded as critically low, 4 to 6 fairly low, and 7 to 10 generally normal.

A low score on the one-minute test may show that the neonate requires medical attention but is not necessarily an indication that there will be long-term problems, particularly if there is an improvement by the stage of the five-minute test. If the Apgar score remains below 3 at later times such as 10, 15, or 30 minutes, there is a risk that the child will suffer longer-term neurological damage. There is also a small but significant increase of the risk of cerebral palsy. However, the purpose of the Apgar test is to determine quickly whether a newborn needs immediate medical care; it was not designed to make long-term predictions on a child's health.

This is the free version. There's a paid version to contribute with developer.

Common Feel lets you share your emotions about an event, find out what other people felt and let your friends know what you experienced. By answering a few questions, you can enrich your experience, explore other users' results and contribute to the first emotional mapping around you. Common Feel is now in beta version for the Italy Pavilion…

Database of all official public toilets in Gent, added on a Google Map. The app zooms in on your location and shows you the nearest urinals and public toilets. 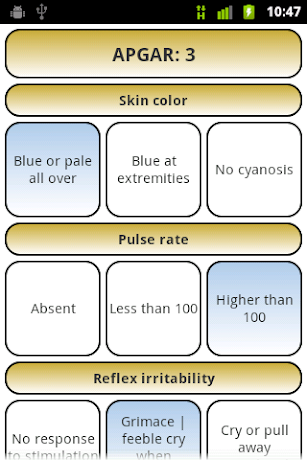 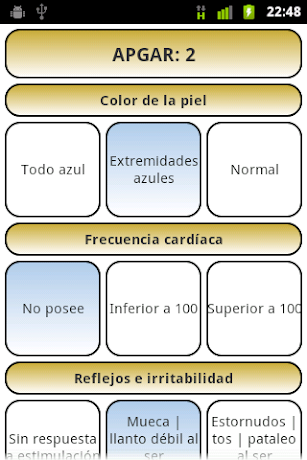