John Christopher "Johnny" Depp II (born June 9, 1963) is an American actor, film producer, and musician. He has won the Golden Globe Award and Screen Actors Guild award for Best Actor. Depp rose to prominence on the 1980s television series 21 Jump Street, becoming a teen idol. Dissatisfied with that status, Depp turned to film for more challenging roles; he played the title character of the acclaimed Edward Scissorhands (1990) and later found box office success in films such as Sleepy Hollow (1999), Charlie and the Chocolate Factory (2005), Alice in Wonderland (2010), Rango (2011) and the Pirates of the Caribbean film series (2003–present). He has collaborated with director and friend Tim Burton in eight films; the most recent being Dark Shadows (2012).

Depp has gained acclaim for his portrayals of such people as Ed Wood in Ed Wood, Joseph D. Pistone in Donnie Brasco, Hunter S. Thompson in Fear and Loathing in Las Vegas, George Jung in Blow, and the bank robber John Dillinger in Michael Mann's Public Enemies. Films featuring Depp have grossed over $3.1 billion at the United States box office and over $7.6 billion worldwide. He has been nominated for top awards many times, winning the Best Actor Awards from the Golden Globes for Sweeney Todd: The Demon Barber of Fleet Street and from the Screen Actors Guild for Pirates of the Caribbean: The Curse of the Black Pearl. He also has garnered a sex symbol status in American cinema, being twice named as the "Sexiest Man Alive" by People magazine in 2003 and 2009. He has been listed in the 2012 Guinness Book of World Records as the highest paid actor, with $75 million.

Depp's first major role was in the 1984 classic horror film A Nightmare on Elm Street, playing the boyfriend of the heroine, Nancy Thompson (played by Heather Langenkamp) and one of Freddy Krueger's victims. Depp was the first choice and was cast to star in the 1986 American skater drama film Thrashin', chosen and cast by the director but ultimately rejected by the film's producer. In 1986, he appeared in a secondary role as a Vietnamese-speaking private in Oliver Stone's Platoon. In 1990, he undertook the quirky title role of the Tim Burton film, Edward Scissorhands. The film's success began his long association with Burton.

The 2003 Walt Disney Pictures film Pirates of the Caribbean: The Curse of the Black Pearl was a major success, in which Depp's performance as the suave but shambling pirate Captain Jack Sparrow was highly praised. Studio bosses were more ambivalent at first, but the character became popular with the movie-going public. According to a survey taken by Fandango, Depp was a major draw for audiences. The film's director, Gore Verbinski, has said that Depp's character closely resembles the actor's personality, but Depp said he modeled the character after The Rolling Stones guitarist Keith Richards. Depp was nominated for an Academy Award for Best Actor for the role.

Depp played the former Heath Ledger character in the 2009 film The Imaginarium of Doctor Parnassus along with Jude Law and Colin Farrell. All three actors gave their salaries from the film to Ledger's daughter, Matilda. He portrayed the Mad Hatter in Burton's Alice in Wonderland, and the titular character in Rango.

Yayvalet is a leading valet parking solution provider allowing customer to efficiently book their valet parking or request their vehicle from a mobile application. Yayvalet saves you time. Yayvalet is free to use. Feel free to download.

Test your photographic memory! The objective of the game is to store the sequence of bubbles which is given initially, and burst them in the same order. More long is the sequence that you complete and better is your visual memory! There are two modes: Arcade and ByLevel. In the Arcade mode you start from the first level which includes only two bubb…

The Indian Telegraph iPad,Iphone, and Android app keeps you updated 24x7 on the latest national and international news, sports, entertainment, videos, business reports, lifestyle and all other relevant news while you are on the move. Features: - Latest news on politics, breaking news, in-depth analysis - Local news - Live cricket scores with…

ConnectCV lets you create an outstanding resume on mobile and web that’s yours to love and use forever. The mobile app provides convenient access to the ever-popular ConnectCV resume builder and career management account. You can create, edit and share your resume via mobile as well as login online for a complete career management experience that… 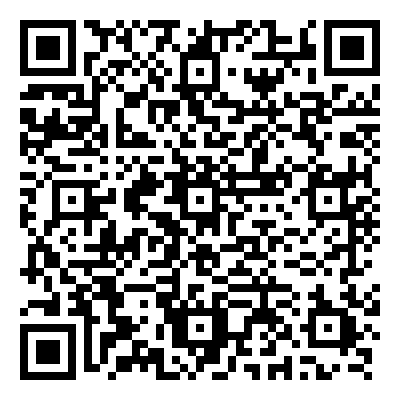