Joseph Leonard Gordon-Levitt (born February 17, 1981) is an American actor, director, producer, and writer. As a child star, he appeared in the films Angels in the Outfield, Beethoven, and 10 Things I Hate About You, and as Tommy Solomon in the TV series 3rd Rock from the Sun.

He took a break from acting to study at Columbia University, but dropped out in 2004 to pursue acting again. He has since starred in (500) Days of Summer, Inception, 50/50, Premium Rush, The Dark Knight Rises, and Looper, and also appeared in The Lookout, Manic, Lincoln, Mysterious Skin, Brick, and G.I. Joe: The Rise of Cobra. In 2013, he starred in the comedy film he also wrote and directed Don Jon, and will appear in the sequel Sin City: A Dame to Kill For as Johnny. He founded the online production company hitRECord in 2004.

Gordon-Levitt joined a musical theater group at the age of four and played the Scarecrow in a production of The Wizard of Oz. Subsequently, he was approached by an agent and began appearing on television and in commercials for Sunny Jim peanut butter, Cocoa Puffs, Pop-Tarts, and Kinney Shoes.

By age six, he was appearing in several made-for-television films. In 1991, he played both David Collins and Daniel Collins in the Dark Shadows television series. During 1992–93, he played in The Powers That Be, a sitcom starring John Forsythe, as a clever young boy named Pierce Van Horne. Also in 1992, he portrayed Gregory Kingsley in the made-for-tv film Switching Parents, based on Kingsley's real life case of "divorcing" his parents. In 1994 he appeared in the Disney film Angels in the Outfield as an orphan who sees angels. In 1996 he began playing Tommy Solomon on the sitcom 3rd Rock from the Sun. The San Francisco Chronicle noted the coincidence that Gordon-Levitt was a "Jewish kid playing an extraterrestrial pretending to be a Jewish kid". Gordon-Levitt was attending Van Nuys High School while acting on the show. During the 1990s, he was frequently featured in teenage magazines, something he resented. He has also said that during this time period, he did not enjoy being recognized in public, saying that he "hates celebrity".

Gordon-Levitt starred in the 1999 film 10 Things I Hate About You, a modern-day adaptation of Shakespeare's The Taming of the Shrew, and voiced Jim Hawkins in Treasure Planet (2002), a Disney adaption of the novel Treasure Island. In 2000, he began attending Columbia University School of General Studies. He studied history, literature, and French poetry. He became an avid Francophile and a French speaker. He said that moving to New York City from his hometown forced him to grow as a person. He dropped out in 2004 to concentrate on acting again.

Gordon-Levitt has said that he made a conscious decision to "be in good movies" after returning to acting. His films include 2001's drama Manic, which was set in a mental institution, Mysterious Skin (2004), in which he played a gay prostitute and child sexual abuse victim, and Brick (2005), a modern-day film noir set at a high school, in which he had the lead role of Brendan Frye, a teen who becomes involved in an underground drug ring while investigating a murder.

Signature Ceramics has been Synonymous with quality since long.Special attention is paid from selection of raw materials to technology evolution. This has enabled us to reinforce our corporate image in the market.We always believe in continuous innovation and consolidation of service and keeping in our tradition now we are presenting "Wall Til…

This app was designed as a final project for EC327 - Introduction to Software Engineering, taught at Boston Univeristy during the Spring 2013 semester. The app was designed as a means for keeping track of and recording workout data. This app can be used in conjunction with many well-known workout programs or it allows you to create your own rout…

We present you this popular rhyme with soothing and powerful visuals to attract a child. The re-construction is a positive event in the history of London. This rhyme speaks to children about this event in a playful beautiful way. This rhyme, London Bridge, is based on the most famous landmarks in London. Its history can be traced to the Roman occ… 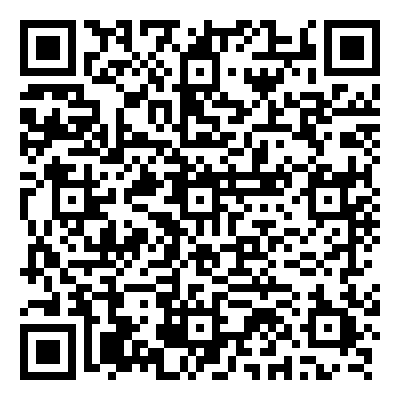