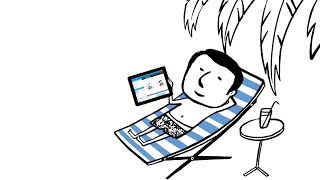 Keep an eye on everywhere

Ivideon is a video surveillance web service that has now launched an Android application, where you can access to your surveillance cameras over the internet and makes sure you have plenty of features to keep an eye on what is important to you.

Even though we haven't been able to try all the features, it seems that one of the differences between this app and other surveillance services is that this one tries to be easy to use and control, with a simple design and a high usability, so you don't need to know special skills in order to install it. In addition, this is a really ambitious application so expect it to grow and become much more bigger than it is now.

Ivideon is perfect for keeping an eye on your house when you're away or even at work, you just need to install the service and use a webcam to control what's happening. Then, with the mobile application, you will be able to watch your videos from wherever you are. You can also check out previous day's footage, which is conveniently stored in Ivideon's cloud service.

As for extra features, you can also mark your surveillance cameras on Google Maps, let your family or friends access to the videos, embed the videos and other various actions you can discovery by visiting the website.

In conclusion, Ivideon Surveillance, a useful app for those who want to control their house, their workplace or anything, really. It's clearly a nice and easy way to work with surveillance cameras, and we think it works perfectly along unskilled or not tech-savvy people. Although we'd like some extra sci-fi features, flat truth is that this may be the best app of its kind we have seen so far. And it's free (for non-commercial uses).

Ivideon is one of the best app for video surveillance, remote video monitoring and video recording for security cameras, DVRs and NVRs.
It will allow you to keep tabs on things while you’re away with event notifications and recordings stored either locally or in the Ivideon cloud.

Ivideon easily supports both single and multiple locations and tracks what matters to you no matter where you are, keeping you updated on important events in real time and storing those events in the cloud for easy access.

Ivideon is scalable, simple and reliable. From a webcam to monitor a home to an IP-camera network serving an international business, Ivideon can handle it.

Every day, more than 2,000,000 individuals and businesses use Ivideon to:

Ivideon is safe. Ivideon is simple to install and maintain. And Ivideon is accessible from anywhere. But with all the functionality of more expensive and complex solutions.

But all cameras—D-Link, Foscam, Trendnet, EasyN, Acti, Edimax, Swann, TP-Link, Logitech, Belkin and many others—can be configured to work with Ivideon quickly and easily. All you need is a computer with an Internet connection and to download our free Ivideon Server app here: http://www.ivideon.com/get/. In five minutes you’re good to go.

See how easy it is for free!

CameraFTP's Mobile Security Camera can easily turn your smartphone into a cloud-based security camera. Compared with other security or surveillance systems, our service is extremely easy to setup, the cost is dramatically lower. It is also more secure as it saves images to the CameraFTP.com secure data center. You can monitor the scene live or…

Vmobile is a mobile video surveillance application provided by QNAP. By connecting Vmobile to Turbo NAS (with Surveillance Station enabled) and VioStor NVR, you can monitor IP cameras and play back recording videos as long as you have network access, and you can connect to and manage your video surveillance system anytime, anywhere. Prerequisites…

TrackView turns your smartphones, tablets and PCs into a connected IP camera with GPS locator, event detection, alert and cloud/route recording capabilities. The Windows and Mac version are available for free download from our website. TrackView has many more features than other security monitoring apps. TrackView offers in-app purchase. Please tr…

IP Webcam turns your phone into a network camera with multiple viewing options. View your camera on any platform with VLC player or web browser. Stream video inside WiFi network without internet access. Optional Ivideon cloud broadcasting is supported for instant global access. Two-way audio supported in tinyCam Monitor on another android device.…

This is the viewer app for CameraFTP's Cloud Surveillance, Security and Monitoring service with unlimited storage space. CameraFTP supports most IP cameras, webcams and mobile devices. This app can play all image cameras and most video cameras (.mp4, .mkv are supported). It supports full screen viewing; you can play it at a faster or slower s…

Please try Lite version of IP Webcam first. Its only limitations are lack of Tasker integration and customizable user interface. IP Webcam turns your phone into a network camera with multiple viewing options. View your camera on any platform with VLC player or web browser. Stream video inside WiFi network without internet access. Optional Ivideon…

Keep an eye on your business, from anywhere, at any time. The site monitor app gives you remote access to your CCTV system to keep track of your business easily, no matter where you are, provided you have a network connected smartphone. Navigate through your videosurveillance secured sites in a list overview to quickly find the camera you search f… 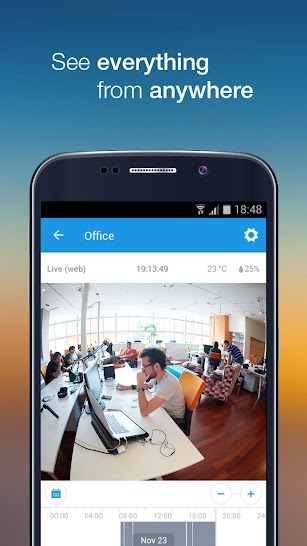 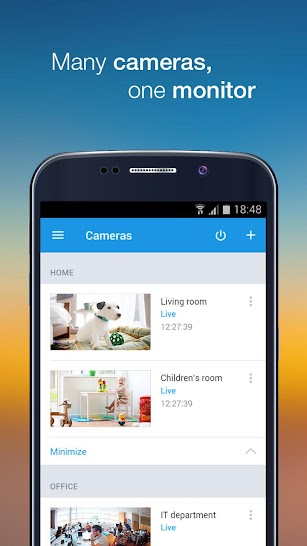 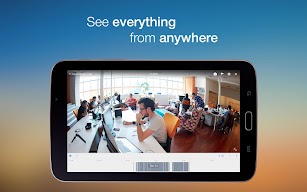 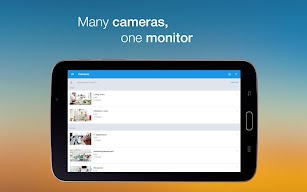 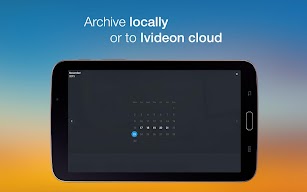 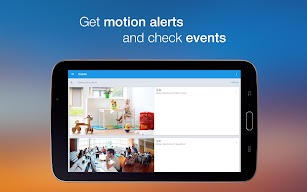 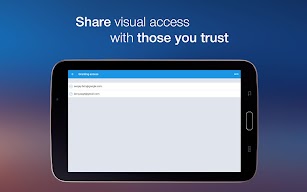 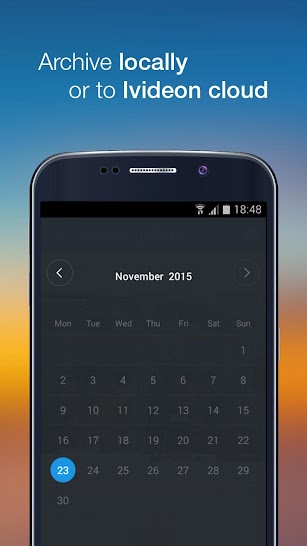 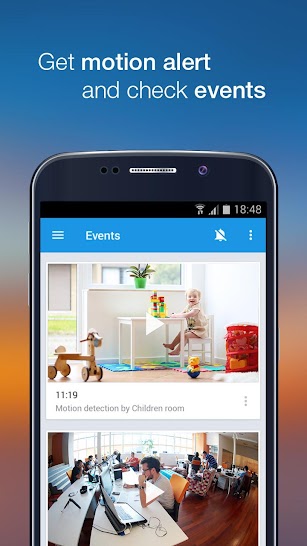 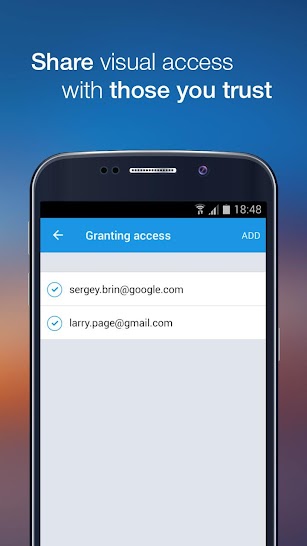 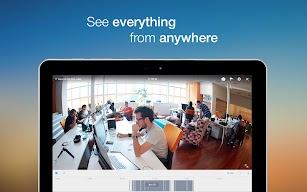 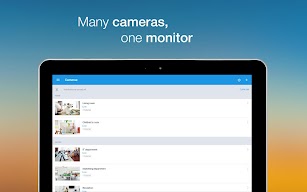 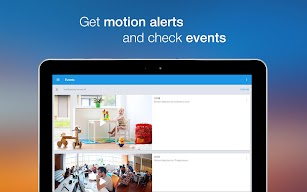 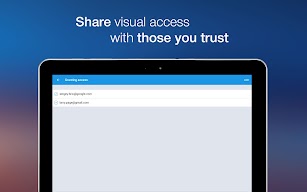