doubleTwist AirSync is a multimedia player (video, music, photos) that allows you to sync them to your PC or Mac

Actually, doubleTwist is an all-in-one player. It doesn't only support video, music and photos, but allows you also to play podcast and listen to streaming worldwide radio stations. Regarding music, you will be able to sort your tracks by artist, album, song title, or even manage your playlist manually or by importing it from your PC or Mac. Actually, this is one of the best features that contains doubleTwist Player. It's a pity that it asks you to upgrade to doubleTwist Airsync ($4.99) to use this feature. Actually, AirSync works also for other media files: import your iTunes playlists, videos and podcasts from your PC or Mac, export them from your phone to your Apple TV, Xbox and PS3 with your device.

If you doesn't want to get the paid version, you will be able to use doubleTwist only as a player for music, videos, podcast and radio station, which isn't a small thing. Set in a cool and clean interface, it's fast and easy to use. The only flaw we've noticed is that the streaming for radio station doesn't work as well as we expected: sometimes it can't connect the station. That should be improved.

doubleTwist AirSync has been developed by doubleTwist ™, a settled developer who's reaching great success with this app, so far the only released by them on the market.

We have to say that this is one of the best media player we've seen on market. Anyway, its added value feature is only available in the paid version, and it would be good to have at least a trial of it. High recommendable.

AirSync iTunes music to Android and sync playlists, albums and artists from your iTunes library on your Mac or PC to your phone or tablet. Sync iTunes over WiFi and AirPlay your music to Apple TV and AirPlay-compatible speakers. Described as the "iTunes for Android", AirSync has been recommended by New York Times, Wall Street Journal and BBC. The most user friendly way to sync iTunes and AirPlay on Android, trusted by millions.

Sync Without Wires! doubleTwist AirSync brings you wireless iTunes sync for music, photos and DRM-free videos with your Mac or PC over your home WiFi network.

Use together with the free doubleTwist Sync desktop app to automatically import iTunes and sync music, playlists, ratings or playcounts from your iTunes library.

Sync DRM-free video files:
Sync and automatic, wireless import of photos and videos from Android to your PC.

doubleTwist AirSync is an upgrade to the free doubleTwist Music Player, unlocking AirPlay, AirTunes and iTunes-sync. If you have previously purchased doubleTwist Pro you do not need to buy AirSync again as it is automatically unlocked for doubleTwist Pro users.

Download links for your desktop or laptop:
You can download the doubleTwist iTunes Sync desktop app at http://www.doubletwist.com

iTunes and AirPlay are registered trademarks of Apple Inc.

AirBubble is a lightweight AirPlay audio receiver. It will appear in AirPlay applications (such as itunes) as a device you can play music to. It works in the background, streaming music to your Android device. This version is fully featured but will exit 30 minutes after each app start (you can start the app as many times as you want). This can be…

doubleTwist Player is a multimedia player (video, music, photos) that allows you to sync them to your PC or Mac. Actually, doubleTwist is an all-in-one player. It doesn't only support video, music and photos, but allows you also to play podcast and listen to streaming worldwide radio stations. Regarding music, you will be able to sort your tracks b….

Requires ROOT access. Currently doesn't support AirPlay 2 released by Apple recently. Please email allstream@kineticgamestudios.com if you would like to try the AirPlay 2 version when available! AllStream sends the music being played on your phone or tablet to your wireless AirPlay, DLNA. or Google Cast speakers. Listen to the audio from any ap…

iSyncr allows you to sync your iTunes library from a PC or Mac including: iTunes playlists, music, podcasts, videos (non-DRM) and more. iTunes song information will also sync, including: album art, ratings, play count, last played, last skipped and more. iTunes content will sync to the internal or SD card storage, over USB/MTP or WiFi. iSyncr will… 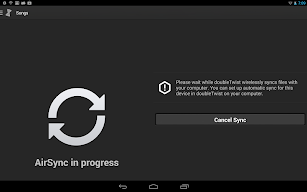 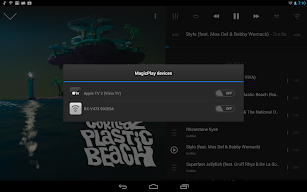 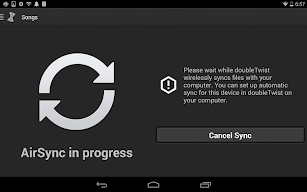 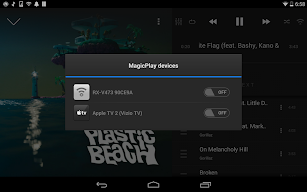 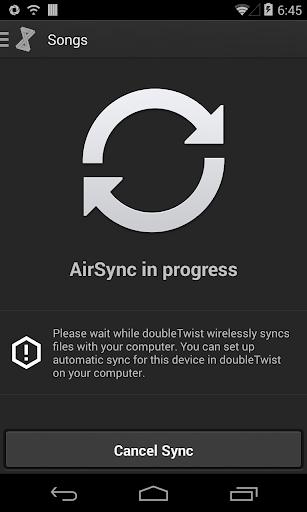 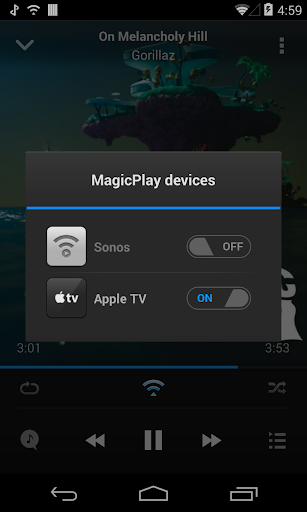