Play Electric Light Orchestra's songs without the need to search for it in YouTube.
Simply type in the song's code from the list and play this virtual JukeBox !

Electric Light Orchestra (ELO) are a British rock group from Birmingham, England, who released eleven studio albums between 1971 and 1986 and another album in 2001. ELO were formed to accommodate Roy Wood and Jeff Lynne's desire to create modern rock and pop songs with classical overtones. After Wood's departure following the band's debut record, Lynne wrote and arranged all of the group's original compositions and produced every album.

Despite early singles success in the United Kingdom, the band were initially more successful in the United States, billed as "The English guys with the big fiddles". They soon gained a cult following despite lukewarm reviews back in their native United Kingdom. By the mid-1970s, they had become one of the biggest-selling acts in music. From 1972 to 1986, ELO accumulated 27 Top-40 hit singles in both the UK and the US. The group also scored 20 Top 20 UK hit singles, as well as 15 Top-20 hit singles in the US (as charted by Billboard magazine). The band also holds the record for having the most Billboard Hot 100 Top 40 hits of any group in US chart history without ever having a number one single.

ELO collected 19 CRIA, 21 RIAA and 38 BPI awards, and sold over 50 million records worldwide during the group's active period of recording and touring.In the late 1960s, Roy Wood — guitarist, vocalist and songwriter of The Move — had an idea to form a new band that would use violins, cellos, string basses, horns and woodwinds to give their music a classical sound, taking rock music in the direction "that The Beatles had left off". Jeff Lynne, frontman of fellow Birmingham group The Idle Race, was excited by the concept. In January 1970, when Carl Wayne left The Move, Lynne accepted Wood's second invitation to join the band on the condition that they focus their energy on the new project.

On 12 July 1970, when Wood added multiple cellos to a Lynne-penned song intended to be a Move B-side, the new concept became a reality and "10538 Overture" became the first Electric Light Orchestra song. To help finance the fledgling band, two more Move albums were released during the lengthy ELO recordings. The resulting debut album The Electric Light Orchestra was released in 1971. (It was released in the United States in 1972 as No Answer, the name being chosen because a record company secretary had tried to ring the UK company and get the name of the album — since they were unable to contact them they left a note saying "No Answer".) "10538 Overture" became a UK top-ten hit. Lynne, Wood and Bev Bevan were the founding members of Electric Light Orchestra. They were joined by Bill Hunt (horns, keyboards) and Steve Woolam (violin) on the debut album.

However, tensions soon surfaced between Wood and Lynne due to problems with management. During the recordings for the band's second LP, Wood left the band taking cellist McDowell and horn/keyboard player Hunt with him to form Wizzard. Despite predictions from the music press that the band would fold without Wood, who had been the driving force behind the creation of ELO, Lynne stepped up to lead the band, with Bev Bevan remaining on drums, joined by Gibson on violin, Richard Tandy now playing the Moog synthesiser in place of Hunt, Mike de Albuquerque on bass and vocals, and Mike Edwards and Colin Walker on cellos.

The new line-up performed at the 1972 Reading Festival.

We are a Swedish webstation broadcasting dance and RnB. We bring you dj´s episodes and live talkshows with the mix of great dance and party music.

Plug in for Tasker and Locale which allows execution of commands on a remote machine via an SSH connection. Supports password authentication and shared key authentication using openSSH dsa or rsa keys. Supports variable substitution so you can use your tasker variables in your commands. Allows access to the output of your command via tasker vari…

Create and conduct surveys for FREE. Survey player allows you to conduct your own surveys. Surveys are created using the Survey Team Manager or directly in XML format. Once the survey is loaded it can be conducted, each answer is stored. The results of the survey can be exported in CSV format, this can be used directly in Excel or imported in a da…

Download the Greater Lexington Apartment Association app for free to take advantage of convenient features like one touch calling and mobile directions! You can also stay up to date on the latest GLAA events and become a member or our exclusive mailing list with the touch of a finger! Check out these useful features! -Get instant directions -One…

TBox Members and Traveling Athletes can use this App to: -Sign in to Classes -Check the Blog -View next days WOD -View Website and FB Page 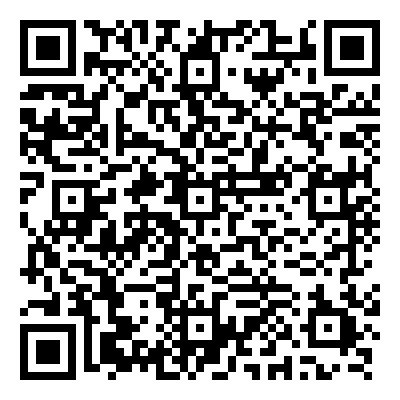