Play Gotye's songs without the need to search for it in YouTube.
Simply type in the song's code from the list and play this virtual JukeBox !

Wouter "Wally" De Backer, also known professionally by his stage name Gotye Born in Bruges, Belgium, in 1980, De Backer immigrated to Australia with his family when he was two years old. They first resided in Sydney, New South Wales before settling in Montmorency, a suburb of Melbourne, Victoria. His parents chose to use the English variation of his name, Walter, when enrolling him in school.

As a youth, De Backer displayed a passion for music, learning various instruments, most notably piano and drums. In his teens, De Backer formed the band Downstares with three of his high school friends, including Lucas Taranto (who still plays in his Gotye live shows). After high school, the members of Downstares went their separate ways, leaving De Backer with no musical outlet.

In 2001, his parents moved into a new home, leaving their old family house in Montmorency, so he could continue his studies at the University of Melbourne where he graduated with a Bachelor of Arts. Two friends moved in with him and the house became affectionately known as The Frat House, where friends would regularly drop by and hang out. The first seeds of Gotye were planted when De Backer was given a large collection of old records. An elderly neighbour, having heard Downstares rehearsing over the years, gave his then-recently deceased wife's LP record collection to De Backer. is a Belgian-Australian multi-instrumental musician and singer-songwriter. The name "Gotye" is derived from "Gauthier", the French equivalent of "Walter" or "Wouter". His voice has been compared to those of Peter Gabriel and Sting.

Gotye has released three studio albums independently and one album featuring remixes of tracks from his first two albums. He is a member of the Melbourne indie-pop trio The Basics, who have independently released three studio albums and numerous other titles since 2002. Gotye's 2011 single "Somebody That I Used to Know" reached number one on the Billboard Hot 100, making him the fifth Australian-based artist to do so and the second Belgian (after The Singing Nun in 1963). He has won five ARIA Awards and received a nomination for an MTV EMA for Best Asia and Pacific Act. On 10 February 2013, he won three Grammy Awards at the 55th Annual Grammy Awards Show: Record of the Year and Best Pop Duo/Group Performance for "Somebody That I Used to Know" and Best Alternative Music Album for Making Mirrors. Gotye has said he sometimes feels "less of a musician, more of a tinkerer."

Gotye is bilingual, speaking both Dutch and English, and also speaks some Japanese, which he had studied at University.After the success of Like Drawing Blood, De Backer was able to establish a permanent home, still in Melbourne's south east. In 2010, he set up a recording studio in a barn at his parents' farm and set about recording tracks for his third album. He released a new single, "Eyes Wide Open", online and on 10" vinyl in mid-October 2010. The "Eyes Wide Open" single received generally positive reviews and reached Number 25 on the Triple J Hottest 100 of 2010. "Eyes Wide Open" was also shortlisted for the 2011 APRA Music Awards in the Song of the Year category.

In late March 2011, De Backer revealed the next album's title to be Making Mirrors. The title was inspired by an artwork his father painted in the 1980s, discovered by De Backer among old bills and newspapers in his parents' barn; it was later edited in Photoshop to become the album artwork. "The mirror reflects on artwork and it is all very related to self-reflection and introspection on the album." De Backer also revealed that the album would see a release in June or July 2011, with a single to precede the release. 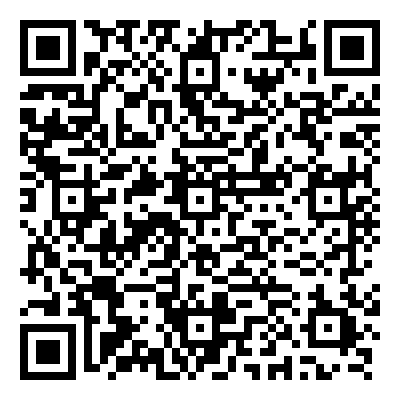