play James Brown's songs without the need to search in youtube.
simply type in the song's code from the list and play.
additionally, you can choose any video of your choice, register it with any available code or word for future easy browsing.
Internet connection is required to use the Jukebox.
Enjoy.

James Joseph Brown (May 3, 1933 – December 25, 2006) was an American singer, songwriter, musician, and recording artist. He is one of the founding fathers of funk music and is a major figure of 20th century popular music and dance. In a career that spanned six decades, Brown profoundly influenced the development of many different musical genres. Brown moved on a continuum of blues and gospel-based forms and styles to a profoundly "Africanized" approach to music making. First coming to national public attention in the mid-1950s as a member of the R&B singing group The Famous Flames, Brown performed in concerts, first making his rounds across the chitlin' circuit, and then across the country and later around the world, along with appearing in shows on television and in movies. Although he contributed much to the music world through his hitmaking, Brown holds the record as the artist who charted the most singles on the Billboard Hot 100 without ever hitting number one on that chart.

For many years, Brown's touring show was one of the most extravagant productions in American popular music. At the time of Brown's death, his band included three guitarists, two bass guitar players, two drummers, three horns and a percussionist. The bands that he maintained during the late 1960s and 1970s were of comparable size, and the bands also included a three-piece amplified string section that played during ballads. Brown employed between 40 and 50 people for the James Brown Revue, and members of the revue traveled with him in a bus to cities and towns all over the country, performing upwards of 330 shows a year with almost all of the shows as one-nighters. In 1986, he was inducted into the Rock and Roll Hall of Fame and in 2000 into the Songwriters Hall of Fame. He is ranked seventh on Rolling Stone magazine's list of the "100 Greatest Artists of All Time."

Brown died on Christmas Day 2006 from heart failure after becoming very ill two days earlier and being hospitalized for hours. He was interred in Beech Island, South Carolina.James Brown was born in Barnwell, South Carolina on May 3, 1933, to Susie (ne'e Behlings) Brown (August 8, 1916 – February 26, 2004) and Joseph ("Joe") Gardner (March 29, 1911 – July 10, 1993) (who changed his surname to Brown after Mattie Brown who raised him). Although Brown was to be named after his father Joseph, his first and middle names were mistakenly reversed on his birth certificate. He therefore became James Joseph Brown, Jr. As a young child, Brown was called Junior. When he later lived with his aunt and cousin, he was called Little Junior since his cousin's nickname was also Junior. Later as an adult, Brown legally changed his name to remove the "Jr." designation. Brown was of African, Chinese and Native American (Apache) ancestry.

As a young child, Brown and his family lived in extreme poverty in nearby Elko, South Carolina, which was an impoverished town at the time. When Brown was two years old, his parents separated after his mother left his father for another man. After his mother abandoned the family, Brown continued to live with his father and his father's live-in girlfriends until he was six years old. Subsequently, his father sent him to live with an aunt, who ran a house of prostitution. Even though Brown lived with relatives, he spent long stretches of time on his own, hanging out on the streets and hustling to get by. Brown managed to stay in school until seventh grade. During his childhood, Brown earned money shining shoes, sweeping out stores, selling and trading in old stamps, washing cars and dishes and singing in talent contests.

Download the Shred415 App today to plan and schedule your classes! From this App you can view class schedules, sign-up for classes, buy class packages, view ongoing promotions, as well as view studio’s location and contact information. You can also click through to our Facebook and Twitter pages! Optimize your time and maximize the convenience of s…

Download the Dance Trance Android App today to plan and schedule your classes! From this Android App you can view class schedules, sign-up for classes, buy class packages, view ongoing promotions, as well as view studio’s location and contact information. You can also click through to our Facebook and Twitter pages! Optimize your time and maximize… 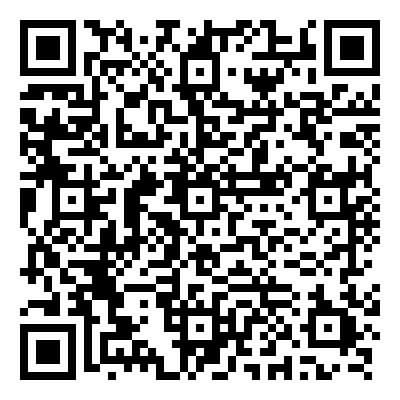