Play Justin Timberlake's songs without the need to search for it in YouTube.
Simply type in the song's code from the list and play this virtual JukeBox !

Justin Randall Timberlake (born January 31, 1981) is an American actor, businessman, record producer and singer. Born in Memphis, Tennessee, he appeared in the television shows Star Search and The New Mickey Mouse Club as a child. In the late 1990s, Timberlake rose to prominence as the lead singer and youngest member of the boy band 'N Sync, whose launch was financed by Lou Pearlman.

During the group's hiatus, Timberlake released his solo studio albums Justified (2002) and FutureSex/LoveSounds (2006); the former spawned hits "Cry Me a River" and "Rock Your Body", while the latter debuted atop the U.S. Billboard 200 and produced the Billboard Hot 100 number-one singles "SexyBack", "My Love", and "What Goes Around... Comes Around". With each album exceeding sales of seven million copies worldwide, he was established as one of the most commercially successful singers. From 2007 through 2012, Timberlake focused on his acting career, effectively putting his music career on hiatus; he held starring roles in the films The Social Network, Bad Teacher, In Time and Friends with Benefits. In 2013, he resumed his music career with his third album The 20/20 Experience (2013), which was preceded by lead single "Suit & Tie". The "second half" of The 20/20 Experience is tentatively scheduled for release in November. Timberlake's work has earned him six Grammy Awards and four Emmy Awards. His other ventures include record label Tennman Records, fashion label William Rast, and the restaurants Destino and Southern Hospitality.Justin Randall Timberlake was born on January 31, 1981 in Memphis, Tennessee to parents Lynn Harless (ne'e Bomar) and Randall Timberlake. He grew up in Shelby Forest, a small community between Memphis and Millington. His paternal grandfather, Charles L. Timberlake, was a Baptist minister, and Timberlake was raised Baptist, though now considers himself more "spiritual than religious". Timberlake's parents divorced when he was three; his mother remarried when he was five. Timberlake's father has two children from his second marriage to Lisa Perry, Jonathan (born 1993) and Steven Robert (born August 14, 1998). His half-sister Laura Katherine died shortly after birth on May 14, 1997, and is mentioned in his acknowledgments in the album *NSYNC as "My Angel in Heaven." At the age of 11, Timberlake appeared on the television show Star Search, performing country music songs as "Justin Randall." In 1993 and 1994, he was a cast member in The Mickey Mouse Club, where his castmates included future girlfriend and pop superstar Britney Spears, future tourmate Christina Aguilera, future bandmate JC Chasez, and future movie actor Ryan Gosling. In 1995, Timberlake recruited Chasez to be in an all-male singing group, organized by boy band manager Lou Pearlman, that eventually became 'N Sync.The boy band 'N Sync formed in 1995, and began its career in 1996 in Europe; Timberlake and Chasez served as its two lead singers. In 1998, the group rose to prominence in the United States with the release of their debut studio album *NSYNC, which sold 11 million copies and included hit single "Tearin' Up My Heart". Encouraged by similar developments with the Backstreet Boys, 'N Sync engaged in a legal battle with Pearlman; they eventually signed with Jive Records. Their second album No Strings Attached (2000) became the fastest-selling album of all time, with first-week sales of 2.4 million copies, and produced a #1 single, "It's Gonna Be Me". 'N Sync's third album Celebrity (2001) was the second-fastest selling album of all time. Upon the completion of the Celebrity Tour, the group went into hiatus in 2002.

We are a Swedish webstation broadcasting dance and RnB. We bring you dj´s episodes and live talkshows with the mix of great dance and party music.

Plug in for Tasker and Locale which allows execution of commands on a remote machine via an SSH connection. Supports password authentication and shared key authentication using openSSH dsa or rsa keys. Supports variable substitution so you can use your tasker variables in your commands. Allows access to the output of your command via tasker vari…

Create and conduct surveys for FREE. Survey player allows you to conduct your own surveys. Surveys are created using the Survey Team Manager or directly in XML format. Once the survey is loaded it can be conducted, each answer is stored. The results of the survey can be exported in CSV format, this can be used directly in Excel or imported in a da…

Download the Greater Lexington Apartment Association app for free to take advantage of convenient features like one touch calling and mobile directions! You can also stay up to date on the latest GLAA events and become a member or our exclusive mailing list with the touch of a finger! Check out these useful features! -Get instant directions -One…

TBox Members and Traveling Athletes can use this App to: -Sign in to Classes -Check the Blog -View next days WOD -View Website and FB Page 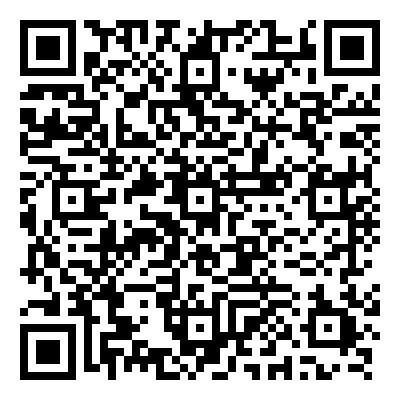