Play Madness songs without the need to search for it in YouTube.
Simply type in the song's code from the list and play, just like a JukeBox !

Madness are an English ska band from Camden Town, London, that formed in 1976. One of the most prominent bands of the late 1970s and early 1980s 2 Tone ska revival, they continue to perform with their most recognised line-up of seven members.

Madness achieved most of their success in the early to mid-1980s. Both Madness and UB40 spent 214 weeks on the UK singles charts over the course of the decade, holding the record for most weeks spent by a group in the 1980s UK singles charts. However, Madness achieved this in a shorter time period (1980–1986).The core of the band formed as The North London Invaders in 1976, and included Mike Barson (Monsieur Barso) on keyboards and vocals, Chris Foreman (Chrissy Boy) on guitar and Lee Thompson (Kix) on saxophone and vocals. They later recruited John Hasler on drums and Cathal Smyth (better known as Chas Smash) on bass guitar. Later in the year, they were joined by lead vocalist Dikron Tulane.

This six-piece line-up lasted until part way through 1977, when Graham McPherson (better known as Suggs) took over the lead vocals after seeing the band perform in a friend's garden. Tikron went on to be an actor under the name Dikran Tulaine. Smyth, who left after an argument with Mike Barson, was replaced by Gavin Rodgers, Barson's girlfriend's brother. McPherson was kicked out of the band for too often choosing to watch Chelsea instead of rehearsing. Thompson left the band after Barson criticised his saxophone playing.

By 1978, the band had allowed McPherson to return, after filling in temporarily for Hasler (who had taken over vocals when McPherson was removed). Thompson returned after patching things up with Barson, and Daniel Woodgate (Woody) and Mark Bedford (Bedders) also joined the band, on drums, replacing Garry Dovey, and bass guitar, replacing Gavin Rodgers, respectively. After briefly changing their name to Morris and the Minors, the band renamed itself as Madness in 1979; paying homage to one of their favourite songs by ska/reggae artist Prince Buster. The band remained a sextet until late 1979, when Chas Smash rejoined and officially became the seventh member of Madness as a backing vocalist and dancer.In 1979, the band recorded the Lee Thompson composition "The Prince". The song, like the band's name, paid homage to their idol, Prince Buster. The song was released through 2 Tone Records, the label of The Specials founder Jerry Dammers. The song was a surprise hit, peaking in the UK music charts at number 16. A performance of "The Prince" on popular UK music show Top of the Pops helped Madness gain public recognition. Madness then toured with fellow 2 Tone bands The Specials and The Selecter, before recording their debut album.

That debut album, One Step Beyond... was released by Stiff Records. The album included a re-recording of "The Prince" and its B-side "Madness", and the band's second and third singles: "One Step Beyond" and "My Girl". The title song was a cover of the B-side of the 1960s Prince Buster hit "Al Capone". One Step Beyond... stayed in the British charts for 37 weeks, peaking at number 2. After the release of "My Girl", the band felt that they had exhausted the material from One Step Beyond..., and did not want to release any more singles from the album. However, Dave Robinson, head of Stiff Records, disagreed. Eventually, a compromise was made, and the band decided to release an EP featuring one album track and three new tracks. The result was the Work Rest and Play EP, which was headlined by the song "Night Boat to Cairo", from the One Step Beyond album. The EP reached number 6 in the UK singles chart.

Talking Goggles can recognize images and speaks out what it finds. - Recognizes almost any image within seconds. Logos, landmarks, books, products, artwork, text and more.. - Shows the description of the image and speaks it out to you. - Speaks it out using the correct accent of your selected language. - Includes a torchlight to assist in readi…

Need help de-stressing, losing weight, or getting to sleep? Digipill is the world's No.1 self-help app. Digipill will help you: • Prevent insomnia • Reduce stress • Gain confidence • Lose weight • Increase motivation Digipill can also help you: • Explore your mind • Be more creative • Get closure from a traumatic experience ...and much more!…

The Business Magazine for Professional Truckers

Use library services from the Baltimore County Public Library on your mobile device, including: search the collection, place a hold, check your account, renew materials, pay your library fees, read librarian reviews of new materials, submit a reference question, and more.

Arabic Keyboard is an on screen keyboard with multiple languages support. This is one of the most customizable keyboard available. Its a Trial version. Need to purchase license after that. Main features: * Multi languages keyboard support via external packages * Completion dictionaries for multiple languages * Change Language while typing * Also co…

Bank wherever you are with ESBMobile for the Android! Available to all Easthampton Savings Bank customers, ESBMobile allows you to check balances, make transfers, and find ESB Branch and ATM locations. Available features include: Accounts - Check your latest ESB account balance and search recent transactions by date, amount, or check number. Re… 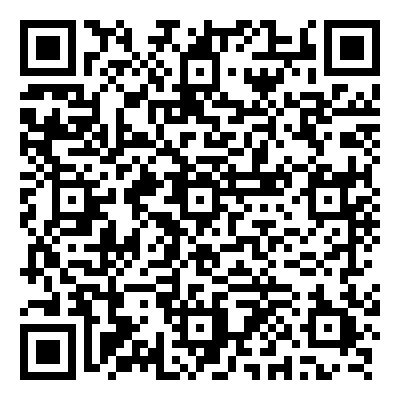