App Features
Press and hold a sound to set sounds as ringtones, notifications, and alarms

funny sound clips from Ozzy Osbourne
--
This app is ad supported and may contain ads in the notification tray and/or home screen.
This is an unofficial free fan app.
Please rate this app 5 stars!
--
Any content not owned by this developer belongs to their respective owners. We are not affiliated with this company. We don't claim any ownership to the characters, images, or content in this app. We believe the images fall under fair use as they are reduced size and excerpted for informational purposes. If there is a copyright issue with content in this app, please contact us and we'll remove it.

John Michael "Ozzy" Osbourne (born 3 December 1948) is a Grammy Award winning English heavy metal vocalist and songwriter. Osbourne rose to prominence as lead singer of the pioneering English band Black Sabbath, whose dark and hard sound helped spawn the heavy metal genre. Due to his distinctive voice and Sabbath's style, Osbourne became known as the "Prince of Darkness". Osbourne is also known as the "Godfather of Heavy Metal".
In the early 2000s, he became a star in his own reality show The Osbournes, alongside wife/manager Sharon and two of their three children, Kelly and Jack. A documentary about his life and career, God Bless Ozzy Osbourne, premiered in April 2011 at the Tribeca Film Festival and was released on DVD in November 2011. Osbourne has achieved multi-platinum status as a solo artist and with Black Sabbath and has sold over 100 million albums worldwide.

John Michael "Ozzy" Osbourne was born in Birmingham, England, on 3 December 1948. His father Jack worked shifts as a toolmaker at GEC. John was the fourth of 6 children; his brothers were Paul and Tony and his sisters were Jean, Iris, and Gillian. The family lived in a small 2-bedroom home at 14 Lodge Road in Aston. He has had the nickname "Ozzy" since primary school; although his first wife Thelma called him "John," Osbourne states that it has been a long time since he has recognized himself when called by his formal name.
Osbourne grew up dealing with dyslexia, attention deficit disorder and other learning disabilities.Drawn to the stage, Osbourne took part in school plays such as The Pirates of Penzance. Upon hearing their first hit single at age 14, he became a great fan of The Beatles.He left school at 15 and was then employed as a construction site labourer, trainee plumber, apprentice toolmaker, car factory horn-tuner, slaughterhouse worker, and even attempted to forge a career in burglary, stealing a television (which fell on him during getaway and had to be abandoned), a handful of baby clothes and bibs (originally thought to be adult clothes too dark to see when he did the burglary); which were stolen to sell to people at a pub, and eventually some T-shirts. He spent six weeks in Winson Green Prison when he was unable to pay a fine after being found guilty of robbing a clothes shop.
In late 1967, Geezer Butler formed his first band, Rare Breed, with Osbourne. The band played two shows, then broke up. Osbourne and Butler reunited in Polka Tulk Blues, along with guitarist Tony Iommi and drummer Bill Ward, whose band Mythology had recently broken up. They renamed themselves Earth, but after being accidentally booked for a show instead of a different band with the same name, they decided to change their name again. They finally settled on the name Black Sabbath in August 1969, based on the film of the same name. The band had noticed how people enjoyed being frightened; inspired, the band decided to play a heavy blues style of music laced with gloomy sounds and lyrics.While recording their first album in a castle, Butler read an occult book and woke up to a dark figure at the end of his bed. Butler told Osbourne about it and together they wrote the lyrics to "Black Sabbath", their first song in a darker vein.

DAYBEES is the best and most comprehensive event finder in the world. From big to niche, free to VIP, local to anywhere, Daybees lists everything. A Million Events In Your Pocket. It's like Google but just for events! 'Best new app" MSN 'Best of everything going on' Click 'Little gem' T3 'A lifesaver for sure'… 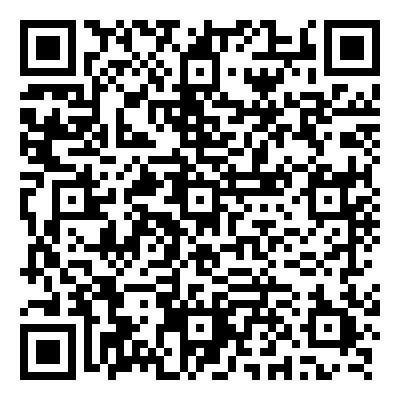