play Queen's songs without the need to search in youtube.
simply type in the song's code from the list and play.
additionally, you can choose any video of your choice, register it with any available code or word for future easy browsing.
Internet connection is required to use the Jukebox.
Enjoy.

Before joining Queen, Brian May and Roger Taylor had been playing together in a band named Smile with bassist Tim Staffell. Freddie Mercury (then known as Farrokh/Freddie Bulsara) was a fan of Smile, and encouraged them to experiment with more elaborate stage and recording techniques after Staffell's departure in 1970. Mercury himself joined the band shortly thereafter, changed the name of the band to "Queen", and adopted his familiar stage name. John Deacon was recruited prior to recording their eponymous debut album (1973). Queen enjoyed success in the UK with their debut and its follow-up, Queen II (1974), but it was the release of Sheer Heart Attack (1974) and A Night at the Opera (1975) that gained the band international success. The latter featured "Bohemian Rhapsody", which stayed at number one in the UK Singles Chart for nine weeks; it charted at number one in several other territories, and gave the band their first top ten hit on the US Billboard Hot 100. Their 1977 album, News of the World, contained two of rock's most recognisable anthems, "We Will Rock You" and "We Are the Champions". By the early 1980s, Queen were one of the biggest stadium rock bands in the world, and their performance at 1985's Live Aid is regarded as one of the greatest in rock history. In 1991, Mercury died of bronchopneumonia, a complication of AIDS, and Deacon retired in 1997. Since then, May and Taylor have infrequently performed together, including a collaboration with Paul Rodgers under the name Queen + Paul Rodgers which ended in May 2009.

The band have released a total of 18 number one albums, 18 number one singles, and 10 number one DVDs. Estimates of their album sales generally range from 150 million to 300 million albums, making them one of the world's best-selling music artists. They received a Lifetime Achievement Award from the British Phonographic Industry in 1990, and were inducted into the Rock and Roll Hall of Fame in 2001.In 1968, guitarist Brian May, a student at London's Imperial College, and bassist Tim Staffell decided to form a band. May placed an advertisement on the college notice board for a "Mitch Mitchell/Ginger Baker type" drummer; Roger Taylor, a young dental student, auditioned and got the job. The group called themselves Smile.

While attending Ealing Art College, Tim Staffell became friends with Farrokh Bulsara, a fellow student who had assumed the English name of Freddie. Bulsara felt that he and the band had the same tastes and soon became a keen fan of Smile. In late 1970, after Staffell left to join the band Humpy Bong, the remaining Smile members, encouraged by Bulsara, changed their name to "Queen" and continued working together. When asked about the name, Bulsara explained, "I thought up the name Queen. It's just a name, but it's very regal obviously, and it sounds splendid. It's a strong name, very universal and immediate. It had a lot of visual potential and was open to all sorts of interpretations. I was certainly aware of gay connotations, but that was just one facet of it."

The official Micky Vendetta app for android. This app utilises the youtube, twitter, news, blog and event feeds so that you can keep up to date with micky vendetta!

ApkRenamer renames automatically apks file in your device. If you have an apk file with a name you do not know, this application allows you to rename it with its original name using various options of renaming.

The "Jim Sold Mine" App is a premium source for real estate in Alaska. Jim Murphy is a real estate professional, who is easy to work with yet works exceptionally hard for you. Discover what Jim has done and what he can do for you. This app allows you to receive his up-to-date listings and the first word on new properties. Jim Murphy,… 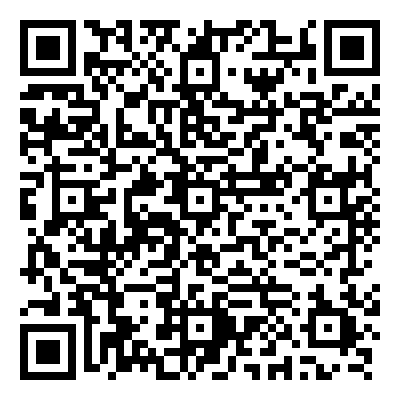