Download APK from previous versions of The Shins Jukebox

Play The Shins songs without the need to search for it in YouTube.
Simply type in the song's code from the list and play this virtual JukeBox !

The Shins are an American indie rock band from Albuquerque, New Mexico, formed in 1996. The band consists of James Mercer (vocals, guitar), Joe Plummer (drums), Jessica Dobson (guitar), Yuuki Matthews (bass), Richard Swift (keyboards) and Nick Teeling (harmonica). The band is based in Portland, Oregon.The Shins began in 1997 in Albuquerque, New Mexico as a side project for singer-songwriter James Mercer, whose primary band was "Flake Music". Mercer had formed Flake Music in 1992 with Neal Langford on guitar, Phil Higgs and then Marty Crandall on bass, and Jesse Sandoval on drums. During the next five years Flake Music released several singles, a full-length album, and began touring largely due to the help of other bands like Modest Mouse.

In 1997, Mercer began writing what would eventually become The Shins' first record. Flake Music came to an end around this time leaving Mercer with an opportunity to record, "Nature Bears A Vacuum" a 7" EP released by Omnibus Records. For their earliest shows, The Shins performed as a duo with Mercer recruiting Sandoval to play drums. "Nature Bears A Vacuum" was released with no expectations of expanding the band's following beyond Albuquerque. However, the single generated enough attention that Mercer felt it necessary to assemble a full band. Martin Crandall was brought into the fold on keyboards, and Dave Hernandez (frontman of local punk legends Scared of Chaka, which had played dozens of shows with Flake Music) on bass.

After a year, during which half the songs on debut album Oh, Inverted World (including "New Slang") were penned, Hernandez left and moved to New York City. He was replaced by Neal Langford, and the group then embarked on a tour with Modest Mouse.At a San Francisco performance with Modest Mouse in 2000, Sub Pop's Jonathan Poneman asked The Shins to contribute a single to the label's Single of the Month Club, which eventually became an offer to release The Shins' 2001 single, "New Slang", and their debut album, Oh, Inverted World. The group spent the rest of the year touring. The release of singles such as "Know Your Onion!" and "The Past and Pending" kept The Shins' success going into 2002, cementing Oh, Inverted World as one of the definitive indie-rock albums of the early '00s and The Shins as one of the genre's leading younger bands. It received critical acclaim for its lyrically deft and jangly pop sound. The song "One by One All Day" was featured in the 2003 film A Guy Thing, starring Jason Lee. Two other songs from this album, ("Caring Is Creepy" and "New Slang") were featured prominently on the soundtrack for the 2004 film Garden State, starring and directed by Zach Braff, exposing the music of The Shins to a much wider audience. Their music was also featured in the television series The OC, Scrubs, the film The SpongeBob SquarePants Movie and they also performed on an episode of Gilmore Girls. Oh, Inverted World appeared at No. 71 on Pitchfork Media's Top 100 Albums of 2000–2004.

The band relocated from Albuquerque to Portland, OR in 2001. Mercer, Sandoval and Crandall made the move. Neal Langford decided to leave the band, staying in Albuquerque so he could continue with another of his passions, professional hot air ballooning. Dave Hernandez (at this point living in nearby Seattle) rejoined The Shins in 2003 playing guitar and bass. The band began tracking new material in Mercer's basement that summer. In an effort to balance the home-recording method used on Oh, Inverted World with a studio finish, producer Phil Ek (Built To Spill, Modest Mouse) was brought in to mix and produce the album. Chutes Too Narrow was released by Sub Pop in the fall of 2003. 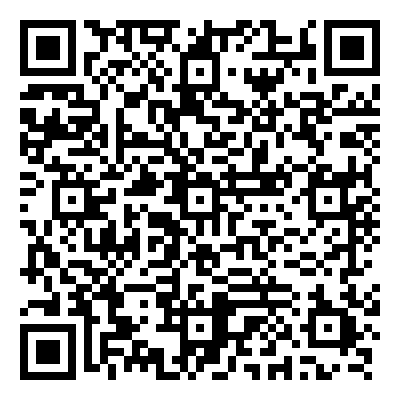