Play Tom Petty's songs without the need to search for it in YouTube.
Simply type in the song's code from the list and play, just like a JukeBox !

Thomas Earl "Tom" Petty (born October 20, 1950) is an American singer-songwriter and multi-instrumentalist. He is the frontman of Tom Petty and the Heartbreakers and was a founding member of the late 1980s supergroup Traveling Wilburys and Mudcrutch. He has also performed under the pseudonyms of Charlie T. Wilbury, Jr. and Muddy Wilbury.

He has recorded a number of hit singles with the Heartbreakers and as a solo artist, many of which remain heavily played on adult contemporary and classic rock radio. His music, and notably his hits, have become popular among younger generations as he continues to host sold-out shows. Throughout his career, Petty and his collaborators have sold 60 million albums. In 2002, he was inducted into the Rock and Roll Hall of Fame.
Tom Petty was born and raised in Gainesville, Florida, and attended Gainesville High School. His interest in rock and roll music began at age 10 when he met Elvis Presley. In the summer of 1961, his uncle was working on the set of Presley's film Follow That Dream in nearby Ocala, Florida, and invited Petty to come down and watch the shoot. He instantly became an Elvis Presley fan and soon traded his Wham-O slingshot for a box of Elvis 45s. In a 2006 interview on the National Public Radio program Fresh Air, Petty said that he knew he wanted to be in a band the moment he saw The Beatles on The Ed Sullivan Show. One of his first guitar teachers was Don Felder, a fellow Gainesville resident, who would later join the Eagles. As a young man, Petty worked briefly on the grounds crew for the University of Florida, but never attended as a student. An Ogeechee lime tree that he planted while employed at the University is now called the Tom Petty tree.

Petty also overcame a difficult relationship with his father, who found it hard to accept that his son was "a mild-mannered kid who was interested in the arts" and subjected him to verbal and physical abuse on a regular basis. Petty was extremely close to his mother, and remains close to his brother Bruce.
Shortly after forming his musical aspirations, Petty started a band known as the Epics, later to evolve into Mudcrutch. Although the band, which featured future Heartbreakers Mike Campbell and Benmont Tench, were popular in Gainesville, their recordings went unnoticed by a mainstream audience. However, their only single, "Depot Street", remains popular amongst fans. The original Mudcrutch included guitarist Danny Roberts who was later replaced by bass guitarist Charlie Souza.

After Mudcrutch split up, Petty reluctantly agreed to pursue a solo career. Tench decided to form his own group, whose sound Petty appreciated. Eventually, Petty and Campbell collaborated with Tench and fellow members Ron Blair and Stan Lynch, resulting in the first line-up of the Heartbreakers. Their eponymous debut album gained minute popularity amongst American audiences, achieving greater success in Britain. The single "Breakdown" was re-released in 1977 and peaked at #40 in early 1978 after the band toured in the United Kingdom in support of Nils Lofgren. The debut album was released by Shelter Records, which at that time was distributed by ABC Records.

Their second album, You're Gonna Get It!, marked the band's first Top 40 album and featured the singles "I Need to Know" and "Listen To Her Heart". Their third album, Damn the Torpedoes, quickly went platinum, selling nearly two million copies; it includes their breakthrough singles "Don't Do Me Like That", "Here Comes My Girl" and "Refugee".

This App help to prepare theory questions of MSCIT Exam. More than 300 questions are available in English and Marathi Language. This app is also for any student who need to prepare general questions on any Computer Course 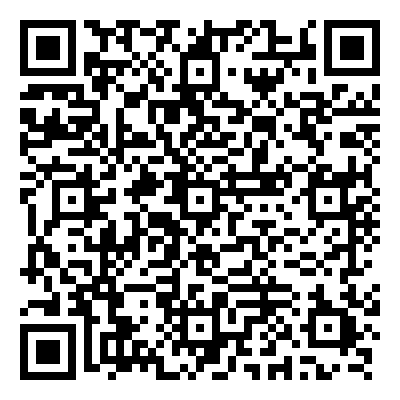