TV on the Radio JukeBox

Download APK from previous versions of TV on the Radio JukeBox

Play TV on the Radio's songs without the need to search for it in YouTube.
Simply type in the song's code from the list and play, just like a JukeBox !

TV on the Radio is an American indie rock band formed in 2001 in Brooklyn, New York, whose music spans numerous diverse genres, from post-punk to electro to soul music.

For the bulk of their existence, the core TV on the Radio lineup has been Tunde Adebimpe (vocals/loops), David Andrew Sitek (guitars/keyboards/loops), Kyp Malone (vocals/guitars/bass/loops), Jaleel Bunton (drums/vocals/loops/guitars) and Gerard Smith (bass/keyboards) as official members. Smith died from lung cancer on April 20, 2011. The band has replaced Smith for their current tour but have not yet announced their long term plans as a band without him.

Other contributors have included David Bowie, Nick Zinner of Yeah Yeah Yeahs, Peter Murphy of Bauhaus, Trent Reznor of Nine Inch Nails, Kazu Makino of Blonde Redhead, Martin Perna of Antibalas and Katrina Ford of Celebration.The first release from TV on the Radio (initially just founding members Adebimpe and Sitek) was the self-released OK Calculator (the title being a reference to Radiohead's album OK Computer) They were later joined by Kyp Malone, and released the Young Liars EP in 2003 to critical acclaim. This was followed by the full-length Desperate Youth, Blood Thirsty Babes which earned the band the 2004 Shortlist Music Prize. They released a second EP, New Health Rock, later that year.

Their third album, Return to Cookie Mountain, leaked in early 2006 and garnered pre-release praise from such outlets as Pitchfork Media before its official release in July overseas. U.S. and Canadian release was in September on Interscope. The album received critical acclaim after its release from many sources, including Spin magazine which named Return to Cookie Mountain its Album of the Year for 2006. The album features guest appearances from David Bowie, Omega Moon, Celebration, Dragons of Zynth, Martin Perna and Stuart D. Bogie of Antibalas, Blonde Redhead, Yeah Yeah Yeahs' Nick Zinner. Bowie contributed back-up vocals on the song "Province". In promotion of the album, the band performed " Wolf Like Me" on the Late Show with David Letterman, which has garnered over 2 million views on YouTube. During the U.S. tour, the band performed a few covers with Bauhaus singer Peter Murphy and Nine Inch Nails frontman Trent Reznor.

The band's 4th album, Dear Science, was released September 23, 2008 on Interscope. It was made available for streaming on their Myspace page and subsequently leaked onto the internet on September 6, 2008. The album received widespread critical acclaim. It was named the best album of 2008 by Rolling Stone, The Guardian, Spin magazine, The Onion AV Club, MTV, Entertainment Weekly, the Pitchfork Media's readers poll as well as the Pazz and Jop critic's poll. It was also named the second best album of 2008 by NME and the fourth best album of 2008 by Planet Sound.

UVO eServices is a Kia Motors America's telematics service that provides the following features: 1. Vehicle Diagnostics: Diagnose whether problems exist within major vehicle features. If an abnormality exists, you can call Kia Roadside Assist or schedule a service appointment with any Kia Dealership directly from the vehicle or using the UVO a…

Hey there! Thanks for your interest in My Ears. My Ears is a great app that acts like your third ear. It uses the microphone on your device to listen in the background. In your daily life, if something occurs that you wish you had an audio recording of, simply click on the widget or the icon with the red dot. My Ears will allow you to go back in t…

Tell what happened to you during Hurricane Sandy and earn money for charity! When you run this app, you participate in a study conducted by Northeastern University. The goal of the study is to find out how people use their cell phones during a natural disaster. The study donates $3 to food banks in New Jersey and New York City for each person…

Official app of RVN Band. The RVN Band is one of the most ministry oriented, Christian bands you will find anywhere. For RVN, it's not just about the music... it's about advancing the Kingdom!!! 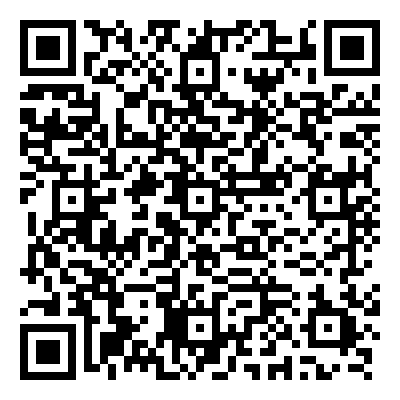