The Brixner, a German-language local magazine in South Tyrol/Alto Adige, Italy, has been published monthly since 1990 and is distributed free of charge to around 11,000 households in Brixen (Bressanone) and vicinity. Since 2010, it can also be read as an e-paper on the Internet, and beginning in 2012, the Brixner also appears as BrixnerPlus: with the Android app, the reader receives the Brixner enhanced with multimedia content.

The Brixner is a magazine with deep local roots which contains reports in the areas of politics, culture, sports, clubs and associations, and business. In South Tyrol/Alto Adige, the magazine is regarded as the model of an excellently conceived and formulated local publication.

The headquarters of the editorial offices are located in Brixen, and the editor-in-chief is Willy Vontavon.

The Brixner app is available to you free of charge in the Google Play Store. In the app, you will find the title pages of all of the issues that are available, which you can then also read immediately or download free of charge on your Android device. There are thus no longer any boundaries to your reading pleasure: in offline mode, you no longer need an Internet connection to access the Brixner or the corresponding multimedia content such as videos, audio recordings, and image galleries.

If you are a “Point and Click” graphic adventure fan, this is your game! Developed specially for tablets and smartphones, but with an old SCUMM game soul! Pirlock, deprived from his rights to the Badminton earldom, lives as a fortune soldier in a frontier watchtower. But today he receives an unexpected visit. Perhaps this could be the beginning o…

For members of the Falls Catholic Credit Union in Cuyahoga Falls, Ohio; access your account balances, transfer funds, pay loans, and get account history from your mobile device. Also, use your Android phone or tablet to take control of your finances and map the nearest Branch, or ATM, plus get recent Statements and manage your mobile text alerts fo…

The Asbestos Specialists are a dedicated asbestos awareness and management-training provider. This App is designed specifically for the provision of asbestos awareness training for the construction and refurbishment trades and industries. Providing easy access to fully approved and accredited training in compliance with current UK legislation.

Probably the most simple application for taking notes ... Take notes with ease and the fastest way possible with its simple interface: - Highlight your most important notes, - Edit them in a flash, either the keyboard or voice, - Share it with your favorite applications (SMS, Email, Drop box, etc ...) - Lock your private notes, - Encryption n…

Let this simple game give you pointers on career progression. 10Eighty is a pioneering consultancy that is focused on ROI and demonstrable improvements in organisational and people performance.

Designed specifically with you in mind, we combined our communication channels into one interface for ease-of-use and convenience. The app allows you to quickly access Enhanced news, blog, Twitter and Facebook activity. In addition, you can log into Enhanced Mobile Client Portal to check your account and chat* with Client Services. 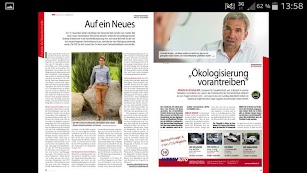